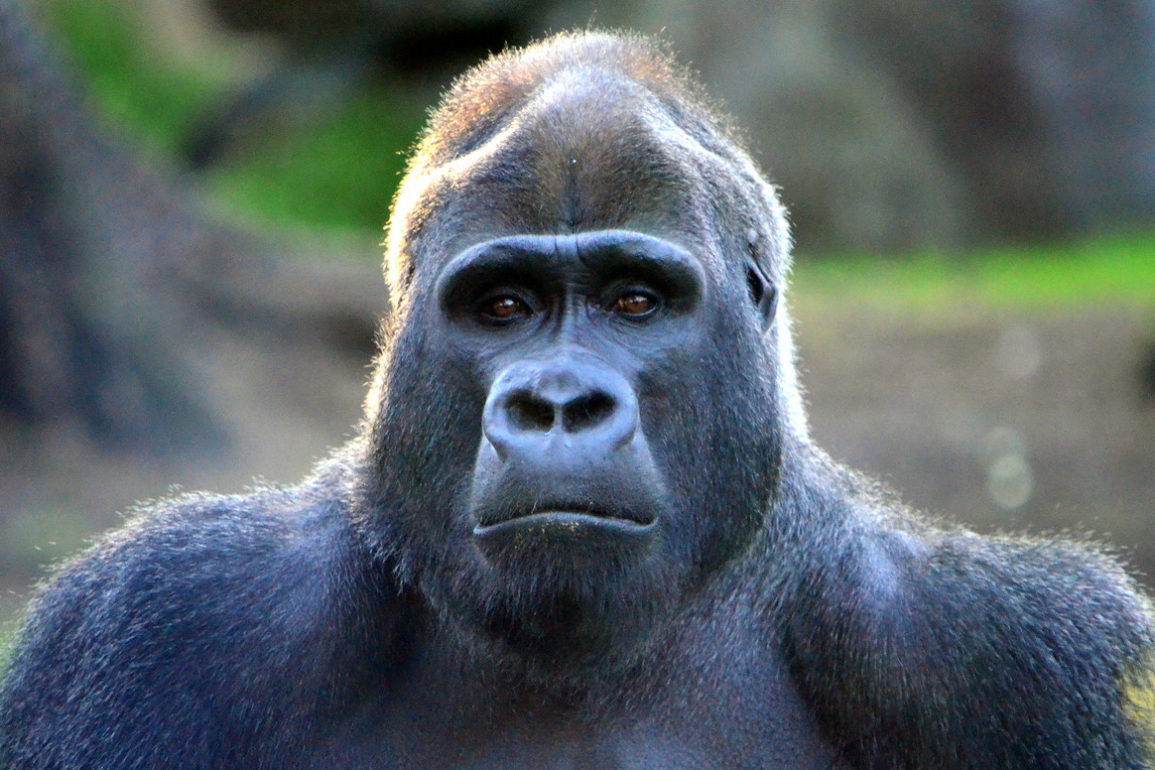 The night after I passed my rabbinic exams the other students and I had a small party and conversation turned to the hardest problems we had ever encountered in our studies. After trading brainteasers from the Talmud — a succah on an elephant whose feet were in buckets of water, a blind emissary carrying a contract in a language he didn’t know on the beginning of his journey but learned half-way through and the like — we asked our teacher, R. Isaac what the most difficult problem was that had ever come his way. G-d protect you from hard problems, he said. Better for you not to know. But we insisted.

It all started, the rabbi said, when an intelligent gorilla came to my shabbos table. I was at that time a young rabbi, although I thought I was old, and my wife and I had a house near a relatively large research university. You may have heard about Ben Adam. When the operation on his brain was performed that made him intelligent there were a couple of news cycles devoted to him, and then at the end of the year a couple of think pieces about what it meant, and then his existence was forgotten. Certainly, as a young rabbi with three children and a fourth on the way, intelligent apes were far from my consciousness. And yet he came to my shabbos table, dressed in a conservative dark suit and a kippah and I could tell he knew enough of the blessings after the meals to keep up. He came to me for a private moment at the end of the evening and said “Rabbi, I want to be a Jew.” Come and discuss it with me at my office tomorrow I said and he knuckle-walked into the night.

The problem was, I explained to him, that you are not halachically a human and therefore cannot convert to being a Jew. “What am I?” Rabbi. “I think the closest thing in the sacred texts to which I can compare you is unfortunately a golem. You are a human-like being created by a human.” Inside I wondered if in fact his creation were some sort of blasphemous arrogation of divine prerogative by the department of experimental biology, but I did not voice this worry. I had a suffering being in front of me.

“I want you to make me a human.” said Ben Adam.

It was an unprecedented situation, as I say, because as far as I know the golem had expressed no such wish. So I used the closest parallel that I could think of, which was the gentile asking to convert to Judaism. I dissuaded him three times. I told him about Auschwitz and Hiroshima and Pol Pot, and about the shameful story about how the paint industry had hidden its knowledge that the consumption of lead paint causes mental retardation, and the plots of some tragedies by Shakespeare and Eugene O’Neil. But he was undissuadable.

“Why do you want to be a human, Ben Adam? You will be responsible for your sins.”

“I want the dignity of a human and I’m willing to take the risk.”

So he became my student. There was a small patch of woods on the other side of my house across from the university and once I saw that he brachiated — swinging arm over arm — through the trees until he came to a point about two blocks from my house, and then knuckle-walked the rest of the way. I told him he could not wear his kippah until he was a human.

I wrote a small ceremony in which he would accept moral responsibility for his actions and sent out invitations. It was a few days before and I was going to coach him in the questions that I would answer. He had made amazing progress, but there was one question I knew I had to ask.

“Ben Adam, why did you really want to become a human.”

“Because of the dignity of ethical choice.”

“That’s the rabbi answer, Ben Adam, and I respect you for giving it to me. But I would like you to give me the real answer. When you’re a human other humans will expect you to be honest with them and bare your soul. Please, try.”

And he told me his story. He had fallen in love with a human woman. Her name was Sarah and she was a chained woman. Her husband loved her with a fierce, childlike love, and decided to punish her for not loving him in return by not granting a get. She had become a volunteer at the laboratory teaching Ben Adam English. They had become lovers.

I was shocked. “Rabbi, she lay with a beast? A Jewish woman?”

They did not lie down and he was not exactly a beast. I did not pry into the nature of their physical intimacies. Suffice to say that he had offered her at least physical comfort, and care, and a respite to her loneliness, and she in turn had given him at least a taste of something higher, some sort of higher pleasure or deeper yearning that had torn him  and made him feel the healing of his injured, bleeding soul was to take the step to humanity.

I explained the situation to him as gently as I could. “Ben Adam while you were a golem your physical intimacies were halachically ambiguous. Was what you did with her sex? Are you a beast or a man? These are questions that competent authorities can take different sides on. But after your conversion ceremony there will be no question. You will be a man and she is a married woman. You will be forbidden to her.”

He looked at me and his eyes seemed to flicker, like a lenticular postcard of the suffering Jesus between the rage of a beast and the perplexity of a man. “What should I do, rabbi?”

“How should I decide?”

“I don’t know. But I do know you are not the only party affected by your decision. You must also ask Sarah. And you must make clear to her what her choice will entail. She can either continue to enjoy you as what you are, a sort of golem or beast, or she can give her blessings to your project of becoming a human. But in the latter case you will be barred to her forever.”

Ben Adam gave a howl of frustration, or perhaps rage, or perhaps puzzlement and charged past me, out of my house and into the trees. I found out later that he had tried to join a troop of wild gorillas in the forest for a week or so, then one early morning had come to Sarah’s door and spent an hour there in deep conversation. He then disappeared. A research assistant found him deep in the forest forty-eight hours later and cut him down.  It was no tree of life for Ben Adam.

I don’t know if Ben Adam had hanged himself because his paramour had said yes or no to his project of becoming man. Which was more terrible, that she chose to keep him as a beast or lose him as a man? I know that I had the opportunity to ask her years later at another shabbos dinner.  It was after the songs.  I was at the point of asking her –she had finally gotten her get and remarried but we were having a talk out of earshot of her husband.  I looked at her deep eyes and soft lips and I did not. Rabbis too, like gorillas, sometimes get so close to the fruit of the tree of knowledge that we can actually taste it, so close it doesn’t really matter if we ate it at all.