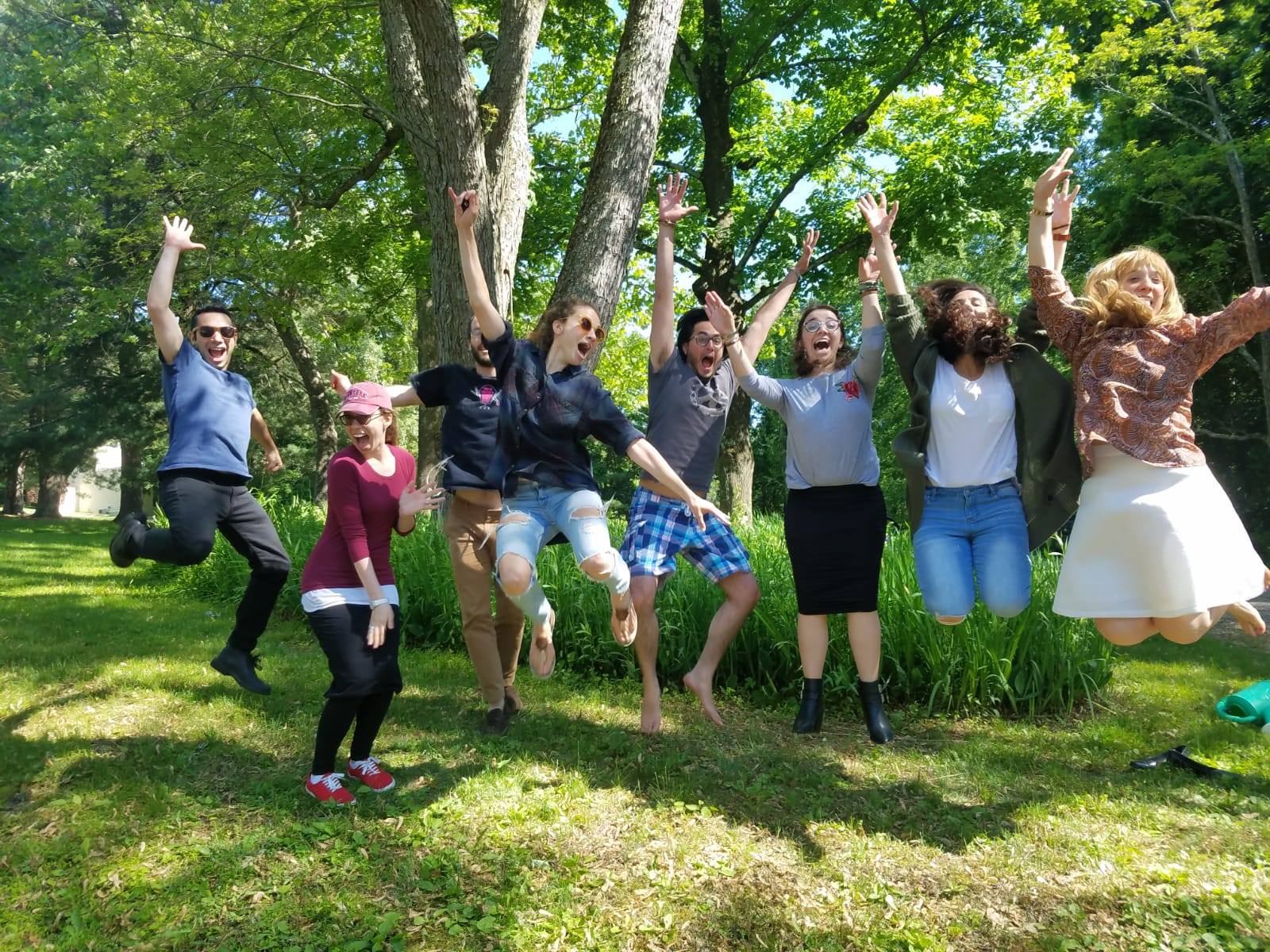 Hevria is a home for the creative and out-of-the-box Jews who feel like they don’t have one.

We envision a world in which all creative Jews feel like they have a home in the Jewish world. And, as a result, we envision a Jewish world that is alive and breathing with the soul of creativity.

Why is this? Because the definition of being creative is that one must express. Just as creating matters, so does sharing what has been created. This is why so many societies fear creatives, and often try to quiet them, which is why most creative communities start off as a place for the fringe to come together. As they join forces, their voices are strengthened, and their creativity becomes impossible to ignore. Eventually, healthy societies integrate and adapt these voices and grow from them. It is often these voices that truly change societies.

The modern Jewish world, to varying degrees, has had trouble with this integration. That is why the first step is to give creative Jews a home. But after that, in empowering them to speak, we will be also affecting the Jewish world as a whole. Not just to be accepting of them, but to integrate their unique insights. And in so doing, becoming far richer than any of us can imagine.