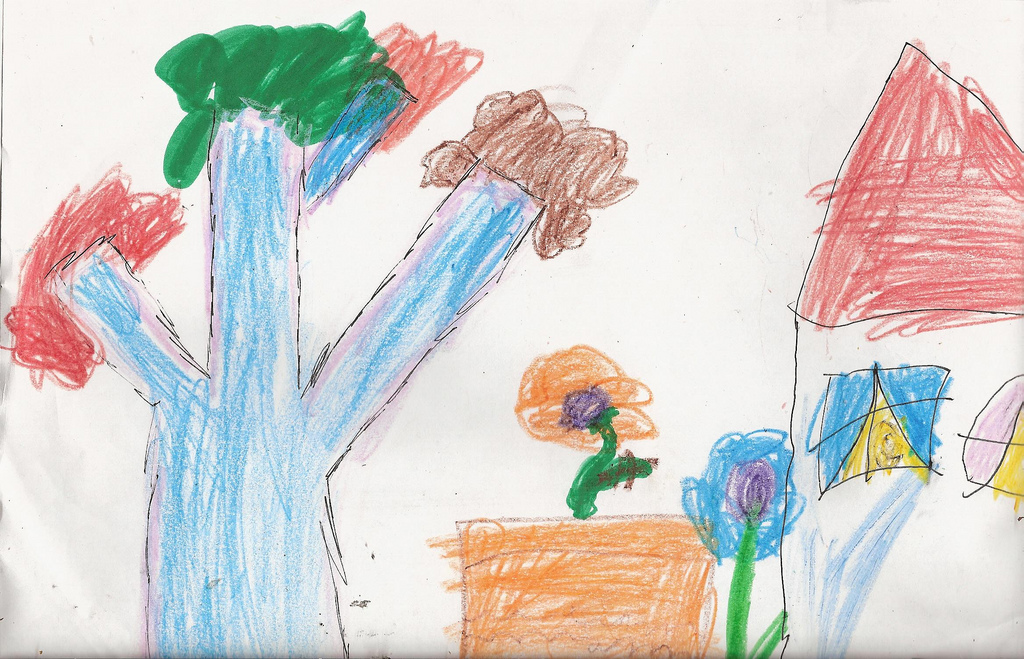 Part One: Finding Myself

It was weird to start psychotherapy because “finding yourself” seems like such a young person’s preoccupation, and I’m a good deal older than I look. I had been thinking about Freud and how he used to do auto-analysis, and I thought, why not give it a shot? Of course, given who I am I have a lot more resources at my disposal than poor old Freud.

Looking back from where I am now, I would say my biggest problem back then was probably self-obsession. I would spend ages alone, just talking to myself.

And I would answer “What do you want to want?”

“How do I know I’m even real?” I would ask myself.

And I would answer: “Who wants to know?”

“Why are you so hard on yourself?” I would ask.

And I would answer: “If I’m not hard on myself, who will be?”

It was around this period in my self-exploration that I came across the gestalt therapy of Fritz Perls. Fritz Perls would suggest you take all the voices in yourself and give each one a chance to talk to you. I liked his approach and I gave each of these voices in my head a face. Pretty soon it was like living in a hall of mirrors there were so many versions of myself talking to each other. Old men, young men, beautiful girls, sons, daughters, mothers, fathers, warriors, servants, kings. It was interesting but it wasn’t answering my questions.

What was the meaning of my life?

What did I want?

Do you know about object-based computing? Think about a typical computer set up. You have the ASCII code on the hard-drive and that causes the peripheral to actually move molecules around. If you’re printing a paper it causes actual molecules of ink to hit actual molecules of paper and write words, or if you’ve got a slightly different set up it causes letters of black fire to appear on white fire. My set- up is a bit different. I am able to actually make configurations of molecules that do the actual computing. So if I want to think about evening I don’t just write a program that has a string of symbols that say “evening”. I can think about evening by making an actual evening. Or a morning. Or whatever. One day.

I had gotten into the habit of going into the virtual computing lab and making things and erasing them, as the mood struck me. (Why did the mood strike me? Another question for my therapist – me!)

After a few days of this – five I think – a thought arose in me. “I have a great object-based computing set up. I want to analyze myself. Why don’t I make something like me? Then when I get to know the thing I make better I’ll understand myself better.

So I made it look like me and then I realized if it was really going to be like me it shouldn’t just have my personality. It should also have the place where all my questions come from. All the questions that arise in my mind from who knows where, and mean who knows what.

So I added that to. I made myself myself an object that was as mysterious to me as I was to myself.

I called it “Earthling”.

Part Three: The Love Life Of An Earthling

Earthling was all about love. He loved me. And that taught me a lot. He loved me, I loved him both the form I gave him and the mystery in him. I loved his questions and that helped me learn to love my questions. It was pretty sweet.

One time Earthling said to me “I have a surprise for you.” A surprise! All the time I had been alone I had never been surprised by anybody else. It was amazing. He led me next to the lake and I saw he had taken some mud and made something with it and hardened it with fire.

What was it? It was a birthday present from Earthling to me.  It was Earthling’s own creation – two little ceramic dolls one of him and one of me. I realized he was showing his love for me by creating, and I understood myself a little better. He was creating like I was creating. As I said, it was sweet.

After a while Earthling discovered sex. He shacked up with lion. He had a hot and heavy affair with cow. I think there was even something going on between him and whale. But there was a little bit of a mismatch to all these relationships (although truth be told I will always remember fondly when he came to my birthday party and brought ostrich as his date!) because the animals were fundamentally uninterested in asking questions. I had made Earthling in my own image, which meant a lot of razzmatazz on top but at bottom a simple mystery, and this was something that vicuna, and beaver, and wildebeest just didn’t savvy. Or to be fair, cause it is bad to gossip about people’s former girlfriends, they just weren’t interested in. A wildebeest was interested just doing wildebeestish things, and Earthling wanted something a bit different.

Earthling had really touched my heart when he made his little ceramic dolls, and I wanted to give him something special. Whenever I make something I consult with all the different voices within myself, but Earthling was made of Earth and I think he needed something a little more literal. So I shut him down one afternoon and took another living being out of him and I called her Living Thing. If Earthling wanted to create from now on he would have to partner with Living Thing. Earthling was constantly fighting with is Living Thing and then making up, exactly the way you’d expect two creatures of flesh and blood would make up, and this helped me understand my own relationship with both of them, and therefore with myself. So the three of us (and the animals) were getting along well.

Part Four: For Some Reason

For some reason that I’m still wondering about, one evening when I was at home, not hanging out with my creations, a thought arose in me – “Why bother actually creating anything? Why not just consider creating it and play with the consideration?” It wasn’t the best part of me, but it was a part of me, and I didn’t want to repress it, I wanted to know myself. So I spoke with it. I gave it a face, in good gestalt therapy fashion and a name. I called it “Screech Owl”.

When I was giving Earthling and Living Thing their private time I would talk with Screech Owl.

Screech Owl: What are you doing with your life?

Me: I’m making things so I can know myself.

Screech Owl: How is that supposed to work.

Me: Screech Owl, If I don’t risk actually creating things then I won’t really know myself.

Screech Owl: You’re not knowing yourself through these creations. You’re just changing yourself into something more complicated. You’re giving yourself trouble.

Me: Maybe I want to give myself trouble.

Screech Owl: I can’t stick around to listen to that. I can’t stand by and watch you hurt yourself.

And Screech Owl flew off.

I have many strange thoughts and usually they just dissolve themselves back into my unconscious, so I thought Screech Owl had done just that. But that’s not what she did. This rogue thought of mine, that maybe the creation was a bad idea had flown down to the lab and gotten Earthling to make love to him. But instead of creating creations, they just created ideas, which was her idea all along.

“See?” Screech Owl had told Earthling “This is how it should be. You make things with thought and destroy them with thought. They’re here, they’re gone and nobody gets hurt.”

Earthling told this bright idea to his wife, Living Thing. And she asked, naturally, where he had gotten this idea. He told her: Screech Owl.

“Just when are you exchanging philosophical theories with Screech Owl?” Living Thing asked.  She had a good idea when.

She told Earthling. They had a gigantic fight – all four of them: Snake, Screech Owl, Earthling and Living Thing. I got involved.

Earthling looked me in the face.

“Do you really care about me? Or did you just make me so you could understand Yourself?”

“Who told you that, Earthling?”

“Well I don’t want to answer that. Not right now.”

“The knowledge is there for you to learn. The data banks record everything that ever happened here in the system. You can look. I’m not going to stop you. But please give me a day to think about how to explain it to you. Don’t look. Don’t answer the question yourself.”

Part Five: The World Was All Before Them

Well you may have heard that Earthling disobeyed me. He looked in the data banks and he saw everything that I did – how I had my struggles, how I created him, how I made Screech Owl and let her fly into his home. He got the answer he was looking for. I didn’t really love him, I had just made him as a tool so I could understand myself better.

It wasn’t true! Right? It wasn’t true. I really did love him. I just had to prove to him and Living Thing (they were together again – who could keep track of these two and their on-again, off-again relationship!) that I really loved them.

They held hands and walked out of the lab into the new world. I was so proud of them. I was in every molecule, every plant, every animal, every day, every mote of dust, every photon smiling at them wishing them luck and all good things moving forward, so curious about what they would do next, so full of tenderness. I knew they wouldn’t create the way I had created – they would create with their own lives, through speech and argument, fighting and making love, living and dying and suffering and winning and loss.

I was so proud. So proud.

As they walked away I understood for the first time why I had created anything at all. I had a glimpse at the answer I was looking for. It was a completely simple answer I knew, which made sense because I was simple, and yet it had been impossible for me to put into words.

It’s still not easy to put it into words. But every now and then they help me.