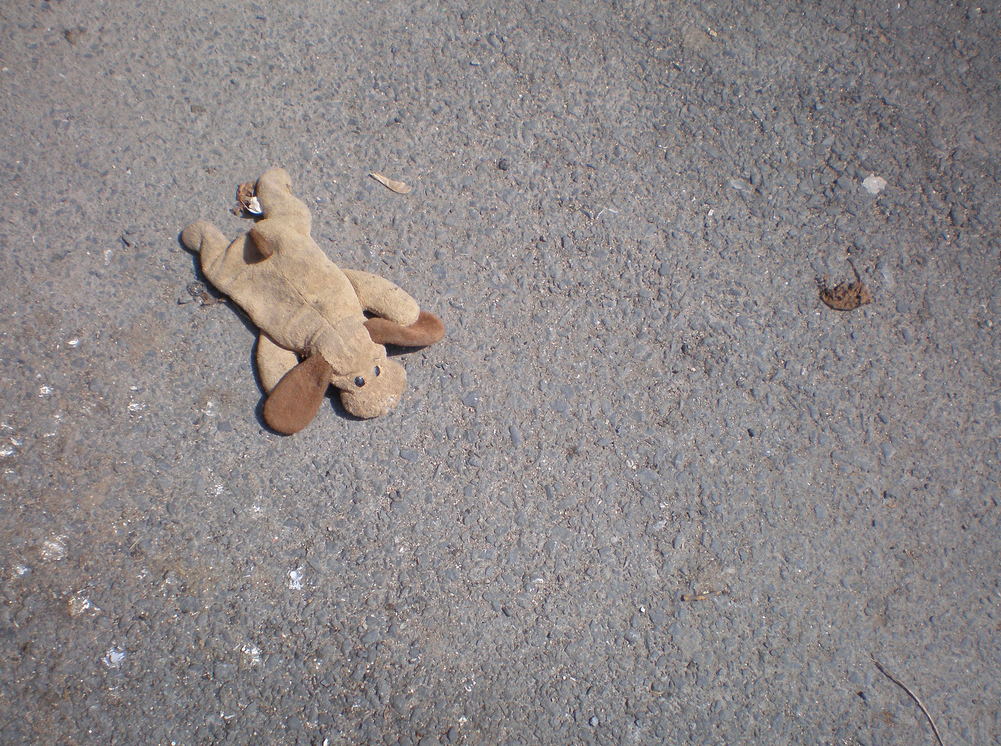 Messages From The Lost And Found

There must be a gathering place for those items gone unreturned. The ones that do not know if they are missed at all in their original homes; the most they can hope for is a modicum of appreciation in their new habitats.

In this place, every ex-boyfriend’s tee-shirt from their respective high school track teams and Brandon Berk’s Ballin’ Bar Mitzvah comes together in solidarity. Manly solidarity, of course. The fist-bump, slap-on-the-back kind of unity. The kind of cohesiveness found in the solace of other knit, size XL, fabric-softened bros. A special level of bro-compassion is extended to the wounded brethren, whose collars and seams had been amputated with clumsy, uneven trimming with kitchen scissors by the girls whose closets now stood for home. The tees know their only realistic aspirations are careers as pajama wear, gym clothes, or adoption at next year’s yard sale.

The leggings that ended a friendship when She borrowed them from Her without asking Her for permission sit inside-out at the bottom of a cluttered dresser drawer, considering their role in She and Her’s rift. The leggings seek comfort in the latent level of toxic dysfunction in the girls’ relationship before that incident, and assured themselves of their innocence. But the guilt flares up from time to time, straining the spandex fibers with the question of their culpability. They lie stagnant until the next closet clean-out.

The ceramic plate She never mailed Him from when they painted pottery together and broke up before the plates were ready for claiming. He painted it in sponge-blots of primary colors and it is not a masterpiece, but not the worst. It remains in a cardboard box of sweatpants in her room, wrapped in layers of newspaper for protection from the elements. It rests unscathed. It dwells unharmed, yet unacknowledged. He probably forgot about it anyway.

The set of embroidery threads and plastic beads, tucked in a hard plastic purple and turquoise box, She had lent Her when They made bracelets in fifth grade and sold them for a few dollars to donate to the victims of the latest natural disaster. She hadn’t meant to keep the kit for herself, but by the time they ended up at different middle schools and lost touch, there had never arisen an opportune moment.

The collection of short stories whose name She cannot remember. The cover is neon yellow. She had been deciding between this one and the one by Joan Didion with a picture of avocados on the cover. This one is on her shelf, behind the Hair record cover, beside a Saul Bellow novel. It bears the Library of the American Embassy of Jerusalem label, adorned with the long-past due date, with no shame. (In her defense, the library closes for both American and Israeli holidays, and sometimes arbitrarily too, leaving her only a sliver of a window to reunite the book with its idiosyncratic home.) It still has a bookmark from a Jerusalem coffee shop tucked between pages about 25% into the book, hopeful, attached. Sedentary. Longing.

These beings communicate their determined resignation to one another in their dusty untouched states. The items gone unreturned make a home for themselves on their new shelves and together they are something almost like Found.