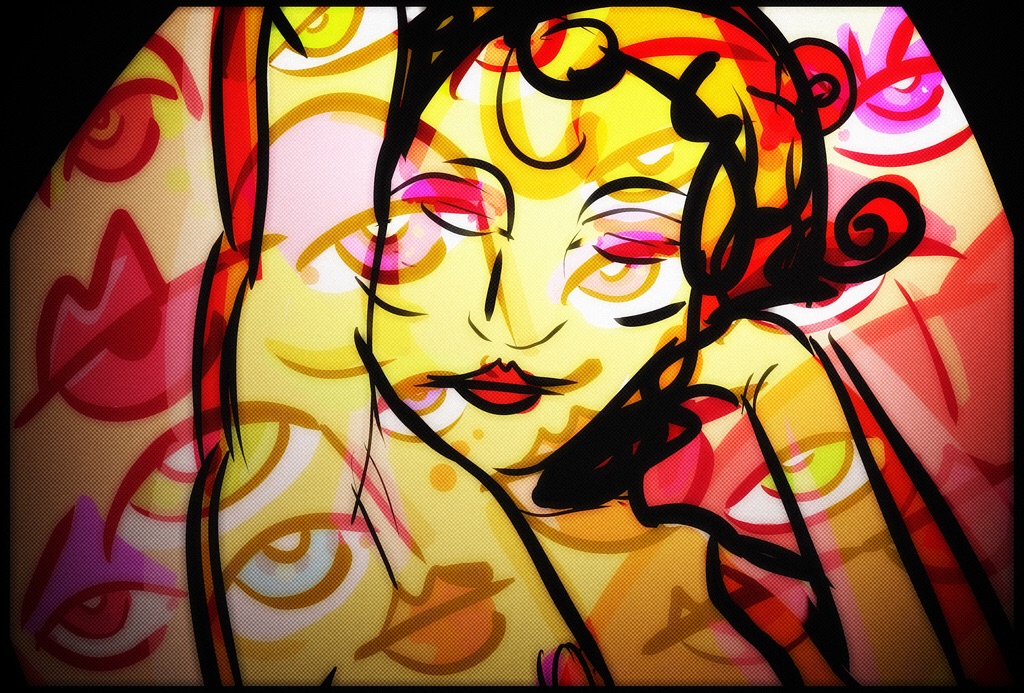 I was in my third year of psychiatric practice when I first met the patient I will call “Jacob”. He approached me claiming a need for grief counseling after the death of a loved one and we set a date for him to visit my office. After the second session, it became apparent that there was more to explore than he had led on.

What follows is selections from our time together.

Jacob finally opened up to me today. He had been insistent during our first hour to keep the focus on his grandmother’s death. We went over the basics. He told me he had been living with her for the last two years, which struck me as odd for this seemingly well-adjusted, employed man in his early thirties. We would have continued focusing solely on the pain of his loss if he hadn’t subtly caught me off guard with an offensive action.

As I uncrossed my legs, perhaps revealing more than I should have in my professional but contemporary skirt, his eyes would dart down, and then return to my gaze without hesitation or guilt. At times he would leave my gaze to stare at my legs for a period, distracted, as if he was waiting anxiously for a fleeting moment to look up my skirt. I never gave him the opportunity, save for once near the end to confirm my suspicions.

I confronted Jacob about his inappropriate glances and watched the blood rush from his face. Of course he denied it but I pressed him and lied to say I wasn’t mad but we could only continue therapy if he was honest and open with me. He took a moment, and said he wouldn’t be coming back.

Jacob called and asked if we could have another session. I reminded him that I was only interested if he was forthright about his feelings and didn’t make me uncomfortable again. He took a big breath, agreed, and came in the following Tuesday.

I softballed him with my first question.

“Tell me more about your grandmother’s early life.”

He relaxed on the couch a little more, and became more animated.

“She was the sweetest woman I have ever met. She worked hard her entire life and accomplished so much. First female synagogue president in the state. Ran a business practically by herself when most women were trying to get out of a kitchen. She put up with an abusive husband and still raised two wonderful children.”

Later in the session he finally cried for the first time. It felt good to see those tears.

“She was the only person in the family who still talked to me when my wife left me.”

Jacob closed up and dodged most of my questions about his marriage after that reveal. He preferred to focus on how much he loved his grandma. I pressed him about it more, but we ran out of time.

The next time we met Jacob was wearing a yarmulke on his head. I asked why after the previous sessions he decided to wear it now, and he told me that it was what his grandmother would have preferred. I asked if he believes in G0d, and he said “Yes, but we don’t talk very often these days.”

He told me that he grew up in a religious home. What he called “traditional”. He was the youngest of four children, and felt quite lonely, as his siblings were significantly older. “I always assumed I was a mistake,” he said.

He made claims to have grown up in a home that vacillated between busy and absent working parents and a firecracker home life full of incessant ferocious argumentation. He told me his room abutted his parents and he overheard them having sex on many occasions.

I had been pressing Jacob about his own sexual relationships and he reached for the phone in his pocket. He typed in the password and handed it to me. His hands were shaking and his voice unsteady as he insisted, “look around”.

I didn’t want to take it but I thought perhaps this was his way of opening up more. So I took the phone and looked.

It seemed perfectly normal. He had emails from Amazon and about work. His calendar showed our appointment and that he had a reminder about a friend’s birthday.

“Open whatever you want. There’s nothing there I’m ashamed of.”

His words stung me, because of the ways it seemed he was avoiding so much in our talks.

“Why do you want me to look at your phone?”

I set it down on the table between us, forcing him to either leave it there or pick it up.

He thought for a moment and picked it up.

“It’s a metaphor for how I feel right now. There’s tons wrong with the phone, but so much is hidden.”

“This isn’t my first time in therapy. I know how this works. I could beat around the bush forever but I like you and I’m at a point where I need someone to just be unfiltered with or else why go on living?”

That was the first time he alluded to suicide.

“This is quite a departure from the man who first sat down with me,” I told him. “But if you’re going to hand me a phone metaphor and nothing more then I’m not sure how I can help you.”

Jacob was silent. He adjusted the yarmulke on his head, and relieved himself quietly, “I’m addicted to pornography.”

“No. I’m certain of what I am,” He interrupted.

His posture changed and his hands clasped together. He hung his head.

He rose back up.

“It’s very hard for me to verbalize that. I’ve only really ever said it out loud when I’m really down on myself staringin the mirror.”

His tongue betrayed him, “…it’s also the last thing my wife said to me before she left.”

I confronted him further about his wife and about this self evaluation but the attempts were still not fruitful.

Jacob leaned back against the couch as I asked, “Tell me about the first time you met your wife.” We we really making strides today.

“How did you approach her?”

“I didn’t. She came over and offered me a drink, which she was doing to everyone. I accepted and made a joke about the big boobs on a swimsuit model poster on the wall. She laughed and we made out later when she was drunk.”

“That seems forward for you.”

“It was my first real kiss.”

“When did you know you were getting divorced?”

“She found pictures on my phone I had saved off facebook.”

“They were pictures of her friends. Some were in bikinis. It was pretty innocent but it was the last straw.”

“Do you feel ashamed of that?”

“When was the first time you thought about sex?”

“Well, I could tell you the story of the first time I was sexually active.”

“I recall you telling me that your first kiss was in college.”

“Well, kissing came later. I had a girlfriend in preschool I fooled around with.”

“It’s very vivid in my mind. We would lock the door, take off our clothes, and explore each other’s bodies with our mouths and hands.”

“How long did this continue?”

“My next sexual encounter with another person was with my wife.”

“In 8th grade a classmate brought in a playboy magazine he stole from his father. I remember crowding around it with three of four other guys, each trying to turn the pages and open the centerfold. I don’t remember the first time I saw it online, but at a certain point when you do something so many times the memories all blur but it’s fair to say I was addicted by the time I finished high school.”

“Why do you think it was an addiction at that early age?”

“Well, I went to a Yeshiva, an Orthodox Jewish school for boys in Israel where we didn’t have internet access. But there was one computer room I got to use a few times. I was alone there, my second time, and look up some images that… gave me a thrill. The next time I was in there, a rabbi told me to leave and never come back. I asked why innocently, and he told me I knew why. In retrospect I’m lucky I didn’t get kicked out of the school and shamed publicly.”

“Do you ever wish you had?”

“Sometimes, yes. I guess my would be pretty different if I had been confronted in another way early on.”

“Tell me more about your marriage,” I finally confronted him.

“What do you want to know?” He retorted, as if he had already revealed everything. So I went for the jugular.

“How did you balance your relationship with your wife and personal passions?”

“Tell me about that.”

“There’s so much to tell but in short she was naive of of what turn ons I had and so sex became a pretty frustrating endeavor for both of us. She had become more religious since we got married and so as she got stricter my fetishes became more specific and there just never seemed to be a day to stop and say, ‘hey- by the way, I’ve been secretly doing things behind you back all these years’. So that was a really big problem when she came home one time when I was finishing and had a bunch of stuff open on my screen. We tried to work things out for a few months but the only way for that to work was if I gave up something I realize I just didnt want to give up. She didnt understand that the fictional outlet was more real to me than being with her.”

Eventually we came back around to his grandmother. The effect she had on him after the divorce, and how he hid the central struggle of his life from her.

“When I got divorced I moved in with my grandma because I didn’t know where else to go. I worked from home at that time so I could really be anywhere and do whatever I wanted between work stuff. I spent the first few months mostly completely alone by choice, just enjoying my freedom. But grandma needed someone to help her around the house after she fell. Typical grandma, she was more worried about me than I was for her. I told her my divorce was because of my becoming less religious, which was true at that time. I wanted to lose my shell. I wanted to stop pretending. But I just couldn’t tell this sweet old woman the whole truth. I kept to myself a lot and she just chalked that up to frustrations with my ex.”

“When she was finally too sick to live at home with me, I visited her every day in the hospital. I know my family didn’t come to visit her as often as they would have because I was there a lot, and sometimes I did have to confront them face to face. They wouldn’t talk to me. I had a solid ritual out of visiting her, and that became important to me. Sad as it seems this was the new thing I really needed in life. When she finally died I wanted to attempt ‘keeping clean’ in her honor but it didn’t last long. For the first time I could remember in so long I was totally alone.”

“Let’s pick this up again next time,” I said, looking at my watch.

But there wouldn’t be a next time.