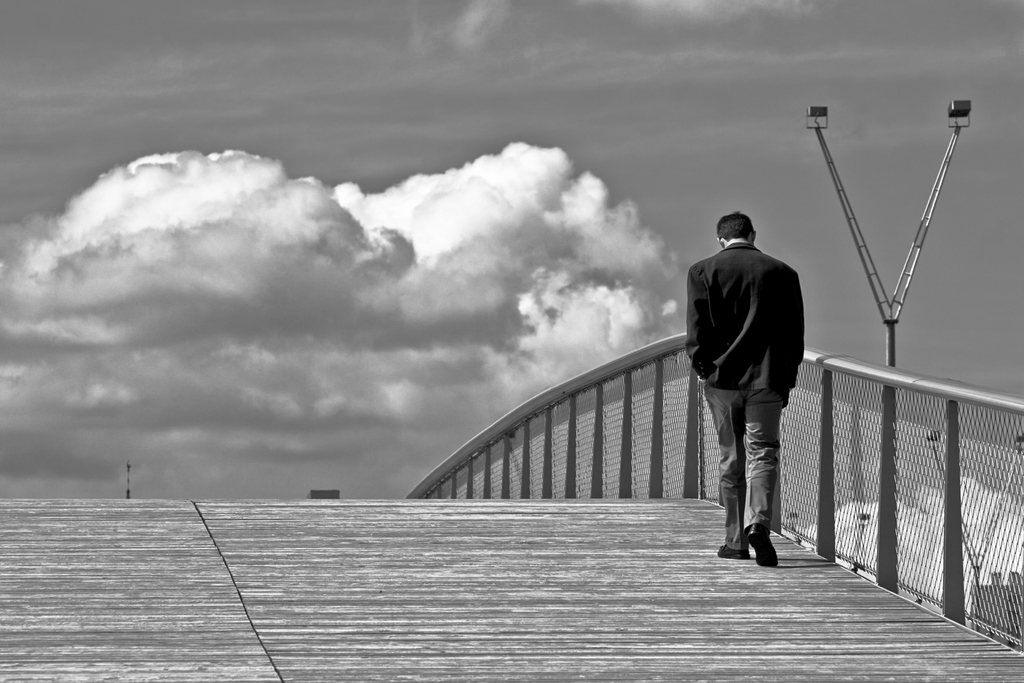 The Extraordinary Death Of Eddie Dinkowitz

“A former member of our community has died. He had no family, so there will be no shivah. If anyone wishes to attend the burial, please see me after the meeting.”

I heard this from my rabbi during a board meeting at our synagogue. It made me sad, and I felt worse when I learned more about the deceased.

Edward Dinkowitz was a mentally disabled man who’d lost his parents at a young age, and lived in institutions for much of his life.

In recent decades, Edward’s care was supervised by a conservator from Jewish Family Services. His caretakers brought him to our synagogue now and then, until his declining physical health made such visits impossible.

When the news of his death reached our rabbi, no one had seen him in years.

The next morning, I posted about Edward on my Facebook page, Accidental Talmudist:

A man has died with no family or friends to mourn for him. Edward Dinkowitz will be buried today at noon at Mt. Sinai Cemetery – more info at the link below, where you can also leave a prayer for Edward.

I then went to the cemetery, where I found the conservator beaming. She told me that she and his caretakers called him “Eddie,” and that it was she who sent the last-minute notice about Eddie’s death to our synagogue. She had expected only herself and a rabbi from Jewish Family Services to attend the burial.

She was amazed that one person after another walked in to pay their respects. The mourners included clergy and others from our synagogue, as well as members of our Accidental Talmudist community.

The service was touching. It happened during the Days of Awe, the 10 days between Rosh Hashanah and Yom Kippur. The rabbi from JFS encouraged us to reflect not only on the things we’ve done wrong in the past year, but also the things we’ve done right, like showing up for a man who cannot thank us. Attending the dead to their grave is one of those mitzvahs (commandments or righteous deeds) for which we receive a spiritual reward in both this world and the next.

Meanwhile, Eddie’s page at the cemetery website, which had no entries prior to the Accidental Talmudist post, received hundreds of prayers and blessings from people around the world, in both the Guestbook and Candles sections.

Kerri Fitzgerald: I honor Mr. Edward Dinkowitz but most of all, G-d honors him!

Stuart Visnov Edward: in your memory I will perform acts of charity and kindness. You will not be forgotten!

Manuel Martinez Jr: Shalom Edward…Know that you are not alone. You are One with us all and have merely stepped through the Door onward to your next Journey. Be One in the Light that shines upon us all. God Bless…

Kjetil Wathne: This World may have treated you cruel, Mr Dinkowitz, but now you are in the care of the All-Carer, who never turns his back – May you find Peace!

One member of the AT community, Daniel Berry, even created a Find-A-Grave Memorial for Eddie, and Kathleen Alexander found his yearbook photo from Beverly Hills High School: The outpouring of love and blessings for a man no one had met was powerful.

That night, my wife Nina and I reflected on the day’s events. We wondered if Eddie was somehow aware of all the messages he’d received from around the world. We mourned that he had died, and worse, that he had died alone. We prayed that this unexpected send-off would comfort his soul.

And then, being a perpetually unrealistic optimist/dreamer/mystic, I said, “Eddie, if you are receiving these messages, please send us a sign.”

We went to sleep.

A few hours later, we were shocked awake by the ear-splitting horn of our home alarm. A motion sensor had been activated in our office behind the garage.

Like a schmuck in a bad comedy, I went out there with a golf club in my hand. Thankfully, I found no intruder.

In fact, nothing had moved in that room. Nor was there any insect inside or near the sensor.

We’ve lived here for seven years, and nothing like this has ever happened before. We tested the motion sensor in various ways, and found no malfunction.

It has not happened again in the seven months since Eddie’s death.

Even if there is a rational explanation for the alarm, it’s a huge coincidence that it sounded on the same night we asked for a sign.

I’ve only experienced one other coincidence in my life that big: the day I happened to buy Book One of the Talmud on Day One of the seven and a half year Daf Yomi cycle.

I took that event as a sign, embarked on the quest, and eventually became the Accidental Talmudist. That’s why our community exists, and that is the reason Eddie Dinkowitz eventually entered into the hearts of so many people around the world.

Yes, it’s lovely we sent him off with hundreds of prayers and blessings, but Eddie should not have died alone.

My pals, our Sages teach that we must visit the sick. It is another of those crucial mitzvahs, like attending to the dead.

If this story has moved you, please visit someone who is ill. If you don’t know anyone who’s sick (Baruch Hashem!), please visit a local nursing home. The residents will be thrilled.

If you can’t visit, call. If you can’t call, write. Time is precious, and the seconds are ticking away. Tomorrow is not promised.

We have received a wake-up call from Eddie Dinkowitz on behalf of the sick and lonely everywhere.