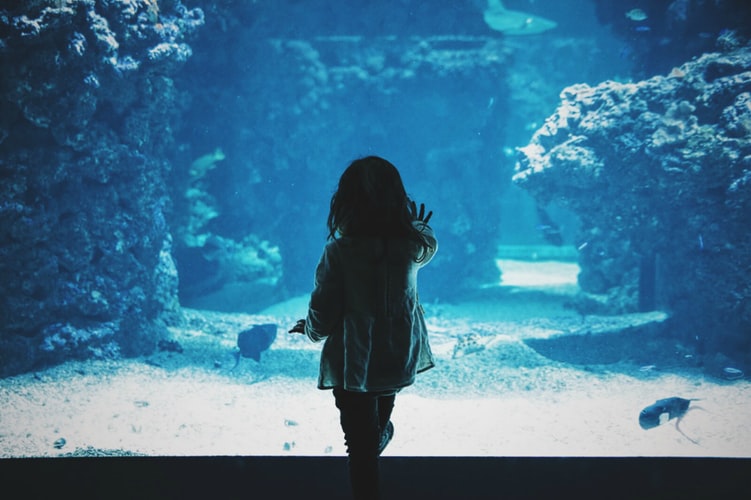 What Happened When G-d Found Me Asleep In Shul

Once, when I was very young, I lost my mother in a department store. Or she lost me. It depends on how you want to look at it. Either way, my hand was in hers until it was suddenly not.

Decades later, pieces of that memory remain vivid in my mind. I was head-deep in a sea of women who were jostling around display cases that teemed with buttons and trimming. I recall a short, curving flight of steps leading to the next floor and the strong scent of someone’s perfume. Also, I had my winter coat on.

But I mostly remember the panic that eddied in my chest while I was spinning around – gasping for breath, crying out to no avail over the din. I slipped my hand into the first palm I encountered in the crowd. Its owner helped me find my mother, who had been nervously searching for me, too. We were both relieved, though the memory is never about our reunion.

After a long absence, it flashed through my mind on Yom Kippur, catching me off guard as I stood in shul last week – exhausted, caffeine-deprived, hunched over to spill out my sins. I hadn’t slept much the night before and was nursing a cold. Distracted, I prayed the best I could, more attuned to the weight of the day on my soul than the words on the pages of the machzor. But I also feared what would come of me if I didn’t focus on the task at hand.

The image of myself as a lost little girl drifted into that heaviness. A decades’ old panic sucked the air out of my lungs. I turned my hands over and over and came up empty. I looked in my heart and found myself alone.

Of course, my hands were not empty. They held both a machzor and a Book of Tehillim. Nor was I alone. I was surrounded by pewmates engaged in their own prayers, though I had no idea what they were saying as they klopped their fists to their chests.

Only a few us stayed behind when the women’s section emptied after the morning service. My husband begged me to go with him to a friend who lives near the shul so I could rest, yet I knew I could not. There were too many words left unsaid between me and G-d, too many wounds I wanted Him to heal, too many things I still needed to ask of Him.

Nestled between my hopes and contrition in the quiet sanctuary, I carried on with my praying, more focused now that I wasn’t distracted by the beautiful, haunting melodies. The tears came then – our secret dialect. Through them I relayed my whole story, unburdening myself of my transgressions while gathering up my losses, the ones in cold storage and the recent ones, too. I needed to cast them all into the wilderness of Azazel and let fresh oxygen fill the sudden weightlessness in my chest.

Exhaustion overtook me. I put repentance on pause and began to recite chapters of Psalms instead, comforting myself with the meter of the Hebrew words as they curled around my tongue. Though I don’t recall lying down, I soon sank into a deep sleep, my body at rest across a few chairs.

I dreamed a dream of atonement: a vacuum whirred in my ear as it cleared away my sins. But I hadn’t slept long before something startled me awake. I rolled off my makeshift bed, throwing my legs to the ground to keep myself from landing on the floor. It was then I noticed the janitor vacuuming the spaces between the pews at the rear of the sanctuary. A friend sitting a few seats from me pointed in that direction, both of us asking Why now? She added that I’d helped keep her awake with my snoring. Mortified, I apologized, telling her about my cold, though I otherwise held my tongue, too ashamed to add to my pile on a day of personal reckoning.

One by one, congregants refilled the room for Neila, Yom Kippur’s final service.  But I was so lost in thought I paid them no mind. Instead, I imagined the angels resting their wings on the Gates of Heaven, waiting to close up and lock the doors.

The sound of the hinges squeaked in my ears and I trembled, fearful I’d not prayed or repented well enough. I begged G-d to unshackle me from the impossible, to let me cling only to what lies within my reach, and to help me remember that He often responds in silence, challenging us to find the answers deep within ourselves.

As the final shofar blast pierced the sacred space, I joined the collective sigh that marks the end of the holiday. And though I expected nothing, I heard Him then, in the rush of the crowd heading towards the exit.

Just when I thought I’d lost Him, He’d found me, casting me a line in the dark.

With that, I slipped my hand into His outstretch palm and stepped outside, the year ahead illuminated by the moon and the streetlamps and the embers of divine love that glowed in the night.

Image by Caroline Hernandez on Unsplash