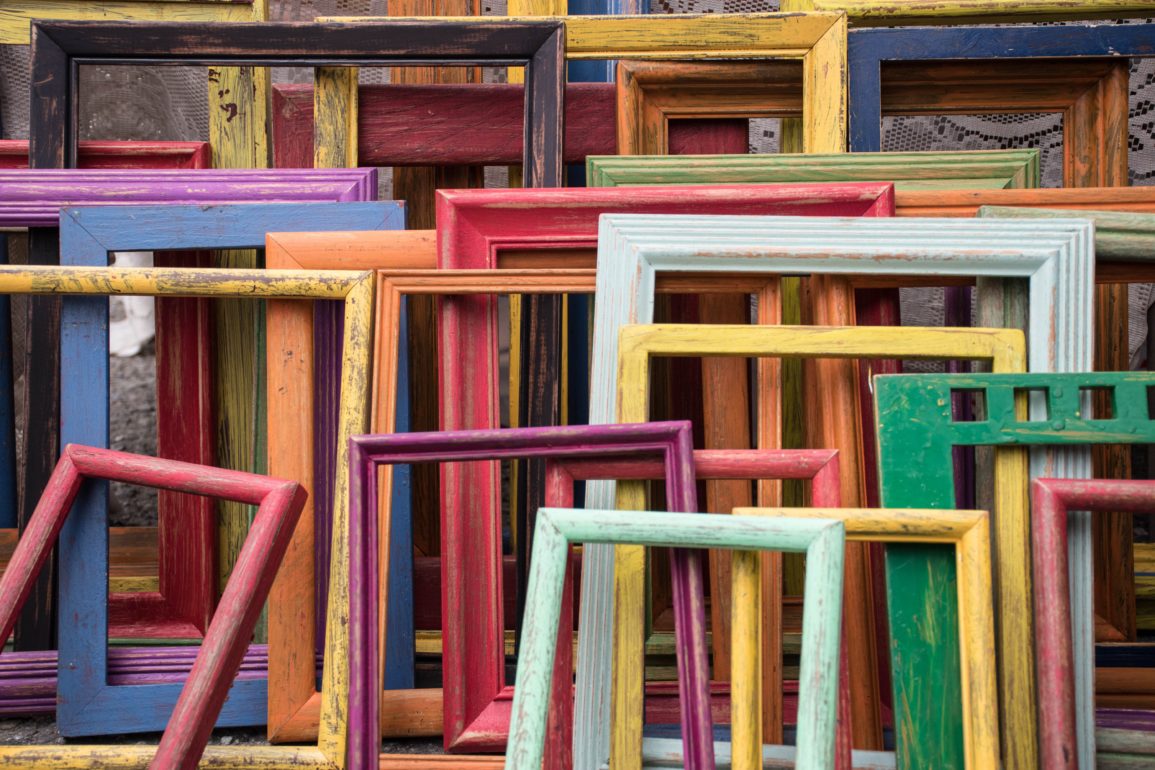 How I Mastered The Art Of Disappointment

In the fourth grade, when I still believed I could be anything, I drew what I thought was a splendid picture of the most beautiful, exotic frog. Today, it hangs in my studio, and even now, I catch the enchantment in it, especially when I gaze up from whatever art project I’m working on. It’s as if the frog is watching over me, inspiring me from behind the glass of an old frame my father found in the basement so many years ago.

I was new to my elementary school that September. We’d moved states twice in 13 months – the first time for my father’s job, and the second (as I understood it) because my parents’ marriage had fallen apart and they wanted fresh terrain on which to glue the shards back together.

Change your place, change your luck, the Hebrew saying goes. But not always. Not for them and not for me.

My parents did not have much emotional bandwidth left over for a child who was never easy or conforming and was now struggling to adjust yet again. While they fought, asserting themselves in the downward spiral of their relationship, I searched for places to disappear. And yet, even as I hid from home at school and from school at home, I found little comfort in either.

Luckily, I had shul and the library and a best friend when I needed refuge. I also liked art class, in great part because of my school’s art teacher. Mrs. V seemed otherworldly in her flowing peasant skirts and long, beaded necklaces. In her classroom, being different seemed A-okay. She spoke and acted unlike any other adult I knew, including my own artist mother, in whose shadow I drew at home.

One day, Mrs. V asked us to draw frogs for the school-wide art show. We had to copy images from an issue of National Geographic, leaving our fingertips smudged with Cray Pas in the process. The frogs were not the plain green variety. These burst with color, as if they were conjured up in some master artist’s imagination. I chose one with an elaborate design on its bulging stomach, camouflage to protect it from predators. Stroke by stroke, I worked its likeness onto the paper, including its headlight eyes and what struck me as a grin.

As I held my finished work up against the original photograph, I imagined my future as an artist. Yet my art teacher was not as pleased with my frog as I was. For reasons I still cannot fathom, she told me it would not be included in the exhibit. She chose another picture of mine to display instead.

It was an early setback, one I foolishly allowed to stifle a part of my soul for a lifetime. Even as I nurse my regrets years later, I continue to wonder if I’d perhaps misunderstood the assignment or Mrs. V’s intention. I’d recently won an art contest, first in my age group. Could my frog have been that horrible and unworthy? Had the teacher simply preferred the drawing she’d selected instead?

Across the distance of time, I still do not know, though I can feel that fourth-grade wound acutely, and remain flummoxed that Mrs. V had the final say just because she was the one in the flowing skirt. And yet, the answers to those lingering questions are beside the point.  To my young self, this was deeply personal, essential to knowing who I was then. That frog was a lot like me – longing to be noticed and loved on paper, while in real life, struggling to hide in plain sight.

There are pieces of the story I’ve since lost, mostly because the details never mattered, like which picture Mrs. V hung in lieu of my frog. I broke the news to my parents as we walked through the school door, though they could do nothing about it at that point. They joined the other mothers and fathers who had come to admire their progeny’s talent, circling the gym while I tucked myself into the corridor to ogle the cupcakes on display at the PTA bake sale.

Days later, the janitor and the art teacher dismantled the show and our class had the chance to bring our frog drawings home. I took mine from the classroom, hesitating over the garbage can as I considered tightening it into a ball and throwing it away. In the end, I did not. I was too proud of that frog, even though the whole art show experience was the death knell of my interest in drawing.

At home, I didn’t know if my mother was delighted in my picture or if she simply recognized my need for her to see its magnitude in my eyes. But she did something for which I’ll always be grateful. She had my father, who matted and framed her art work – I later saw this as a final tenderness between them – mat and frame my frog for me. He positioned it behind glass as if it were a rare, beloved specimen, and hung it in my room for no one else to see.

It remained there for years, where it often filled me with a sense of pleasure, reminding me that I once had the courage to draw. Still, there were moments of disappointment and insecurity, too, and always, always the painful knowledge that I’d so easily lost faith in myself.

When my mother and stepfather moved and I had the chance, I welcomed the picture into my own home, finding the perfect place for it on the back wall of my studio. Now, each time I enter that space, I gaze into those amphibious eyes and return that wry grin with satisfaction, knowing the frog of my youth has come to teach me that creating art is as much about fulfilling our own souls as it is about pleasing an audience. And for me at least, it’s also about putting a hard-to-reach love both on display and in perspective, framing it behind glass lest I ever forget to believe.