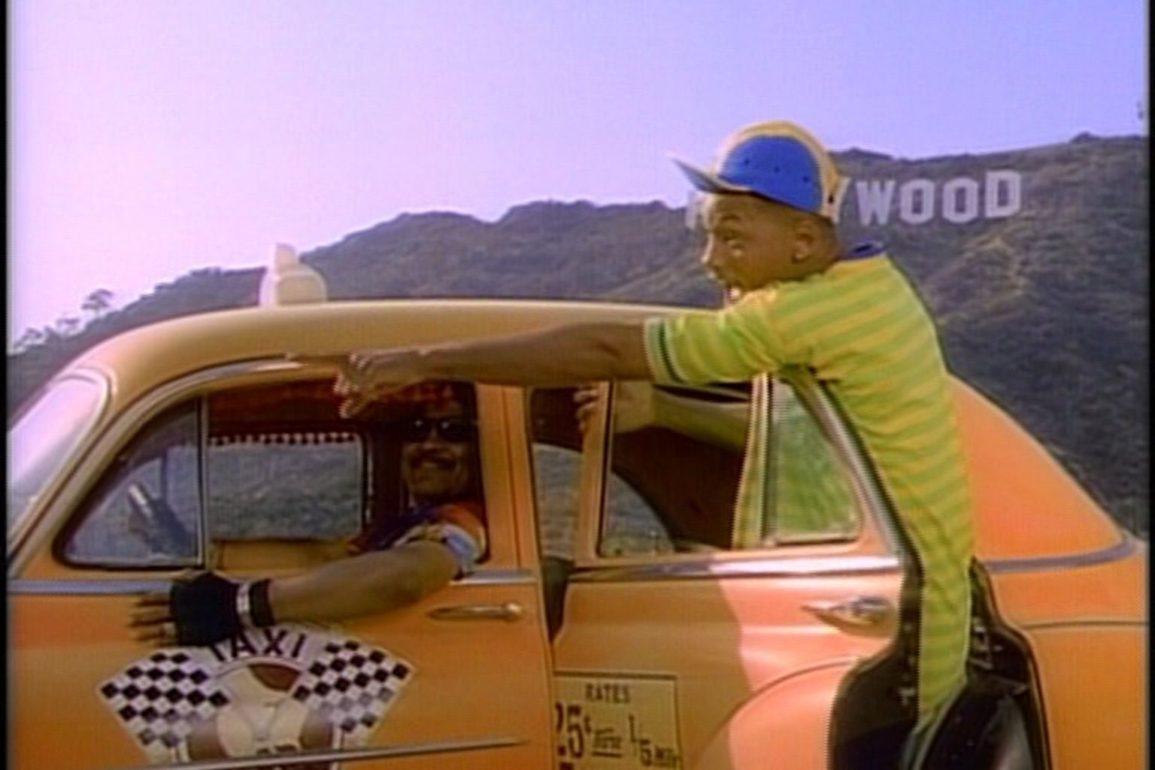 The most important thing, those first days of our cross-country road trip, was the music, and who controlled it. Neither Elyse nor I was a control freak. In retrospect, years later, that was probably the major problem with both of us — in the city we’d just left, the relationships we’d both left behind, each of us was the low-pressure one, the partner who didn’t mind, the one who always made do with the circumstances. My girlfriend was a stripper? That’s cool, I can be supportive and feminist. Her girlfriend had a job that required her to file after-hours reports till 2 A.M.? No problem, Elyse could go to sleep at dusk, wake up early and walk the dog before work.

In the car Elyse had her CD wallet, a book really, 200 thin pieces of plastic that together were surprisingly heavy. Much the way my life went — all these little sparkly pieces that, when I tried to hold them all together, became unsightly and impossible to hold. I had CDs too, but I wasn’t nearly that organized, I kept them in the trunk. I took out a few at a time. Elyse drove. I D.J.’d. Mostly it was me selecting from her music, all these bands I’d never own but never took the chance to listen to. The Dixie Chicks, Kenny Rogers. Country music? Sure, why not? I could be the sort of person who liked country music now. Country music was about heartbreak, going out on your own, starting over. Maybe liking country music was exactly the sort of person I needed to be now.

San Francisco was the land that told you that your dreams could come true. That was fine. What it didn’t tell you was, you have to keep those dreams in check, constantly reposition yourself according to them, or else those dreams could pull you into a black hole and never let you out.

Neither of us said as much, but we both looked at this trip, I think, as our new San Francisco — a place to find new dreams. Or, at least, to chuck the old ones out the window like we would’ve chucked our non-compostable litter if we were coming from any other city, to leave them coughing and asphyxiating in the dust. Here are the songs I remember hearing: On leaving San Francisco, “Islands in the Stream.”

And, just as we pulled out of California and over the Arizona border: “Wide Open Spaces.”

I’d only read about places like these. Places where you stepped out of the car and the world around you was 90% sky, and 90% of that was clouds. Great clouds, multi-story clouds, dragon clouds. Clouds that could only exist in places like these, that in Philadelphia or San Francisco would get edited into tiny slivers of sky between buildings.

From the Grand Canyon we headed to Flagstaff.

Elyse said Flagstaff was a hippie town. I don’t know why that appealed to us. Elyse was a matter-of-fact tomboy and I was a punk. We both liked country music and hip-hop, for crying out loud! The day we rolled in, she was in a red-and-gold plaid shirt, jeans, and a trucker hat; I probably had on a black t-shirt with skeleton hands that formed a band name or an ironic saying like Physics Is Phun with the letter h‘s slashed like Planck’s constant, a joke nobody would get, including, back then, myself.

We got in in late afternoon, found a cheap but non-dangerous-looking motel whose rent on the sign was reasonably close to our limited budget, booked a room, then kept driving. We pulled into a bucolic strip of stores that passably resembled a downtown area.

It was four o’clock in the afternoon, the sun was still high, and every shop we passed was closed. A few people were on the street — people who were definitively going somewhere or coming from somewhere, we noticed with the trained eyes of aimless wanderers, those who had exempted ourselves from the tyranny of routine. The heat was vivid in the air around us. It made everything heavier, not unpleasantly so, just sort of drunken, where your body and everything that touches it becomes inexplicably harder to move.

I tried to conjure a mental picture of the snow that had surrounded us as we slept not 24 hours ago, and it just wasn’t happening. It seemed like one more illusion of uncertainty put on by the heat.

In the windows of the shops we saw glass fortune-teller’s balls, crystal growths on rocks that resembled moss and water, crystal growths that stood alone that looked like giant beautiful insects and arachnids, crawling and growing all over the shelves and beyond. Crystal: this was supposed to be what Flagstaff was all about, the union of nature and our need to be voyeurs of it, our lust for beauty, our desire for mystery.

We tapped on the windows. No one was there. It didn’t matter. Neither of us were in the market to buy anything; even if we had wanted crystals, even if we desired the sort of future sight that crystals would give us, there was no way something that delicate would survive Elyse’s SUV intact.

We went back to the hotel and changed for dinner. Not fancy, just different. Elyse girled herself up a little, not too much but enough to get away with being butch in Middle America. I put on my Nields concert shirt that said, on the front, I Sold My Computer, and on the back, For a Used Acoustic Guitar. (Because this is a nonfiction account, I must point out that neither of those things is true: for one thing, I have never in my life sold my computer, and I still don’t know how to play acoustic guitar. However, it remains, nonetheless, a really good song.)

We got dinner at a local cafe, which looked like a coffeehouse but served legitimate food. And when I say “we got dinner,” I mean, Elyse got dinner and I sat with her and drank a can of tomato juice, then we stopped at a market and I invested in the next few days’ food — a pack of 6 bagels (Lender’s, so goyish) and a pack of fake meat and ate on the corner. Then we went to a local bar.

Or, we tried to go to a local bar. Joey was in tow, ever-ebullient on his leash. In San Francisco, there was no way this would have flown. Here, no one cared much about a dog; he strolled in like he owned the place, and for all we knew he did. The two of us, however, were a different story.

Elyse, the bartender gave a cockeyed glance at when she walked in. Me, even in my baseball cap and with my payos tucked in, he could tell something was up.

We fumbled through our freshly-changed pockets. Elyse found her passport, which the bartender regarded suspiciously. Watching him watch the passport, it occurred to me just how strange the concept was. It’s a book? You get stamps in it for visiting other countries? And it’s not, like, an insert into a breakfast cereal or a summer camp contest; this thing is officially endorsed by the government?

The bartender shook his head and handed it back to her. “C’mon, guy. You got a real I.D.?”

“I left it at the hotel —” she started, then stopped, a verbal facepalm. “In the car.”

We had walked to the bar. Not too far, but it was a chance for Elyse to drink and not worry about driving back.

The bartender let loose a sigh, as though the concept of a passport were personally causing him a deep and terminal pain.

“Okay, whatever,” he said, turning to me. “Now you. Tell me at least you got a driver’s license?”

I hadn’t even brought my own passport. It was buried deep inside my bags, secure against pickpockets and my own clumsy self.

Back at the motel, way earlier and way more sober than we’d expected to be, Elyse and I lay on our respective beds. Joey flopped onto my belly and let his tongue roll out. I reached out to the six-pack, cracked one open, and passed it to Elyse.

“At least we don’t have to worry about driving home drunk,” she offered reflectively.

“Or walking home drunk,” I said.

“Or getting into drunken fights with itinerant locals,” she said.

“Or making a drunken bet and losing the car.”

“Or making a really drunken bet and winning someone else’s car.”

“Or the whole city. And then having to stay here and take care of it.”

Something clicked in my mind. In San Francisco, our lives at night were governed by the things there were to do at night. Bars, concerts, poetry readings, parties, talent and variety and burlesque shows. Here, we just assumed we’d do a bar because that was what there was in small towns. Take away the avant-garde performance art, and what else did you have?

Maybe nothing. Or maybe there was really nothing.

“Let’s go outside.” I hopped up suddenly, displacing Joey with a woof, and made for the motel room door. Elyse followed me. So, after a moment of suspicion, did Joey.

Outside the sky was every bit as massive as it had been earlier that day, with a complete and vibrant darkness. The sky wasn’t black at all. It was blue, a fabulously deep blue, crisp and untouched by humans or electricity. The stars, too, were not white but a delicious buttery yellow. And there were so many of them. Hundreds, millions. Too many to grab onto. So many so you wanted to scoop your hands into them and simply hang on them, your knees curled upward, your feet kicking away from the surface of the Earth.

This really was nothing. I don’t know how long we were out there for, away from the city, away from clocks and everything. But that was exactly what we did that night.