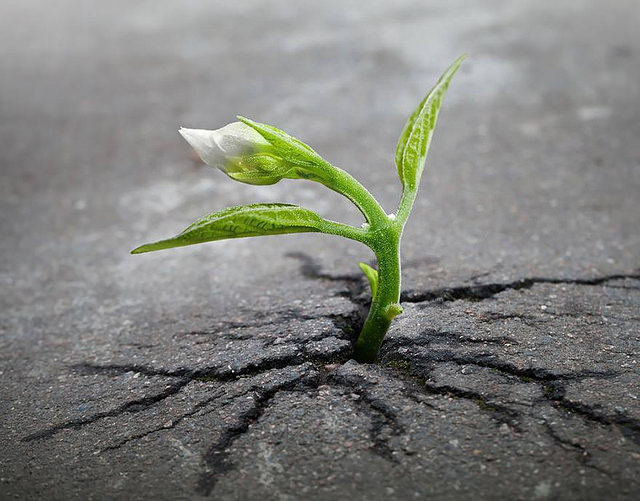 You Will Get There When You Get There

The irony was laughably unavoidable as I scrambled frantically, gathering my belongings, refreshing the bus times application on my phone, and running to the bus stop – on my way to a three-day silent meditation retreat. I was anxious for calm, crying out for the respite of silence. In my impatience, my constricted breaths, my fixated frustration with the inaccurate neon sign displaying the bus arrival times, I recited internally, in a sense of begrudging obligation, This is the Practice. I repeated it, as an aspirational gesture, trying to make it stick.

I knew, I know, that whatever wisdom and strength and skills I hoped to gain from this spiritual experience are davka intended to support me in everyday life, in moments like these. I have done this before, and I have read the books, and I am already sold on the whole “mindfulness thing.” But breathing exercises and visualizations and mantras are hard to come by when the mind has already launched into the panicky and endless refrain of the F-word. When the heart is racing and every muscle is tense and paralyzed, and a senseless, indignant anger arises throughout the body, these ideas feel out of reach. And so I am left, at the very least, to laugh however slightly at my own stubborn seriousness. But I want to get there NOW! I want to get up north and go be mindful already, damnit! Sigh.

Though the weight of my anxiety still remained throughout my body, I coaxed myself into a sort of acceptance that I would take the next bus, already several hours later than I had originally planned, due almost solely to my poor time management. I purchased a ticket from the counter at the Jerusalem Central Bus Station, repeating the line number and destination in monotone several times as the clerk insisted the place did not exist. I persisted, and upon successfully completing the transaction, I treated myself to a lentil salad from a cafe in the bus station, and laughed at how I almost ordered a “contact lens salad” (for like, the third time at least) through a slight mix-up in my Hebrew conjugation (adashim vs. adashot).

I find a metal bench near my bus platform and situate myself, prepared to make the most of this “salad opportunity.” A few feet away, a young man with dreadlock-style payos strums a guitar and belts out hasidic melodies in mediocre vocals, and very loudly. And instinctively I launch into my internal monologue designated for men taking up too much space, and how some people have no regard for the public sphere, and why can’t people just have an awareness that there are other humans around them, and how my mother raised me right, at least.

It’s a diatribe resembling the one reserved for when my neighborhood grocery store consistently operates like it’s located in Chelm, and the express lane is congested with People With No Regard for Rules. Meanwhile, I counted my items to make sure they did not exceed the limit of ten. I abide by laws and social order, I affirm in my mind, full of contempt for the injustice of it all. And here, this Central Bus Station rockstar triggers in me that same disdain, disgusted at the gall.

And at the same time, there is some tiny, barely reachable, part of me that says with sincerity Oh, how lovely. I live in Jerusalem and it is full of so many different and colorful weirdos and here is someone singing the Psalmist’s words about praising God, declaring the kindness and wonders of the Creator to all those who inhale the boureka-infused air of the bus station. Wow, what a blessing.

I take slow sips of my orange-lemon-ginger-turmeric juice, exhale helplessly under my breath murmuring “Tatte,” my go-to address to the Divine – and glance ahead of me to see if the bus is in sight. Still an empty parking space. I eat a forkful of lentils and sweet potato and beets, and calculate how late I will arrive, how much I will be missing. You are already here.

I think of the unexpectedly Zen reminder my mother would chant at me whenever I drove: You will get there when you get there. Her words were intended as an expression of maternal concern, warning against speeding on the icy Southfield roads to school; but they had unwittingly taken on a deeper resonance now.

The truth is, I was anxious to arrive, and anxious about arrival. I itched for the silence and also against it; I knew it would be good for me, but I also did not know what would emerge within me in the open space of wordlessness and if I was prepared to sit still with it.

And yet, while I cried my fair share, and indeed experienced many moments of intense reflection, it was somehow gentle. Cushioned by the acceptance of the silence, the invigorating warmth of loving and inquisitive attention, nothing seemed as scary or urgent anymore. Pain was there, and loss, and fear; they were all welcome too, alongside kindness and care and wonder. And in such an embrace, they were at last disarmed.

During one of the walking meditation sessions on Shabbat afternoon, my feet move me, following my eyes, from tree to tree, observing individual trees among the many scattering the picturesque kibbutz near the glowing Kinneret. A few feet away from where I stand, lemons dangle from the wispy, resolute branches of another tree, its base planted in an old car tire. One thin branch droops with an especially dramatic curve, pulled by the weight of the blooming yellow fruit, but remaining steady as it is, without resisting.

At one point, I find myself near-hypnotized, walking in measured, but organic, tender steps, making loops around the same single thick-trunked tree, with sprawling, sturdy roots I feel as bumps beneath my boots. And I keep walking in circles, and each time is new, spontaneous. It just feels like the most natural thing. Soon, just days later, would be the day this tree’s life-force sap would rise, and we would all celebrate its continued renewal, on Tu B’Shvat.

I felt a surge of gratitude and awe for this tree’s growth, so much I could not see. From the fourteenth of Shvat to the fifteenth, and then onward, would this tree appear any different or more vital to my eyes? And yet. Who could deny its growth, its accumulation and transformation of life energies? And who was to say I was any different?

When we return from the walking session to a sitting meditation, the instructor shares a beloved Mary Oliver writing:

When it’s over, I want to say all my life

I was a bride married to amazement.

I was the bridegroom, taking the world into my arms

Automatically, with my eyes still softly shut, I am launched into quiet laughter as the imagery of me encircling a tree with my footsteps just minutes before transformed playfully into my mind as that of me in that very scene, with the tree’s outreaching branches overhead as a chuppah, a wedding canopy; I laughed because on some poetic level, perhaps I had indeed married a tree. And I knew the tree could never really be mine, nor I the tree’s; but for those moments, I could dwell in the humorous beauty of the poetic and natural union.

At the end of the retreat, when the silence is gently broken with words of guidance for transitioning back into “real life” and continuing the practice, we are asked to pair off with someone next to us and exchange with each other one thing we learned over the weekend in silence together. My partner wears a “Thank U, Hashem” bracelet and radiant smile, both of which brought up in me an ugly cynicism at points over Shabbat when she and others sang and danced joyfully and I struggled to connect, and my own blockages presented themselves as judgmental impatience. I am embarrassed to consider these moments of my petty shortcomings, especially as the young woman shares her reflections from the meditation retreat. It humbles me to recognize the way a room full of people spending three days in silence together contains a collection of totally separate, yet deeply connected, stories playing on in parallel. The shining woman describes the sense of peace she accessed over this meaningful Shabbat, and confides that the past few months have involved significant spiritual and emotional struggles for her; she sighed with gratitude and relief, as she realized aloud that this weekend was the first time she remembers smiling genuinely in a while. And here I was, resentful of what appeared to be some “natural” powers of calm and enthusiasm I simply lack. There is so much beneath the surface.

And so I am thankful for the opportunity in the silence to look outward, in order to come back inside. To be surprised, again and again, by “small moments, many times” (in the words of my teacher).

No one says it better than Mary Oliver (of blessed memory):

Who made the world?
Who made the swan, and the black bear?
Who made the grasshopper?
This grasshopper, I mean-
the one who has flung herself out of the grass,
the one who is eating sugar out of my hand,
who is moving her jaws back and forth instead of up and down-
who is gazing around with her enormous and complicated eyes.
Now she lifts her pale forearms and thoroughly washes her face.
Now she snaps her wings open, and floats away.
I don’t know exactly what a prayer is.
I do know how to pay attention, how to fall down
into the grass, how to kneel down in the grass,
how to be idle and blessed, how to stroll through the fields,
which is what I have been doing all day.
Tell me, what else should I have done?
Doesn’t everything die at last, and too soon?
Tell me, what is it you plan to do
with your one wild and precious life?