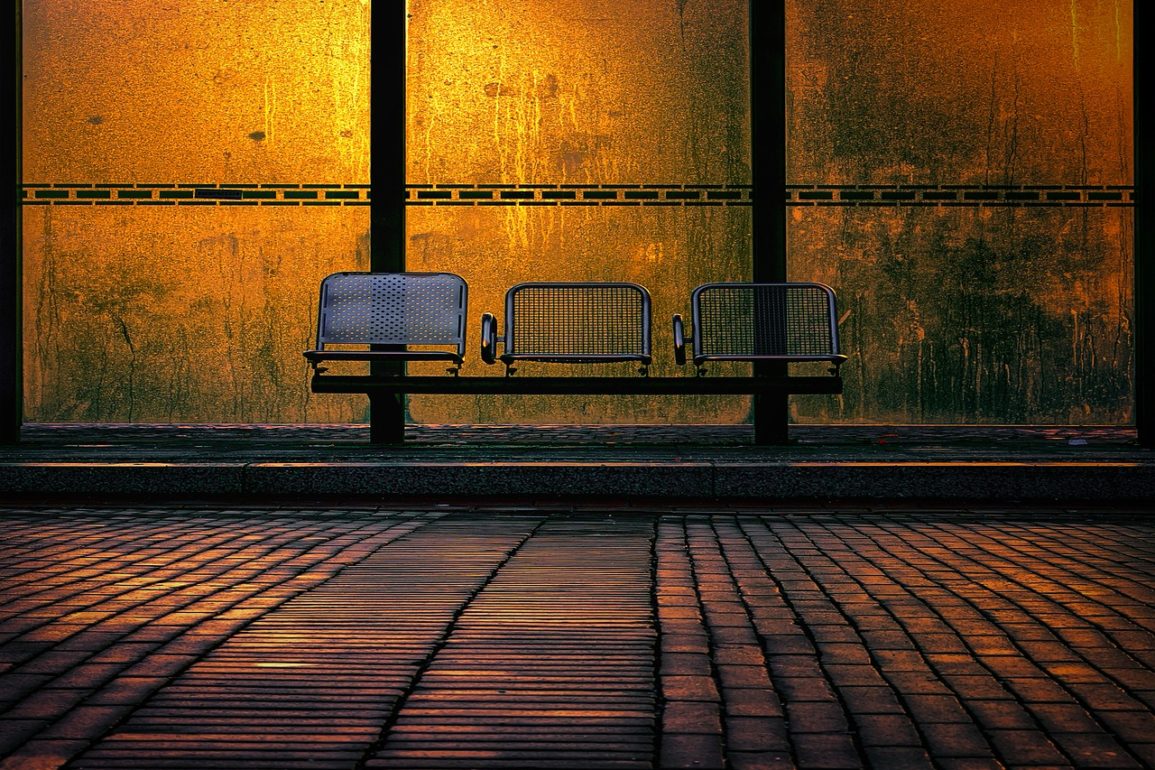 These Are The Murmurings Of Strangers

Yet again, my face hurts because everything is absurd. Not in a good or bad way, but mainly in a way that feels like G-d coaxing me, “If you start up again about how you have nothing to write about…”

The more ridiculous, the better. And these strange strangers make it easy. I like that by virtue of their bizarreness, not much extrapolation is necessary, no urgent need to pile on significance or scrape away too deep for it, because the nature of description is enough for them. There does not have to be an underlying symbolism or moral resonance – although, what the hell; as they say, “it ain’t trickin’ if you got it.”

The point is, this is the way things are, at least some things, sometimes. These are real things and I saw them.

At my bus stop: an old man, with the standard-issued black leather, velcro-strapped old man shoes, and a red baseball cap; and lo, and behold, it actually does say “Make America Great Again,” and I don’t know if I find more shocking the fact of his wearing said hat, or my own naive astonishment. You’d think he would at least show some decency, some shame. Does he think the heinousness of the tacky accessory is offset by its irrelevance (after all, said bus stop is in Katamon, Jerusalem, Israel)? In case there existed any doubt about where exactly the man stood, his jacket gaped open, unzipped, to reveal a tee-shirt that read “Soviet.” The incoherence was its own rationale. I could not make this up if I tried.

I step in front of him to get on the bus, even though he is old and I should be the bigger person and spread kindness and all that, and “You shall rise before the aged and show deference to the old.” But if it doesn’t matter anyway, it doesn’t matter anyway. He sits in the front and I can see a tuft of white hair peeking through the red hat, the back of his old, racist head. And then we arrive at my stop, and I am still amused at my baseless irritation.

Last night, I went to the makolet, and on the bench in front of Bank Hapoalim, sat on old-ish lady; but the kind of “old” where you more or less know she’s not actually that old, but that something beyond sheer quantity of years has taken a toll on her. She bared a mouthful of teeth with empty spaces glaring between each yellow-dull squarelet. She asked me in Anglo-Hebrew “slichah, efshar esser shekels?” (“Sorry, may I have ten shekels?”) And I thought about how I had just gotten a free drink from a man whose texts I would later avoid with no good excuses, and anyway, I was about to spend that much or more on Ben and Jerry’s, and anyway, it just seemed like the type of thing not worth questioning. Ten shekels.

So I stood there digging with two fingers through the coins in my wallet, sorting shekels from agurot from American dimes, dropping two or three in her palm at a time, narrating “and that makes five, now there’s seven…” as she looks up at me blankly and I am disarmed. She is not charismatic or kind. She has done nothing particularly heartwarming; she is not humans of New York or even of Katamon or even of That Bench Outside Bank Hapoalim. She seems like the kind of troubled old lady who has dolls she takes care of, has names for; it’s not that I feel pity for her exactly. It may even be disdain, if I am being honest already. Each extra second it takes to pull out the sufficient number of silver coins nags at me painfully, as I feel around for an escape route. The gall of her presence on this public sidewalk disgusts some part of me, for reason I cannot justify. The thought of walking by her and ignoring her request, or even offering a mere “Sorry, Shavua Tov,” did not even cross my mind; I was helpless. It’s all her fault. It was not sentimental or thoughtful; I was trapped. It was an automatic wallet unzipping, in lieu of a verbal response. It did not feel necessary for me to dictate, only to submit.

At the makolet, I arrive ten minutes before closing, when the cashiers are always resentful of my presence, when they had mentally checked out and begun closing up. I get by on a technicality. It is 10:52pm. I scan the snack shelves, knowing I should eat something “real,” but I know that with this selection I will inevitably end up ritualistically sorting through the ice cream containers, lifting each pint from the stack to examine closely and avoid any hasty decisions. But at 10:55, efficiency is key, and I head to the counter with my Jimmy Fallon special marshmallow flavor yet again, and the makolet guy who knows me well enough to feel comfortable doing so makes a snide comment about my long ice cream deliberation process, and tells me I should wear my contact lenses more often. I think he should keep his opinions to himself more often. He remembers – with an unnecessary comment, naturally – I do not need a plastic bag; I live a minute away and carry a tote bag, but he finds it funny every time, and I let him have this sad amusement.

The bench lady comes in after me, as I am paying, and I notice her notice it’s me again. The cashier, eager to close and go home, asks her how he can help, and she bashfully says she can wait until he finishes helping me. I assume she’s embarrassed, about to buy cigarettes or junk food with the eleven (I threw in an extra) shekels I just gave her, and from what I’ve been taught, I am supposed to be indignant about this — betrayal, this squandering of my hard-earned money, this blatant excess. It’s all why “they” are on the streets in the first place, right? I mean, “not all of them, of course,” but surely, “there are a lot of creeps out there, Elizabeth.”

Okay, but we all need the things we need to get by. And isn’t it lovely I happen to earn a paycheck to support my indulgences and creature comforts, so I can fork over my own spare coins for some sweetened, (dangerously) dairy bliss! Okay, sure, technically, those eleven shekels could have gone to someone “actually in need” but a. I was not planning on giving those eleven shekels to anyone at all, so no one has “lost” what was never theirs; b. If anyone is at the point of shamelessly begging on a bench for ten shekel, they are surely “in need” enough by my standards, damnit.

Part of me felt a guilty nagging afterward, that I should have stuck around and paid for her cigarettes or whatever, so she could keep the eleven shekel for something “actually necessary.” But who am I? Enough deliberation. I smiled and looked her in the eyes when I left the store.

These are the murmurings of strangers. And their silent, if reluctant, acknowledgments of shared space. These are the echoes between us, and the judgments. And these are just the moments I recall at the end of the day for no reason at all.