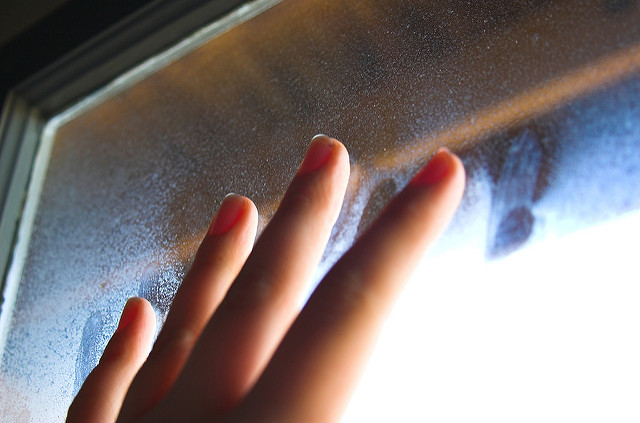 Krista Tippett, host of the remarkable podcast “On Being,” always asks her guests, from poets to physicists, to describe the “religious or spiritual background of your early life or childhood.” And each time, I take a moment to try to consider how I might answer it myself; not that I could ever be counted among the caliber of Krista’s esteemed interviewees. But the question lingers, returning to me in fleeting shower-thoughts or bus-stop musings. Likely because of how intuitive the premises of such terms feels to me in my bones. “Spiritual foundation of my childhood?” Asking me to describe such a thing feels unwieldy both because of how obvious it seems and how ungraspable it is in concrete terms.

That there is such a rich “spiritual foundation” to be mined from my childhood is apparent to me. Beyond my years of formal Jewish education (a gift of literacy and fluency for which I am tremendously grateful), I am nourished just as much by things like my family’s speckled blue Pesach soup pot passed down through sets of matriarchal hands; things like the melodies that somehow always feel as familiar as air, and you can’t quite place where you learned them, because you’ve always known.

I was raised with the letters of the Alef-Bet among my first utterances, learned in the school of my mother’s embrace in that wicker rocking chair, captured through my dad’s guttural enunciations on cassette tape, as he slowly chanted the sing-song for me to mimic: lamed, mem, nooooon.

I was too young to understand, too impatient shifting in my seat and counting the pages left in Mussaf in the hardcover Artscroll; I still am. But now, at least I know I have no idea.

I made sure to be home by eight p.m for the funeral. I felt compelled; it was the “right thing to do.” But it was something more, I couldn’t explain. For Manny Mittelman’s funeral, I needed to bear witness. On this occasion, I needed to be home, just for a moment, if only through a screen. These were, underneath it all, “my” people; this was my community still. Beyond knowing what exactly that meant to me, I knew it was true.

My mom texted me she had arrived at the chapel in Oak Park, Michigan that would soon appear on my screen. The rows overflowed, but she managed to find a seat in the back row. The livestream format made me feel strangely voyeuristic, although I could never truly be an outsider, despite the miles of distance.

There was no way I could make up for the years of High Holiday services I spent half-resentfully rolling my eyes at the cantorial pleading I dismissed uncharitably as self-serving, performative whining; I had no concept of what his saltwater-saturated eyes had seen, the images his mind must have been plagued with, the memories that loomed, competing against the comfort of his prolific storage of black printed lines of Tosfos and the predictability of ancient cantillation, and disrupt the stillness of his nights. The terrors he refused to submit to: “I will not die, for I shall live and tell of G-d’s deeds” (Psalms 118:17).

I did not get it, did not appreciate the rawness behind those adamant requests that declared with a balance of fierce humility and humble fierceness, that he would not take no for an answer, not after all this time, would not let Heaven’s gates slam shut without the King of Kings giving His People a fair shot. How could Tatte, the Merciful One, deny the cries of the last man on earth with an Auschwitz tattoo on his chest, an artifact hidden all these years, throughout his new life, close to his heart. He knew a world where everything was broken, where death chased him and he clung to G-d, held onto Life with the kind of fight most authentically expressed as prayer. And he was on our side.

He pounded on the shtender, directed harsh and unsubtle looks of judgment at the latecomers, and the gossipers in the corner. He pounded on the sturdiest of G-d’s doors, directed his whole heart up to Tatte in Heimel and dared Him to catch those heaviest of burdens. Stubborn to the elaborate protections of the sacred chambers, Manny refused to be turned away.

And how could G-d turn away a soul marked by so many close-call encounters with the Angel of Death. What chutzpah it would be, really, on the part of the One, to have chased the man so thoroughly, pursued him within inches of his life, making the glaring point of keeping him around, only to show indifference. G-d’s cold shoulder, His hard-to-get facade, didn’t stand a chance; His gates and curtains, barriers and obstacles sunk away, melted by the purest tears: “Here I am, bereft of deeds.”

I was too young to understand; I still am. But maybe that’s the difference, that now I know I have no idea. Except I can finally sit still long enough to hear the echoes reverberating, the very bursts of sound I once could not stand; they are indeed full of pain. Still they ascend, dripping sweetness that lingers in this world, nurturing me, protecting me through merits I did not earn.

These legacies are mine and they are not. I do not look back, not beyond wistful, appreciative glimpses. I do not pine for the “old world” of the legendary European yeshivas mourned in the eulogies that emphasized Manny’s presence as a connection to a lost world. I am weighed down with the sense that this marks an “end of an era,” and also that I am too young to know what that really means; and that this must therefore be the kind of meta-loss where I am cognizant I am – we are – losing more than we can even know. I do not want to go back, to the “old country” or the old suburbs of Detroit, and yet I honor the incomprehensible and undeniable ways they all have shaped me.

During the funeral, my mom and I support each other over text, sharing moments of synchronicity as we both recall Manny’s presence in shul, his reliable and clever quip during Megillah reading. It feels selfish to make a funeral, especially one like this, about my own spiritual development. And yet, it feels unavoidably like a “coming of age” moment, a turning point.

I will be twenty-five next month. And I am still the little girl in frilly socks and Mary Janes fussing next to my Mama in shul, while the shliach tzibbur won’t hurry up. I feel remorse, and also lightness. I believe that such prayers are powerful enough that it doesn’t matter if I understood, or if I understand now. Is penicillin any less effective as it courses through the body if the patient is ignorant of its scientific mechanisms? There are merits with energies of their own, that transcend the need to grasp them. They hold us instead, a spiritual foundation on which to rest.