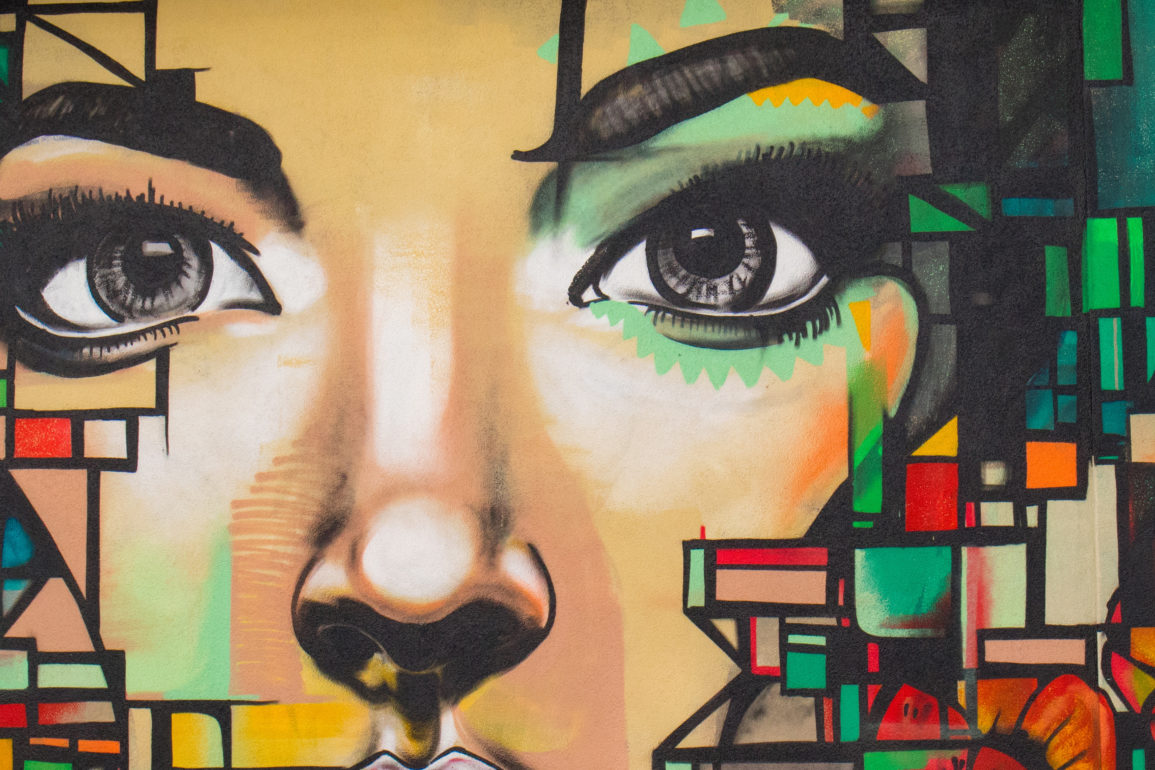 This Isn’t Really About Smoking

Forever ago when I was back in college, I used to smoke cigarettes because everybody around me smoked them. I didn’t do it because I thought that it was cool. It was more that it was expected… sort of. Everybody I hung out with smoked. Everyone in the movies and on TV smoked. So I smoked. I didn’t think about it much beyond that.

But the truth turned out to be that I never really liked smoking. So I sort of faked it. Not only did I smoke filter cigarettes, I didn’t inhale. I never admitted that to any of my friends. I used to just take in a mouthful of smoke, hold it for a moment or two, and then blow it out again – usually through of my nose. At the time I did think doing that looked cool. Actually, it probably just looked silly.

Anyway, because I didn’t really like smoking, I used to stop… a lot. Notice I’m not saying I quit. Because I didn’t quit. I just… stopped. Sometimes for a month. Sometimes for a couple of months. I never, ever thought of it as quitting. I just wasn’t smoking right then. And I knew that at some point, I would buy another pack, and I’d go back to my weird, “fake smoking” thing.

Even after years of listening to the growing mounds of evidence that smoking was really and truly bad for you, I still didn’t quit. Although I started to think that I should. Instead I started “fake smoking” imported filter cigarettes. They were supposedly better for you because the tobacco in them wasn’t chemically treated like the tobacco in American cigarettes was. (And likely still is.) I never bothered to check to find out if that was true. I just took my boyfriend’s word for it. After all, he worked in a pipe and tobacco store, so, of course, he would know. I guess I could look it up now, but it doesn’t matter anymore.

Eventually what happened was that during one of those times I was stopped, it occurred to me that I could just stay stopped. As I said, I knew I shouldn’t smoke. Even so, I never decided to quit. I just kind of didn’t start again.

Now I know this sounds like outrageously convoluted thinking because… well… it was.

I remember so well sitting and letting random thoughts percolate around in my brain:
+Knowing what I did about the dangers, why had it been so difficult getting to this point?
+Why was this such a revelation?
+Why hadn’t this crossed my mind before?

And that most fundamental of all questions: What the heck?

But there it was. And there I was. Blinking in surprise. Then I huffed out a certain bad word (that begins with “s”.) And that was it. I was done.

I have more or less stayed stopped ever since. The “less” is that every now and again, over the years, I would get this urge for a cigarette. And when I say now and again, I mean it would be years between these feelings. But when that happened, because I no longer had any friends who hadn’t also quit smoking, I’d pop over to the nearest 7-11 and buy a pack of whatever was the cheapest kind of filter cigarette. (When I did this, I always ending up feeling extremely glad I’d quit – and yes I finally used the “q” word – because I thought the price of cigarettes was outrageous).

Anyway, I’d buy one pack, take out a cigarette and light up. Take no more than a puff or two. Make a face at how nasty it still tasted and put it out. I’d throw out the pack and then I’d be back to not smoking for another two or three or four years.

At some point when one of those cravings hit me, I considered the outrageous cost of those couple of puffs, and I just thought: This is ridiculous. Not going to happen again. And I haven’t had a cigarette since. I don’t even know how long ago that was, but I’d go with decades.

At this point, I suspect most normal people are wondering, (1) what is wrong with this woman and (2) if this isn’t about smoking, what the heck is it about?

Actually it’s about becoming more observant. No… really. It is.

It was five years from the time I bought “Judaism for Dummies” my first book about Judaism, until the time, several full bookshelves later, that I decided to convert. And it’s now my bat mitzvah year (I’m twelve) based on when I came out of the mikvah.

Counting on my fingers, as I do, I realize that means its taken me seventeen years, not so much to become more observant, but to realize that I have.

How is it even possible to live inside your life and not notice what’s going on inside your life? Honestly I have no idea, but hey, I’ve just done it… at least twice. And who knows what else I might not have noticed yet.

When I first converted, I was absolutely certain that being Jewish was the religious path I had been searching for my whole life. And I was, thankfully, completely right about that.

The only other thing I was certain about (because it’s been a constant in my life, no matter what subject we might be talking about) was that I am driven by learning.

And a good meat cholent. But mostly learning.

One of the things that drew me to Judaism is that it encourages lifelong learning… and questions. We absolutely cannot forget the questions. I’ve had lots of those since I was a little girl whose age was in the single digits.

And, oh my goodness, I am so lucky to live where I do because there are so many Jewish classes, and Jewish lectures, and Jewish film and book festivals. I probably shouldn’t put it this way, but I’m from Texas, and as folks down there would say: surrounded by all this information, I felt like I was in hog heaven. (No hogs were harmed, or consumed, in the construction of that silly sentence.)

When I started out, getting to some of the places where the learning was taking place, required some serious drive time, but I didn’t mind putting it in. I would drive 3 hours round trip several nights a week, as well as on Shabbat.

And yes, I now know, driving on Shabbat = bad. But I didn’t know that then. Besides the small town where I lived at the time didn’t even have enough Jews to support a regular minyan (whether or not they had counted women.) And I hadn’t yet learned about Shabbat hospitality.

As with everything in life, there was a down side to all this information. As I started diving into it, more and more I realized how vanishingly little I really knew about… almost anything. About the written and the oral Torah. About those 613 commandments I’d taken on. About how to live a Jewish life.

I did know about dressing modestly, and it was one of the earliest of the mitzvot I took on, because to be honest, it was easy for me. Beyond that… well, I took my best guess. And tried hard to keep the promise I made to G-d when I went into the mikvah: that I would always do the best I could based on what I knew.

After I converted, and was able to become a member of my first ever synagogue, I loved my new community. They were so accepting and supportive. But the synagogue was small, and there simply wasn’t a large enough mass of folks interested in learning to support many classes there. So I signed up for mailing lists at any synagogues I ran across online. And I started going to any classes that were anywhere near me that looked interesting.

As you could probably guess, it was hit or miss. But it had taken me learning with a couple of Rabbis before I finally found one who became “my” Rabbi for the conversion process. During that search, it never occurred to me to give up, I just kept looking until I found the right one.

The same thing happened with the Great Search to Learn Stuff. It never occurred to me to give up. And eventually I was lucky enough to find the right classes, and the right synagogue, and most of all, what turned out to be, the right community, and they all also became “mine”. Although they might possibly think I became theirs, but “po-tay-to” “po-tah-to”. However you say it, I found my community.

Still, interacting with this new community made the magnitude of what I didn’t know even more apparent. On one hand, that made me want to learn even more. On the other hand, to do that, I had to leave my original community and that was so hard. It took several years before I could even let myself think about doing that.

Once I did do that, I was faced with the fact that the learning and wisdom of the folks in my new community was intimidating and almost overwhelming.

Occasionally, I even got frustrated with Judaism:
+Really? Why was everything so darned complicated?
+How could that possibly matter to anybody?
+Who in their right mind would do… whatever new thing it was that I realized I was supposed to do?

Me and my never ending curiosity. I always had more questions. I sometimes felt I would never, ever have enough answers.

But again I didn’t give up, because Judaism really is my true path to interact with G-d. And because the same thing that made it difficult for me is the thing that kept me going: the community.

It is blessed with leaders and instructors who are amazing scholars, who share their knowledge and the wisdom they’ve gained, freely with those of us who have just begun our journeys.

They live their Judaism all the time, in all facets of their lives. They open their homes and invite random little old ladies to their Shabbat tables. And because they do, I have been able to understand something that was only a vague idea to me: that the home is the true center of Jewish life.

Also they feed me, which is where the cholent comes in. As I said, not the most important thing, but it adds.

And these wonderful folks answer a lot of questions. A lot. And they explain, sometimes more than once, why they are doing some of the things that confuse or annoy or frustrate me so.

They are all in. Period. Full stop. And I respect them so much for that. I look up to them… way… way… up.

Recently, I was somewhat shocked to notice that I have taken on a number of things, that I have started keeping certain mitzvot, without really planning to.

And this is where the stopping smoking and starting being more observant intersect.

Thus, I plod along my somewhat confused way to observance, with the assistance of a wonderful supportive community.

And from time to time I notice that I am further along, and when that happens, I spare a few moments to be grateful to G-d because I certainly couldn’t have figured this out, or gotten this far, on my own.

Photo by Timon Klauser on Unsplash