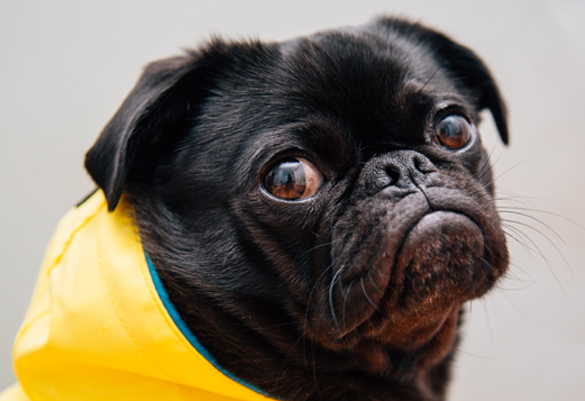 There’s A Lot of Whining in This! You Have Been Warned!

“When I was 5 years old, my mother always told me that happiness was the key to life. When I went to school, they asked me what I wanted to be when I grew up. I wrote down ‘happy.’ They told me I didn’t understand the assignment, and I told them they didn’t understand life.” -John Lennon

Most of the time when people find out I write for hevria, the first thing they ask is: What do you write about?

Most of the time my answer is: Whatever happens to be on my mind at the time.

The question this morning is: What the heck *is* on my mind?

It’s quite a jumble in there at the moment.

Two weeks ago, I didn’t lift my foot high enough, tripped on a curb and fell forward onto a cement sidewalk — on my face. (A rabbi I know said I should come up with a more interesting story, something that ends with: “you should have seen the other guy”… but I guess I’m a boring sort of gal, and the boring story is what actually happened.)

THE FALL (in all caps, of course) has been on my mind pretty much all day, every day since it happened. I have a huge, deep gash in my forehead (20 stitches worth), a broken nose, and a chipped tooth. Plus, developing as the days have gone by: some swelling in my fingers; pains of various intensities in my forehead, front teeth, knees and calves (all aches from the impact); and burning in, excess tearing from, and swelling around, my eyes.

I was in the ER for many hours, as one always is.

“Your attention please: No one is coming to save you. This life of yours is 100% your responsibility.” Anonymous

Having said all that, let me also say this, I know I was extremely lucky. I didn’t have a concussion. I didn’t break anything other than my nose. And I had an amazing PA who, although she was incredibly busy that night, put in such good stitches that the ENT doctor who took them out told me how impressed he was with her work.

I was crossing the street next to the Metro station when it happened, and a guard from there came over right after I fell, and called 911. A random stranger offered me a wad of paper towels to hold over the gash and that helped control the bleeding. (Bleeding from the scalp is always excitingly gushy.) The ambulance showed up very quickly, as did a friend of mine who stayed in the ER with me for all those many hours.

“What’s money? A man is a success if he gets up in the morning and goes to bed at night and in between does what he wants to do.” -Bob Dylan

I live alone – by choice. Like everything, there are upsides and downsides to that. I’m an introvert, so I must have the alone time to maintain my sanity. But this was a time when the downside could easily have been overwhelming, maybe even dangerous. When you’ve just whacked your head really, *really* hard, it’s awhile before you know for certain everything is OK.

Instead of that happening, I was able to stay with friends for a day and a couple of nights, until we were all sure it was OK for me to come home. And it was wonderful to have other friends drive me to my doctors’ appointments, or simply ask how I was doing and if they could help out in any way. My favorite bartender sent me a couple of texts asking how I was. And the evening concierge in my building offered me his personal cell number in case I had an emergency. I was surrounded by caring people.

I really was very lucky so I’ve been adding gratitude to my prayers each morning: “Thank you G-d that it wasn’t any worse. Thank you G-d for my friends and neighbors.”

“Freedom is control in your own life.” Willie Nelson

But that doesn’t mean I’m not freaked out. I am. I’m completely terrified I’ll fall again.

Because of that I’ve become just slightly agoraphobic. I’ve only been out of my apartment building a couple of times in the last couple of weeks; never alone and always to go to doctors’ appointments. Of course, that also had to do with the terrible weather we’ve had around here recently: rain, snow and serious coldness.

I cancelled an appointment because it was minus 5 degrees windchill outside. Or at least I think that was the reason. I didn’t think being out in that kind of cold was a good idea. There was a wind chill advisory for older people, and it just seemed way too cold for the gash in my forehead with its newly removed stitches. It isn’t like I can wear anything right now that touches my forehead, for protection from the cold.

It was the first time I was going to drive myself to an appointment. But then I started thinking: it was likely to be outdoor parking, and, oh my goodness, what if my car wouldn’t start after the appointment? It isn’t like I don’t have triple A. But dealing with that possibility just seemed like more than I could handle.

I do think my “reasons” were more or less real and true. But still, if I’m 100% honest, I also felt a slight panic at the idea of going out alone.

Later, a friend of mine wanted to meet at our nearby dispenser of expensive coffee. And even though, at that point, it was a “balmy” 15 degrees out, I didn’t, or maybe couldn’t, do that either and that only involved going across the street.

“The pen that writes your life story must be held in your own hand.” Irene C. Kassorla

In the other direction, future time. In two weeks, I’ll be landing at Ben Gurion airport in Tel Aviv. In Israel for the very first time! The fulfillment of one of my biggest dreams. I hope.

I am both excited beyond belief, and pretty seriously terrified at the same time.

I’ve traveled alone before, and never worried about it. A Jewish friend’s father did have a terrible time traveling through Turkey; and I’m both Jewish and black, so I opted for a slightly more expensive flight through London. Not that the folks at the London entry were especially nice to me when I traveled there a couple of years ago, but still… about Istanbul one of my friends advised: Just don’t leave the airport. Right. If that’s necessary… just… no.

Then, of course, I have to get out of this country.

Initially, I just figured THE SHUTDOWN (again in all caps, of course) would be over long before I would be leaving. I mean, who would ever have thought that this would still be going on at 30 days and counting? With federal employees in line at food banks? And national offices, museums, parks, not to mention airport terminals closed?

But now, after listening to the newscasts about how terrible things are for those thousands of folks who are not being paid, selfishly my next thoughts are about how bad it will be at the airport. What if I arrive at the airport 3 or 4 hours early and still miss my plane?

And if I do make it on the plane, I have long legs relative to my height. Now that I’m having some pain in my knees and calves, what if it gets worse because of being in that tight coach seating space for 16 hours? What if that means I won’t be able to walk around Jerusalem and Masada?

Then I move on to: What if I forget something, or lose something? What if I can walk around, but I get lost somewhere when I can’t speak any Hebrew? What if I can’t handle the cobble stoned streets?

What if I fall again?

Really, all the “what ifs” come back to that. I’ve never felt old or fragile before. But I admit I do right now.

Oh, I think about the reasonable responses: paying more attention, being more careful, never wearing *those* boots again. But for all the trying to be reasonable, I’m still afraid.

Even when you know you’re being crazy, how do you stop yourself?

“No one is in control of your happiness but you; therefore, you have the power to change anything about yourself or your life that you want to change.” Barbara de Angelis

Those things above, of course, are the big crazies. Beyond that, there’s still the little every day crazies to deal with:

Why is my kitchen such a mess?

Why am I so slow? So fat? So ugly? Why am I too embarrassed to go the other part of my apartment complex to use the onsite gym?

Why, after all these months, haven’t I put up all the pictures on the walls in my apartment?

Why do I lose track of so many things that I put away so carefully?

Why don’t I have any sense of linear time? Why do I count on my fingers?

Why are there books everywhere? Well, I know the answer to that one. And I don’t mind that so much. But I move right on to: why haven’t I bought any more bookcases yet?

Why can’t I believe it when someone compliments me?

Or bottom line – that big mussar question: why don’t I take up the amount of space on the bench (neither too much or too little) that I deserve?

All the daily crazy making “whys” come back to that why.

And no amount of reasonable completely quiets them.

“Life isn’t happening to you; life is responding to you.” ― Rhonda Byrne

Again, even when you know you’re being crazy, how do you stop yourself?

I wish I could say to you, like the self-help books always do, that all this whining and craziness has let me figure it out, so here’s the way to fix this! But I didn’t and I can’t. Believe me, I wouldn’t even write a book. I’d share that secret FOR FREE if I knew it.

I *can say* that praying helps. R. Yom Tov Glasser, in a lecture on aishaudio, says that praying in the morning is like priming the pump for your day. That it gives you the spiritual energy to have a better day. That does seem to work for me. Days that I start out saying the morning blessings, and the Amidah are… better.

And I *can say* that I know that G-d loves me, and cares about me, and takes care of me. Note all the above about how much worse my fall could have been. I credit G-d’s (of course, metaphorical) hands holding me up for that.

Finally, now that I’ve let all my whining about my crazies come out through my fingers, and splash itself embarrassingly here on the screen, I guess that helps too.

I mean, I am truly embarrassed about what I’ve written here, and the crazies aren’t gone, but… I think it is probably true that it is the things you try to keep secret that have power over you. So perhaps my crazies now have a little less power over me. One can only hope.

“There’s nothing higher than finding truth on your own. All worlds were made, all barriers put in place, every veil over G‑dliness hung, and the soul plummeted from its pristine height into the confusion of this harsh world —all for this one thing alone: That you should uncover truth on your own.” Rabbi Tzvi Freeman

Again, one can only hope.

Photo by Charles Deluvio on Unsplash