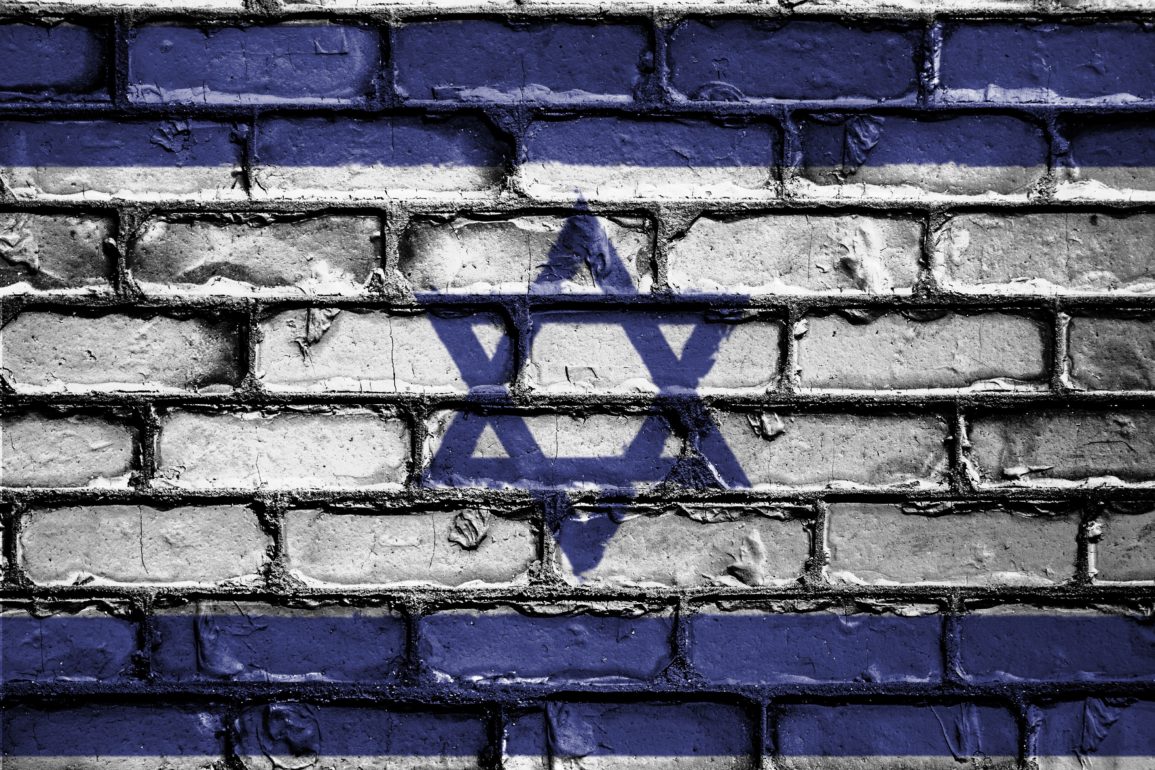 The Day of Swearing and Stomping

I stomped around my apartment for quite awhile recently, saying the bad “f” swear word out loud. I know I shouldn’t swear, but I was so aggravated!

Stomp, stomp! Swear! Stomp some more! Sw… well, I’m sure you get the drift.

I couldn’t believe it. There really is such a thing as too much information!

How could I be thinking such a thing? Me? Who has spent her entire life searching out more things to ask more questions about!?! How could this happen?

It had to do with things that I experienced on my trip to Israel. Not that I was swearing about the trip itself. That trip was, without exception, the best thing that ever happened to me.

But all this started when the guide I hired to take me to Masada told me that he and his family live in what he described as “an illegal settlement.” I didn’t say anything, but I was thinking “Aren’t they all?”

He told me it was one he himself had started and that there are now 38 families there. I don’t know its name or exactly where it is, but I assumed it must be isolated since he said that everyone has no choice but to build their own homes. He’s even built a room at his home that he rents out. [He also told me that the room is on airbandb but that the company was going to start removing rentals that are in settlements. (Current news is that they’ve changed their mind about that.) In any case, from his description, I’d love to stay there for a few days next time I’m Israel, I say hopefully.]

Anyway, the point is that what he described is what my idea of a “settlement” had always been: small, isolated and hand constructed, all based on what I read in our U.S. media.

It turns out there are several incorrect assumptions in what I wrote above. Probably more than I’m aware of.

One that I am aware of is that my guide may have said “outpost” instead of settlement. I’ll be honest I don’t remember.

But when I looked it up, on the morning of much swearing, it turns out that Israel considers “outposts ” to be illegal and settlements to be “legal”. In Israeli law, an outpost is an unauthorized or illegal Israeli settlement… [meaning that it was] “constructed without the required authorization from the Israeli government.” It’s only fair to point out that not everyone agrees with that distinction.

And I didn’t even know about that definition when I wrote (in my last article ) that “Without ever saying it in so many words, Steve [our tour guide] taught us why the people living in the settlements feel it is something worth doing, even though it is neither easy nor safe.”

My group spent a day on (what I now realize was) an armored bus across the Green Line. The Green Line was also something which I hadn’t thought much about until our guide started explaining the situation to us. He lives in a settlement that’s near where the teenagers were kidnapped in 2014, and he’s in an IDF Anti-Terrorism Unit, so I’m willing to accept that he knows a bit about living there.

I knew about the Green Line, but it was not something that had much impact on my thinking when I was in the U.S. I think that might be true for many folks who don’t live with the realities in Israel.

After we visited the settlement Neve Daniel, which has about 3800 residents, and the lovely home where my tour group was hosted and served some beautiful vegetarian sushi, my ideas about what is considered a “settlement” completely changed.

While across the Line, we also visited Hebron and Kiryat Arba (a suburb of Hebron), as well as praying at the Cave of Machpelach, where our Matriarchs and Patriarchs are buried.

The stories of our history, and other things that I saw and heard and prayed while there, deeply touched my heart.

Now I admit, in addition to not knowing the distinction between settlements and outposts, I also know very little about Israeli politics in general, except that there are multiple political parties and shifting alliances. (Lately, I kind of feel the same way about U.S. politics and its political parties, but that’s an entirely different article.)

So I just don’t write about politics. Anybody’s politics. Or at least not on purpose. (I even tried to start a hashtag on Facebook #notaboutpolitics . I wasn’t surprised when it didn’t caught on.) It didn’t even occur to me that what I wrote about the settlements could be considered political.

But I finally figured out that it was.

I’m sure that the press around the recent Israeli elections contributed to me thinking about all this more deeply. I surprised myself by realizing that I do have opinions that are, upon reflection, political.

I do have sympathy, and respect, for all the settlers. How could I not respect people who are willing to live in dangerous situations because they believe it is the right thing to do?

I don’t, on the other hand, have any respect for, or understanding of, people who knowingly take their children to places they know are extremely dangerous, (where, as a side point, there are likely to be news crews). Then do things that are extremely dangerous – like, say, rushing a fence
guarded by people with tear gas, and guns with live ammunition. Then act extremely
upset/surprised/outraged when something bad or deadly happens to those children.

If only what is happening in Israel could be explained as simply as the above two points.

But, of course, it isn’t. As I found out when my never-ending, and at the moment extremely annoying curiosity, sent me out onto the interwebs looking for more information about Israeli politics, the settlements and their history.

In some ways I wish I still didn’t know what I didn’t know before I began the search. Thus, the stomping and swearing.

I really don’t, it turns out, understand the incredibly complicated reality of life on the ground in Israel.

But I do know a little bit more about it now. About the settlements and the outposts, and how they impact the possibility of certain proposed peaceful resolutions. About what some of the folks in those settlements think about why they are there and whether or not they intend to leave. About changes in how some liberals, especially outside of Israel, see and support or don’t support, Israel. And about Baruch Goldstein , a Jew, who killed 29 Muslims while they were at prayer, and who is much admired by certain people. Some say with good reason.

And I know more about the reality that some Arabs hate us and kill us. That fathers of twelve children are killed trying to protect others. That 13-year-old boys throw themselves in front of pickaxes to save 5-year-olds, and then crawl home to die in their own front yards. That innocent teenagers are kidnapped and killed. That 8-year-olds are shot while they are out playing.

How could all of that happening to other Jews not touch my heart? Not break it into pieces?

That’s the reason I was so upset. What am I supposed to do with all of that? The positive and the negative? The good and the very much “not-good” on both sides? How am I even supposed to sort out what The Truth is?

It is true that the part of our trip that was across the Green Line was absolutely intended to influence the folks in my tour group. And it did. It can equally be said that it is true that the way things are presented in what I hear and see in the media here at home every day is also meant to influence me, and it does. I don’t fault the organizers of the trip for wanting to present a side of what is going on in Israel that I had no way of knowing about before. And I don’t fault them for presenting the side they believe in.

Still… raging liberal that I may be about most things; relative to Israel, I am, and will continue to be, an unequivocal supporter , even if that means I am standing beside some folks who are uncomfortably further right on the Israeli (and the American) political spectrum than I can even imagine being.

I didn’t know it, but I suspect I was that before I ever set foot out of the U.S.

I have always been glad that I don’t have to figure out how to make peace between Arabs and Jews. I have no idea how that can be done. I would much prefer that everyone live quietly and peacefully together, doing the normal, day to day things that people do that don’t involve killing each other.

But what means the most to me is what I felt when I was in the Land. Because even after I got all that confusion making, additional information, what I felt, and still feel, is simply this: Israel is our land. It has always been our land. It will always be our land.

And I completely understand Jews who are unwilling to give up a single inch.

I am not at all sure what to do about Arabs who may well feel the same way.

Being a Jew, Black and a woman, I would be a complete hypocrite to stand against justice for any oppressed people anywhere. And I don’t, but… I would also be a hypocrite if I denied how I felt when I was in Israel.

And I have to admit I’m not completely certain, at this point, who is oppressed, or exactly what justice is.

I always write from my heart, about what is in my heart. I don’t know how to do anything else, and I’m pretty sure my writing wouldn’t be worth reading if I did it any other way.

Still, my new awareness means that I will continue to learn about the politics and the settlements and that I suspect that there will continue to be (HaShem forgive me) much swearing and stomping around in my apartment.

Image by David Peterson from Pixabay

Disclaimer:
These are just some of the links that I found on the day of stomping and swearing. Some are in
the article, some are not. I’m not saying the information presented in them is correct or that they
are representative of anything except the enormous amount of information out there.
The Mystery of Baruch Goldstein
https://www.tabletmag.com/jewish-news-and-politics/282203/the-mystery-of-baruch-goldstein
On a Clear Day in the West Bank You Can See the Israel You Lost Forever
https://www.haaretz.com/israel-news/israeli-palestinian-conflict-solutions/.premium-on-a-clear-d
ay-in-the-west-bank-you-can-see-the-israel-you-lost-forever-1.7044362?fbclid=IwAR1V4SIcfw2
LBQV2m1cufWYDgllnSHURzN8cv_bi7O-JzZbafdo5XKaU5gI
What it’s Really Like for Palestinians at Israeli Checkpoints
https://www.jta.org/2019/04/01/opinion/what-its-really-like-for-palestinians-at-the-israeli-checkpoints?utm_source=JTA%20Maropost&utm_campaign=JTA&utm_medium=email&mpweb=1161-9913-98192
How the Jewish Left Evolved on Zionism
https://forward.com/culture/421601/how-the-jewish-left-evolved-on-zionism/
Israeli Settlement Maps That Shocked Obama
https://plus61j.net.au/panel-picks/maps-israeli-settlements-shocked-obama/
Why Palestinians are Fleeing Lebanon
https://www.gatestoneinstitute.org/13983/palestinians-fleeing-lebanon?fbclid=IwAR3lyhBgoWnb
tdQTM5H7kG6YKzu8fQ–750534i2tMu076ZnGe7v3TboiDU
Vox Videos about Israeli Settlements
https://www.youtube.com/watch?v=E0uLbeQlwjw
https://www.youtube.com/watch?v=B6L9mS9ti6o
https://www.youtube.com/watch?v=_Tlnk0RL5VM

Of course if you are interested in the elections, you’ll find information everywhere. No links needed.