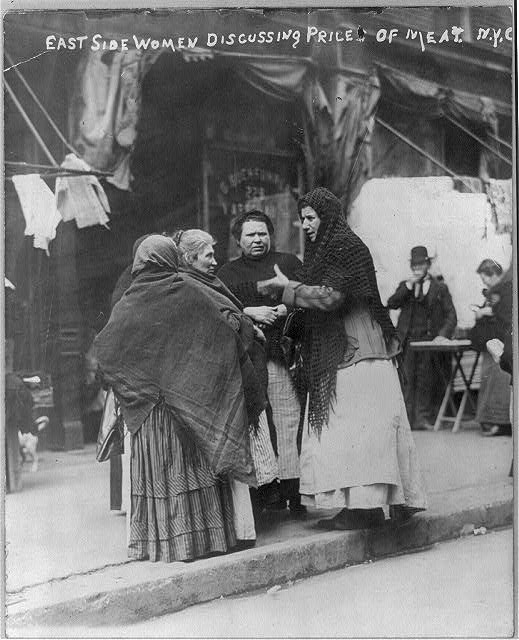 Dedicated to the fierceness of the Lower East Jewish mamas of 1902. If you listen closely when visting the Lower East Side, you can still here the echo of their roar. You can read more of the story here

When the price of meat soared

They convince the neighborhood to riot,

A herd of linebacker Jewish mamas,

Most mothers of at least four,

Light meat on fire and throw it in police faces,

As Lower East Side mothers roar.

The Tribune commends the organization of their fervor,

but Frannie and Annie and Mamie and Sara aren’t done yet,

100 sent to the slammer the next morn,

“Keep down those meat prices,” they warn.

Approaching the bima on Shabbos,

The mothers call each shul to fight

Preaching, “If supply and demand is the American way

Alongside the snarling mothers they see,

And on May 19, surrounded by Yiddishe fists in the air,

The Meat Trust falls on their knees.

And with heads in the air

The mamas return to their stead.