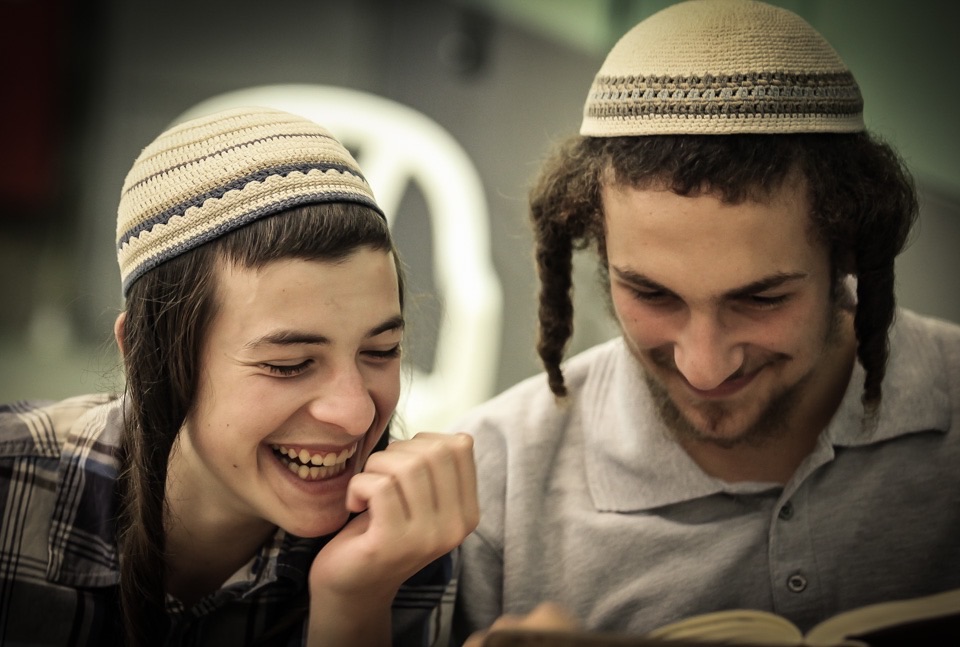 We Are Safe Within

Visiting Israel in my twenties, after apprehensively reading article after article about the bombings exploding within my ancestral Land, I was struck upon arrival by the sense of safety that surrounded me.

Little children pushing their still smaller siblings in strollers up a steep hill, their mothers nowhere in sight. Older boys with impressive side curls. jostling each other as they dashed competitively in and out of streets and shops, laughing in Hebrew jokes to one another. People peacefully walking and arguing, traveling and dreaming.

It wasn’t safe just in comparison with my previous expectations of a precarious war zone. It felt safe compared to the gleaming city of Metropolitan business class Chicago, the cultivated austere world of Illinois suburbia, or really anywhere else I had ever traveled.

The sense of safety, I noticed, permeated everything. It didn’t seem to exist because of things – the policemen or the guns ubiquitously popping up on every young army personnel strolling through the streets. It wasn’t dependent solely on systems or laws or locks.

Something else was unmistakably settled there, following my every move. A presence. An elevated level of consciousness. A different rung on the spiritual ladder.

Bring me to Israel and you’ll convince me of the Schechina .

And yet, all the same, it doesn’t end there.

I believe the sensation of safety is born from the power in the Land but it’s cultivated by the people.

It’s nurtured and released like pollen in the air. Because of the warmth of an Israeli embrace. The laughter of two friends reuniting in a Ben Yehuda cafe after years apart. The mischievous giggles of Israeli kinderlach running amok through the Mea Shearim streets on a Shabbos afternoon, no cars expected ever in sight. The fervent prayers of Shema Yisrael on the lips of determined, young soldiers as they prepare for battle.

There’s love thick like a sandstorm in the Israeli air, because the combination of the Land, the People, and the Soul produces something invaluable and irreplaceable.

It produces the delicate and essential spiritual sensation of safety.

We think about safety like it’s purely physical, but it’s much beyond that. Safety is an incredibly potent spiritual reality.

True life is born and thrives from safety.

A terrorist senses this precious commodity and wants it. He wants to destroy it. He hopes through that he will acquire it.

He plans to attack randomly- girl, boy, mother, father. With a knife, he lashes out, aiming to disrupt the sense of safety in his victims’ world. So they will be down on their knees in defeat and admit subservience.

He loses his life to reach this ideal, plunging his sharpened knife through soft mortal flesh, puncturing veins and organs, arteries and bone. Blood spurts and people shriek, cry, and crumble. They hesitate to allow their children to roam the Land of Milk and Honey like free boys and girls.

He thinks he is on his way to victory.

But terrorists have ignored a crucial element.

You cannot quell our sense of safety by attacking our bodies.

You cannot extinguish our beliefs by sinking silver metal into flesh.

You cannot erase the inherent, irreplaceable bond that exists between Jew and Jew, Jew and Land, Jew and Soul by willing it so.

The permeating sense of safety I found in unbelievable quantities was born from an unmistakable trust and affection, warmth and desire for closeness that reverberated in the depths of the Jewish soul for one another.

We are mystified by it ourselves, because we drive each other mad, but we still know, illogically, it’s there. And in the depths of crisis and trials, it reveals itself, pounding from within, it’s voice no longer muffled, and we see and know it clearly.

A terrorist can try to corrupt our spiritual sensation of safety, but he will always find, inevitably, that he will fail.

Because no knife can plunge to the depths of our being. No bomb can abolish the subatomic level of our connection.

Regardless of terror without, we are, and will always be, connected and safe within.

We will continue to pollinate our Land.