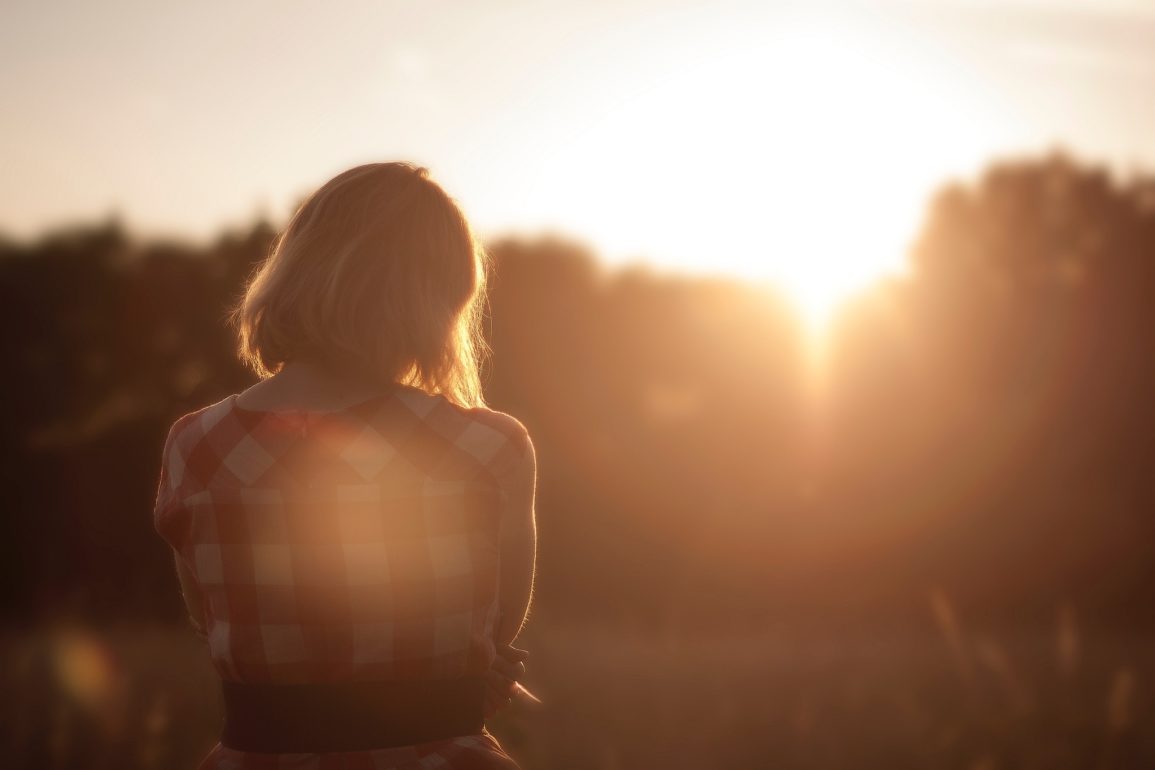 My Complicated Reaction To Poway

I’ve been trying to stay out of divisions. It’s not my temperament; I don’t thrive in the midst of disconnection.  My heart strives for unity, and feels full when it achieves it, and embittered and stranded when in the midst of conflict and anger.

So I’ve been staying off of social media, more or less, deleting my apps, not checking the news, and trying to bury my soul into history books, to discover fuller who I am, the different opinions and stories Jews have stood for throughout the years, and the unique fabric of my own beliefs.

But when terror hits, it explodes all of those boundaries. I have to look up from my books. I cannot relax in my own oasis of self discovery. I feel compelled to engage, to learn, to know, to mourn. The news outlets reopen, social media is checked, and I’m back in the swing and chaos of the fight.

I read the details of the horrible murder, of the brave men and women, particularly Lori Kaye and Rabbi Yisroel Goldstein, who stood in the line of fire and, with hearts swelling with love for the fellow Jews, said, If not now, when? If not me, who? Am Yisroel Chai!

I cheer for their courage and I cry for the loss of life and the reminder of the danger we are in. I feel connected to my fellow Jews in this grieving, and yet, deep down, still divided. I feel utterly dismayed by the residual disconnection and anger I still feel. I do not want to feel that way. But despite the call and need for unity, something tugs at my heart strings, calling to me, reminding me of anger and opinions and a need to be somewhere else.

I escape to the library to delve into and understand my feelings. I know intuitively that it is there I will find it, more than other places, and when I sit down in my own little cubicle to journal, surrounded by different ethnicities, races, and religions in the heart of Brooklyn, all quietly studying, I start to understand.

It is around people who are also targets of white nationalism, who cannot deny the losses  and the fear that they incur from an its ideological movement and from a President who they feel threatened by, that I feel safer and aligned, than around Orthodox and Ultra-Orthodox Jews who do not call out injustice, who do not see it, because they feel politically supported and safe as a tribe.

Of course, I don’t always feel that way. Many times I do feel the sense of connection to other Jews, the security in knowing they will look after me because of our shared Jewishness. Many times, unfortunately, I feel great distance and also a lack of support from other nonJewish human beings for assorted reasons and occasions.

These strange, complicated feelings reminds me of when a friend sent me a video of one of these “Geula Gatherings” spreading across the country, thinking I would  love it, and I responded with such irritation I was shocked at myself. What was wrong with me? Jewish women, getting together, to dance and try to effect change and express themselves through positive connection and movement. Shouldn’t I love that? It took me a while to calm down and sift through my own feelings.

I realized that it felt to me like people were blindly dancing, oblivious to the real change they could make by opening their eyes and using their mouths, to change injustices on the ground level, to bring redemption through our bodies and not just through our joy, to be involved with the political process. It’s so important to be joyful and dance- of course!- but not at the expense of actually standing up and protecting our fellow human beings. To me it seemed like the easy way out, a way to feel holy but actually avoidant. Again, I applaud the execution of the Gatherings, and the good experiences it created, but a residual feeling of not enough echoes within me.

Responding to Poway shooting brings up similar feelings and pent up frustrations for me.

Right before the last days of Pesach, I posted an incredible story on Facebook, a story eerily reminiscent, but flipped, about what would occur two days later.

It is barely known in the history we tell each other, but Hitler was waiting to launch Kristallnacht. He had the plans in place, yet was waiting for a reason.

His reason came on November 7, 1938, when a German Jew, Hershel Grynzpan, walked into the German Embassy and asked to speak with a diplomat to show him a document. When the man stood before him, Hershel drew his gun and said, “You’re a filthy Kraut, and in the name of 12,000 persecuted Jews, here is your document.” Hershel fired and two days later, the German diplomat died from his wounds. Upon hearing the news of the death, Hitler saw his reason, and called for Kristallnacht to commence.

The backstory: Germany had recently expelled on October 28, 1938 12,000 German Jews of Polish descent back to a no-mans land between the two countries, and they were reported “living without shelter in disease-ridden conditions, “

Hershel, seeing the inactivity of the world, the lack of response, took matters into his own hands. He wanted what was happening to hit the world papers, so he took an action he bet would do that.

And it did. After the story appear on the NY Times, American Journalist, Dorothy Thompson, who was already barred from Germany because of the book she brought against Hitler, got on her weekly radio show to call attention to his plight. What she said and what happened is breathtaking.

As Rich Richman reports in his stunning article,

“On November 17, 1938—a week after Kristallnacht—Thompson devoted her regular radio broadcast to a presentation of his case. She told her five-million listeners that she felt she knew Herschel personally, because “in the past five years I have met so many whose story is the same—the same except for this unique desperate act”:

[He] was one of the hundreds of thousands of refugees whom the terror east of the Rhine has turned loose in the world. . . . [He] read how men, women, and children, driven out of the Sudetenland . . . had been forced to cross the border into Czechoslovakia on their hands and knees. . . . He read that Jewish children have been stood on platforms in front of classes of German children and had their features pointed to and described by the teacher as marks of a criminal race. He read that men and women of his race, among them scholars and a general decorated for his bravery, had been forced to wash the streets, while the mob laughed. . . . He thought: “Why doesn’t someone do something!”

After five years, she continued, during which “the world has endured . . . unheard-of things” committed by Nazi Germany, it was not only Grynszpan who was on trial:

I say we are all on trial. I say the Christian world is on trial. I say the [British, French, and Italian] men of Munich are on trial, who signed a pact [with Hitler]. . . . Whether Herschel Grynszpan lives or not won’t matter much to Herschel. He was prepared to die when he fired those shots. His young life was already ruined. . . . Therefore, we who are not Jews must speak . . . in so many voices that they will be heard. This boy has become a symbol, and the responsibility for his deed must be shared by those who caused it.

Although Thompson solicited no funds in the broadcast, contributions poured into her office along with thousands of supportive telegrams from a total of 46 states. Inspired by this response, she formed the Journalists’ Defense Fund to raise more money for Grynszpan’s defense, emphasizing that she sought contributions only from non-Jews “so that the Nazis can’t say this is another Jewish plot.” The funds were used to retain for Herschel the best possible French lawyers, including Vincent de Moro-Giafferi—the most distinguished criminal attorney in the country—and a team of seven additional lawyers.( One Who Fought Back, Mosaic Magazine).”

Two days after my heart was taken away by this story, a different man walks into a building, in a country across the ocean and a different generation from Hershel’s Germany, draws his gun, eschewing his beliefs that “his people (his white people) are in danger”, trying to get the world to take notice. He shoots, one person dies, and the world takes notice. The difference being, of course, that this man is on the wrong side of the truth.

As we sit in mourning and fear, as we try to process what just happened as it sinks deeply into us, changing the dynamics of our lives in America, I pray that we learn from the words and actions of Dorothy Thompson, and we see beyond the Jew-hatred, and into the belly of the beast, and the poisonous philosophy this is spreading throughout America of white nationalism and putting so many others in harms way as well. I pray that we call it out collectively and call out anyone, including the President or right/left wing politicians, if it is used or ignored.

“As he learned of his family’s sudden expulsion from Germany, Herschel himself stood on the brink of expulsion: his request for residency status in France had been rejected, and the police were after him. Hidden by his relatives, he was spending his nights in the attic of an abandoned apartment. He had no place to go: neither Germany nor Poland would have permitted him to enter.”

If we’re going down with the ship either way, as Hershel calculated all those years ago, what better way to show our belief in Hashem than in calling out injustice wherever it comes from, from the right or left?

I do not, of course, sugest that we take violent action as Hershel did, not do I believe that his specific action was the right thing to do, though good things came from it in the end. I do pray that we use similar words and philosophy as Thompson to say: “ The world is on trial. We are all on trail. We who are Jews must speak.” Not just dance, and not just unite, and not just love internally.

But speak out and get ours hands dirty in ending injustice that effects all of humanity in this spread of white nationalism and hate that is infecting our country.