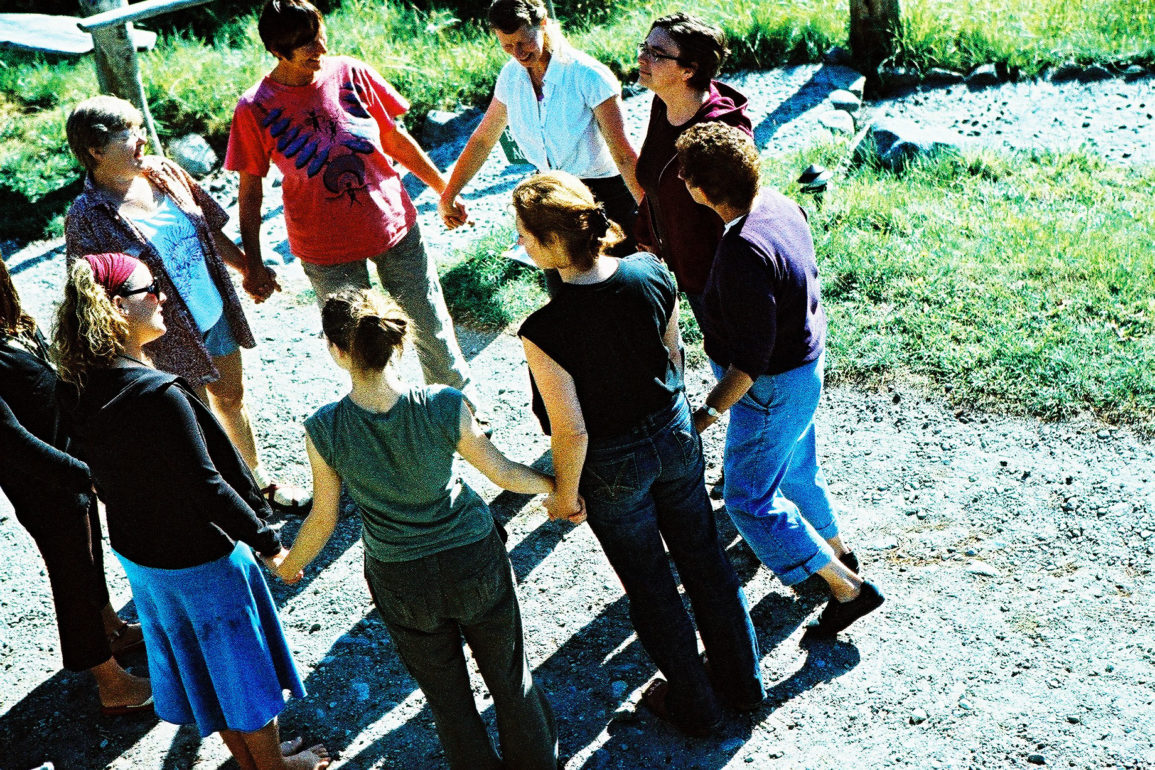 A Thank You Note To My Fellow Jews

The cantor’s wailing was a teapot ready to be tipped over and poured out, begging vocally for attention in urgent desperation. His sobbing oyyy’s and ayy-ayy-ayyyyy’s were the kind of trudging complaints a stereotypical Jewish mother makes when carrying a heavy load of groceries, passive aggressively indicating her pain without acknowledging it verbally. He sobbed in a melody that might have been more on-key many years ago, when its sounds came from a less wrinkled body; these are the kind of cries that pain parents to ignore, despite Dr. Spock’s sleep training advice. The frail bellows flickered upward from somewhere deep in his unsettled stomach, which barely rumbled, the fast day’s austerity seeming anticlimactic in comparison to the hunger the cantor had known in his days. He wept and wept and lurched to halting screeches, like the hiccupping tail-end of a cathartic cry to which there is no relief. It was unbearable.

There was only so far my wishful thinking, my goals to be more patient, more open-minded, more spiritually conscious, could take me. Far from arousing my sensitivities and shaking my soul from its thick, dusty buildup of apathy, the cantor’s outbursts irked me like an endless loop of Rachmaninoff, dubstep-remixed by Nickelback (no offense to anyone’s sensibilities; I’m a firm believer in “don’t yuck my yum.”). I was hangry as all get-out and my heart felt irreversibly hard, like a potato boiling on a broken stovetop. Gah, food. I would probably have eaten that raw potato in that condition.

In a prayer class in seminary, a rabbi once posed the following rhetorical question: “If you arrive late to shul (synagogue), what’s your instinct- do you pick up at the point of services the congregation is saying, or do you try to catch up silently on your own?” The exercise was open-ended, and intended to lead to a discussion about the benefits and deficits of individual prayer versus its collective counterpart. I was, and still am, torn. I can conjure up moments and contexts where I have experienced both of these respective instincts. Sometimes, the solitude of davening (praying) in my backyard by my favorite bench refreshes me with a sense of heart-to-heart time with G-d, un-self-conscious and uninterrupted by the constraints of a synagogue or leaders. I also have a particular affinity for making myself the weirdo standing up and bowing at airport gates (which, one time, led to an observer standing opposite me to get up and sway, following my choreography, while reading her novel. They don’t call me a trendsetter for nothing). Sometimes I crave the feeling that I’m the only one praying, whether for the alone time or the visibility. Other times, I want to sing and harmonize unabashedly, all the while feeling protected by the layers of voices lending a more flattering finish to my less-than-Broadway tone. Often, my absorption in the collective hum of prayer even enhances my silent, individual outcry. Collective prayer is not a monolith; it can be a gathering of many solitary, anonymous voices and intentions, and it can be a unit unto itself, greater than the sum of its parts. I don’t think any one form has more merit than another. Every prayerful moment is a new animal. But lately, I have been so grateful for my membership in the club of United Prayer (completely unofficial, my apologies if this is, unbeknownst to me, the name of an actual place of worship), otherwise known as Knesset Yisrael (the Congregation of Israel).

I want to thank you. Yes, you. You, the cantors who wail, and the parents who scramble into Rosh Hashanah services, delayed by the daily needs of small children, just in time for Shofar sounding, and you, the one counting the pages until Adon Olam at the end of services, dividing the number in half if your prayerbook has English translations. Thank you, yes you, and the row of old people who have sat behind you ever since you can remember, who have always been old in your lifetime, who gave you candy and stained your cheeks with purple lipstick. Thank you to my fellow Jews who aren’t into the synagogue scene, who dipped an apple in honey for good measure, or even just landed the emoji equivalents in your Recently Used Emoji section this week. To everyone who has had to email a professor about your holiday absences, thank you. Thank you all for having my back, even if you had no idea.

That wailing cantor is one of the remaining Holocaust survivors, his strength of spirit not reflected in his physical stature. When he riffs in bawling moans, chanting “Who will live and who will die?”, his mind flashes to moments when this question was voiced in whispers of utter vulnerability, begging for mercy from those made of flesh and blood. To the cantor, this is not just some traditional song, a momentary discomfort, a ceremonial farce. In This is Real and You Are Completely Unprepared, Alan Lew suggests that ritual is a means of making tangible the unseen truths that underpin our world. The cantor understands this. He knows this is real.

I am ashamed of my youthful cynicism, scoffing at what I dismissed as a “show,” or a chance for the cantor to merely hear his own voice. It was not always beautiful. It was not a symphony, nor was it meant to be. Perhaps it was so painful to my ears, so ugly to my sensibilities, because its rawness gave voice to the parts of me, of us, that are so much more convenient to ignore. Except, this is real. It always is; but on Yom Kippur, the coping mechanisms and creature comforts on which we lean are out of reach.

And so, I thank you, Jews, every single one of you. The ones I have resisted (or, to my dismay, not) with my whole Democrat heart debating at Shabbat tables. The ones who smell so bad. The ones who I never notice. When I pray, you’re in it with me, joining me in that most vulnerable mission. Whether you’re in synagogue with me, or at another one miles away, or in a different time zone, or still asleep, I have to believe we are connected. And while most people have not come face-to-face with the earth-shattering sights the cantor has encountered, your experiences are in prayer alongside me, filling every last space in our shared metaphysical synagogue until it’s at capacity. How could the Almighty reject my cries when I stand in union with the resilient power of our Knesset Yisrael?!

My trials and triumphs, my good, bad, and ugly, are in G-d’s sight. I’d like to think that, all in all, G-d will deem me worthy as G-d’s child. But if I have any doubts, I melt into the solace of knowing I am your indebted sister and daughter. Knesset Yisrael, what strength you contain. And what a privilege to receive your waves of holiness by symbiosis.

Thanks a million. May your wishes all be fulfilled for the best.