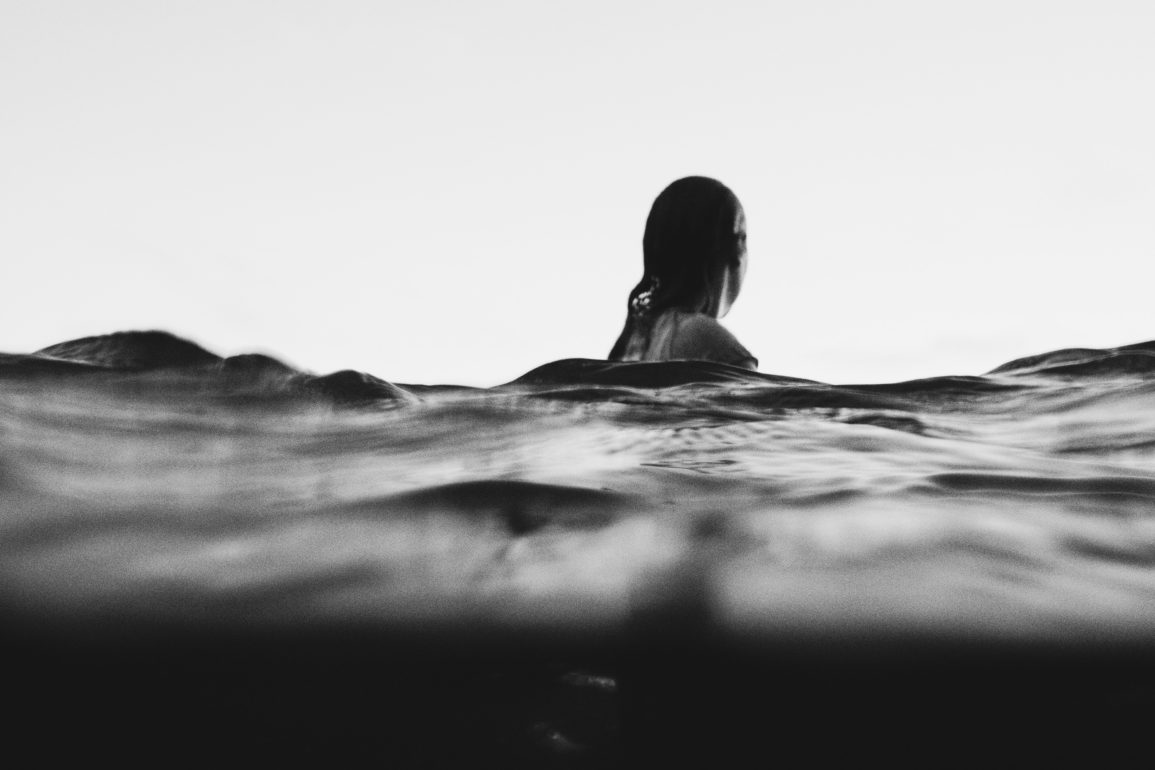 Taking Linda to the Mikvah

Despite living a Torah-observant lifestyle in a Chassidic enclave, I’m not one to chase after spiritual highs. I take joy in small coincidences, believing in the Divine Hand that designs them, but stories of heavy duty serendipity or miracles just don’t do it for me. Some people seem to lead lives full of that exposed Providence, but mine generally hasn’t worked that way. This story is one exception.

When my first child was about three months old, I was spending most of my time in my bedroom with him. I didn’t have anything else going on aside from new motherhood, and it was hard on me. I was usually found scrolling on my phone, numbing myself out from post-partum depression. I had my websites I kept up with. Hevria was in its infancy too, and I read every piece published. I followed Chaya Kurtz to a couple pieces she got published on XoJane, a mainstream women’s interest online magazine. Now defunct, XoJane had made a main feature out of publishing first-person narratives by women across diverse backgrounds. With all the time in the world on my hands, and feeling majorly blocked from living my own life, I devoured these narratives. There was at least one new one per day and I was constantly checking in for the next one.

That’s how I found Linda. Her piece was about her interest in getting baptized, despite being Jewish. It was because she had been recently diagnosed with a recurrence of breast cancer, and a Christian friend had suggested the ritual immersion might provide some respite and emotional healing from the devastating news. Though her Jewish identity was strong, Linda explained why the suggestion was not offensive to her, and why she was considering it.

Linda’s reasoning was familiar to me. My mother also battled breast cancer, which had also been recurrent, and she unfortunately passed away when I was eleven years old. One of our bookshelves at home still holds a number of books about the emotional processes of the patients of serious illnesses, as well as a small variety of faith-based books on the body-soul connection of those who are critically ill. I had grown up in intimate proximity to the same thoughts Linda was sharing about the challenge that serious illness poses to religious belief, and remembered my mother also feeling compelled to consider other faith traditions in the search for healing.

Linda’s e-mail address was a click away from the bio at the end of her piece. I sent her an e-mail. I wanted to tell her that there is a tradition for ritual immersion within Judaism, and I would be happy to connect her to a mikvah so that she need not grapple with the apprehension she felt towards the Christian context of a baptism.

I was hyper-conscious of how weird I might come across by sending an e-mail at all. I was afraid to sound like an Orthodox Jewish religious zealot. I tried my best to seem non-threatening, sending along a picture of me and my baby and delving right in as to why I would feel so compelled to connect with her. In telling Linda about my mother, I almost refrained from including a detail that seemed like too major a coincidence to be real: the day her piece was published, and that I was writing to her, was the anniversary of my mother’s passing.

Linda responded warmly, to my relief. We had both watched the comments section on her piece fill with comments of derision and condescension at her embrace of spirituality, and she was glad to have someone reach out who expressed acceptance or understanding. She was actively interested in going to the mikvah and wanted to know more, having a passing familiarity with the tradition from her Reform background. We emailed back and forth for months, through her round of treatment. To my amazement, she was also continuing her travel for work, and was busy with a renovation of her kitchen.

We met in person for the first time at the mikvah. Linda was newly in remission, and the occasion was joyful. Linda invited me to be there with her as she prepared and immersed. We chatted as we waited for her turn, and the connections between us continued to be almost outrageous: her son was my age and also worked in music; she was first diagnosed with cancer the same year as my mother was, almost twenty years before. These connections combined with the environment of the mikvah, one of intimacy and vulnerability. An immersion in a mikvah is done without any clothing, so that there is no barrier between the skin and the water. Though Linda was the one immersing, I also felt exposed. I hadn’t yet been able to talk about my mom much without breaking down in tears, but I somehow managed to keep it together.

I marveled at Linda’s health and vigor, and it occurred to me what a gift it was for me to witness it. My mother had such a terribly different outcome with cancer, thirteen years earlier. Her body was so devastated by the cancer and treatments. I thought I’d be much more resentful to see Linda doing well. But this alternative, of health and life, was addressing my fears of being stricken like my mother had been. I had just recently done the testing for the BRCA gene, which made me realize how intense my feelings were that cancer was somehow my destiny because of my mother. I was newly pregnant when the gene test came back. Though the results were blessedly negative, my new infant renewed my mom-baggage yet again about not being able to be around for my child. Realizing that Linda had been there for her kids this whole time, even with cancer, soothed that jagged edge that grated me.

Linda’s turn came. The attendant indicated a chair for me to sit on in the corner. The immersion was quick, but the attendant then said that there was time before the next appointment would be ready, and it was an auspicious time to pray. Linda remained in the water, braced against the edge of the pool. She closed her eyes, breathed in deeply, straightened her shoulders. There was a feeling in the room that was like being at a higher altitude. It was like the veil between the worlds was thinner, the structures that keep the spiritual concealed were softened. My mom would have appreciated it.

Linda and I continued to be in touch over email, marveling over our unusual and deep connection. Dropping a line here and there, we would update each other mostly from afar, as she continued to travel and stay busy and I started working again. I only got to see her again once more, grabbing lunch on the Upper West Side while my now-toddler son spilled Cheerios all over the floor of the diner. She was hoping to go to the mikvah again, but had yet another recurrence of cancer. It had been twenty years since her first diagnosis, since the beginning of what she called her “dance with cancer.” She was optimistic, and I was afraid to pry in the coming months, out of a misplaced sense of etiquette that was really a justification to keep my distance in case she was in decline.

Linda passed away in 2016. May her soul ascend ever higher, and her memory be as much a blessing to others as it has been to me.