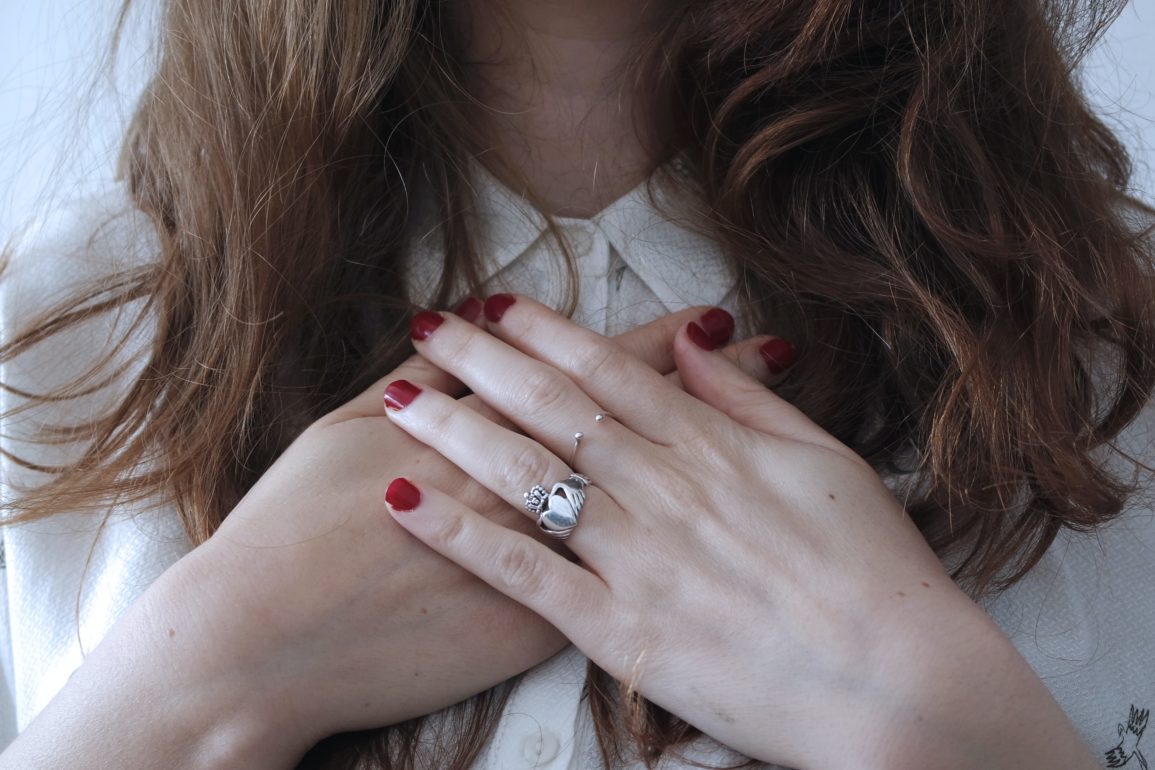 The rebbetzin stood still and expectant, her back against a bookshelf in a small room in the beit midrash. She was poised, beautiful, and waiting.

I had arrived early that night for her shiur, blown in by a rush of air that weaved its way past parked cars and quiet houses, and sat alone at the table, waiting for other women to arrive.

A bochur walked into the room, eyes fixed on our rebbetzin, his posture awkward and unsettled, and asked a question.

It was his voice that drew my attention. He stammered, self-consciousness, despite the ordinariness of their conversation.

I looked from him to her.

And then I noticed the button.

My rebbetzin’s blouse, buttoned from her belly to her collarbone – so modest in its intention – had popped apart above the valley between her breasts.

A yawning gap of fabric opened. Through the unfastened clothing I saw an expanse of smooth skin, the alluring swell of cream-colored breasts.

The bochur stumbled through his questions; an encouraging smile spread across her lips. No doubt she was accustomed to awkward episodes with yeshiva students whose chaste biologies were barely contained within their skins.

What she did not know was that he was drawn by more than forbidden chemistry; that a partial glimpse of expanding secret skin was holding him in a primal grip.

But I didn’t. Rather, I watched these moments with guilty pleasure.

My conscience called for action, but Shosha Pearl wanted to see the story that would unfold.

I studied them navigating this moment until his eyes, returning again and again to that private landscape, signaled to her that something was awry.

When her hands found the aberrant button, she blushed at her exposure.

Instead, I turned my eyes away as if none of this had happened.

I can only hope that she – my rebbetzin, my teacher – never reads these words.

Or she will know.

I saw the open button but did not tell her.

Instead I told you.