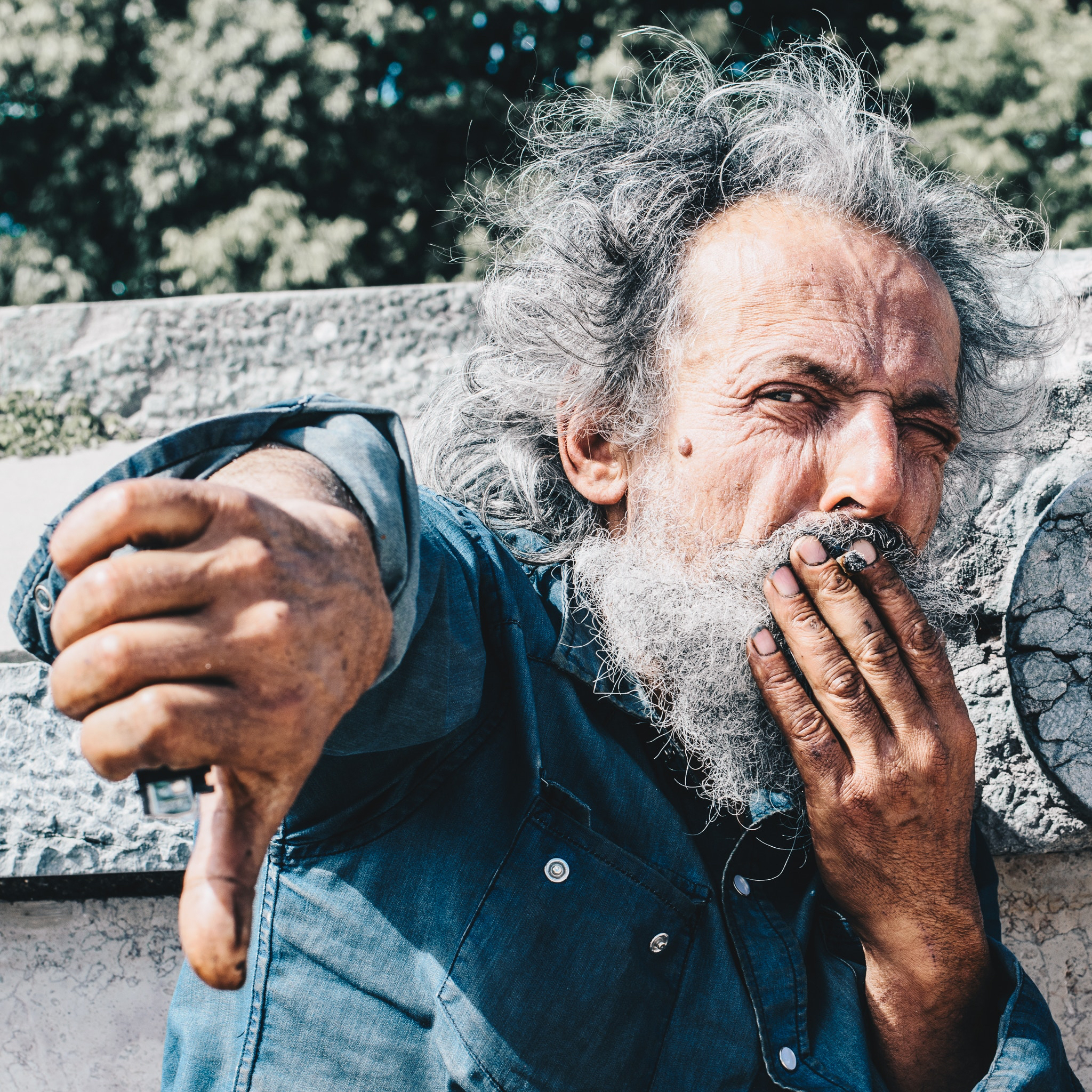 A Deeply Felt Experience Of The Details

Even now it seems, I measure time from the major tectonic shift in my life, my dad’s death at 54 years old, just one day after my girlfriend, Janet threw a fantastic surprise 24th birthday party for me. There had been a travel advisory for the entire Hennepin County metro area the night of the party —which of course, I had no idea was coming. All the roads were impassable, or so I thought and I figured it was senseless to even try to drive the mile and a half to Janet’s apartment. Instead, I put on a pair of cross-country skis and skiløped my way over to her, my heart racing in anticipation of birthday-sex. The sight of my band mates, twenty of my friends, and my ketamine-addled former manager, jumping up from behind the couch and from under the small dining room table and shouting “surprise,” was enough to make me feel as if I’d fallen into some bizarre dream, a dream, which ended with us burying my father two days later. No more than a year and a half after the surprise party and the funeral, my life had taken me on what I can only describe as a stupendous ride; my band Sussman Lawrence and I making our way out to New Jersey, getting a multi-album recording contract with Island Records, becoming an Observant Jew, and soon, meeting my future wife.

My second recording for Island after the release of This Father’s Day, which was essentially a dedication to my father, was called, Gematria. The record title itself was a window into where my mind was at the time. Gematria, a word of Greek derivation, refers to the system and practice of assigning each Hebrew letter a numerical value, alongside its typical function as a consonant or vowel. To better illustrate this, consider that in addition to acting like the English letter A, the first letter of the Hebrew alphabet, Aleph, also stands for the number one. Accordingly, the letter Bet is two, the letter Gimmel is three and so on. By finding seemingly unrelated words that share the same numeric value a learned practitioner of the art of Gematriot is said to be capable of finding answers to ancient mysteries. Having been thrown into a kind of existential panic after my father’s death I too, was desperate to find answers, to look for anything that might serve as an ordering device for the chaos I felt lost in. The songs on that record speak to that chaos, with titles like: Does It Matter, The Trees Are Testifying, and Waning Moon.

Silent moon looking at the meadowlands

I’ve been silent too

Looking at all the faces drained of heart and innocence

Does it hurt for me the way that it does for you?

I can’t touch you yet I feel you breathe

With a longing that is hard to conceive

I can’t hear you yet I sing your tune

To say I found the answers I was searching for in Judaism would be mostly untrue. Looking back, it wasn’t answers I was after at any rate. I wasn’t interested in uncovering some logic to serve as a consolation for my pain. Nor was I looking for something or someone to tell me that everything would be ok. It wasn’t and I knew it. Nothing was. My world had been cracked open and I was suddenly thrust out of boyhood, and into manhood.

An odd metaphor kept coming up in my mind around that time, it had to do with volleyball. I visualized myself in the midst of a game, waiting to rotate my position. Just as I would soon be the one serving the ball, I could see myself becoming —or at least working to become—the same dutiful and strong father to some unknown family that my father was to me. As with any change however, there would be many struggles of self-discovery yet to come.

I was in Memphis to mix Gematria with my friend and soon to become manager, Wess. Wess’s folks were Bible people, hard core Christians. As a kid they’d throw him and his three siblings in a station wagon and drive through the south attending revival tent meetings and old-timey Baptist Churches, places where snake handlers and parishioners speaking in tongues were not uncommon. “Welcome brother,” the congregants would often say to an eleven or twelve year-old Wess, to which the preternaturally worldwise boy would answer, “I ain’t your fu*&ing brother.”

We had just purchased our tickets and were standing outside the gates of Graceland when I turned to him and said, “Isn’t this whole Elvis thing ridiculous? Aren’t these stupid-ass crackers making a god out of this guy?” Wess, who was by nature reserved, became uncharacteristically animated. “You’ve got it all wrong” he said. “They’re not stupid, they’re just huge Elvis fans.” “Yeah whatever,” I said, as we made our way toward the house where the tour group was already assembled.

The first exhibit on the tour was Elvis’s private 707, the Lisa Marie. I found it hilarious when our pretty, young tour guide told us that the seat belts on the aircraft beds were an FAA regulation and not Elvis’ idea. “Yeah right,” I said as I looked over at Wess. “Elvis had no interest at all in strappin’ down the ladies!” Wess seemed concerned. “The Lisa Marie is a kinda sacred place to these people,” he shot back. I told him to relax. “They’re just a bunch of ignorant assholes.”

Back from the Lisa Marie and outside the mansion itself, I suddenly came up with a great idea for some additional levity. As the group of twenty or so people were gathered I made my way to the front, cupped my hands over my face and pretended to cry. With a great deal of concern, the tour guide came close and asked, “Sir, is everthin’ awright?” “Guess I’m just thinkin’ bout the King,” I said through faux-tears. “I… I just need to take a moment is all Ma’am.” I snickered. Wess didn’t. After a brief few words about the need to pay proper respect to Elvis’s aunt who still lived on the property, all of us entered the front door and found ourselves inside a bright green room with roughly cut stone walls and its own little waterfall, which Elvis deemed, The Jungle Room.

“I will never forget Elvis’s immortal words… “I read the news today oh boy. About a lucky man who made the grade…” Mid-verse, someone or something with super-human strength grabbed hold of my arm and jerked me away from the tour group and into a faintly lit adjoining room. Before I actually saw him I could smell the bourbon on his breath and feel his spittle on my face. As he put his hands around my throat and squeezed off my air he whispered, barely audibly just inches from my face. “I don’t know who the hell you are and I don’t give a good god damn, but I’m gonna take you outside and fu&k you up sooo bad!”

He was a big man, 6’3″, maybe 6’4″ —all muscle and bone. His grip tightened, cutting off blood and oxygen as he dragged me outside into the parking lot. The harsh southern light burned my eyes as I watched a single blue vein on his forehead bulge with each beat of his pulse. Only seconds before he ripped the larynx straight out of my neck, I had what I can only describe as a miraculous life-saving revelation. Rising up from out of the mist of my subconscious like the headlight on some midnight fright train, came this epiphany. You could say it was a prayer.

‘Oh my God. I’ve done something stupid and very hurtful here today. I’ve turned Elvis, a man of flesh and blood, into something other than a human being. I have disrespected his memory in the very place he lived and died. These people who have come here to pay their respects to Elvis, a man more talented, more successful, and more generous than I could ever dream of being, are not ignorant, they are far wiser than I am. I have made an idol out of Elvis. I’m the ignorant asshole here; I’m the total fucking loser…’

With real remorse and the greatest earnestness, I looked up at the big man and said, “As long as I live, I will never again make fun of Elvis Presley.” He stared at me for a moment, spit once on the blacktop, and let go of my neck. “You fu%kin’ better not,” he said.

Back inside the mansion I saw him watching me as I walked back to join the group. As I moved back through the Jungle Room and past the many pictures of Elvis and Nixon he studied me. He looked on as I pondered each weapon in Elvis’s vast handgun collection. I was serious, curious, and monastic in my newly found silence. Wess saw me then and said nothing.

Elvis’s grave rests in the garden next to his father’s, behind the great mansion. It was there that I kneeled, chastened. It was there that I thought about the immense joy Elvis brought the world with his music, and about his tragic end at the age of 42 on a cold bathroom floor in the very house that had blocked the sunlight and was casting its shadows.

As I looked back over my shoulder, I saw standing tall and looking down at me, the man who just minutes before might actually have killed me. I nodded at him ever so slightly. He stood motionless, staring. Eventually, he nodded back. Then he kicked at some dirt with the heel of his boot and walked away.

One idea from that difficult time still rings so clear: When we think of lofty ideas, like life’s purpose or God we often make the mistake of forgetting that the so-called big ideas are no more than an accumulation, and a deeply felt experience, of the small details.