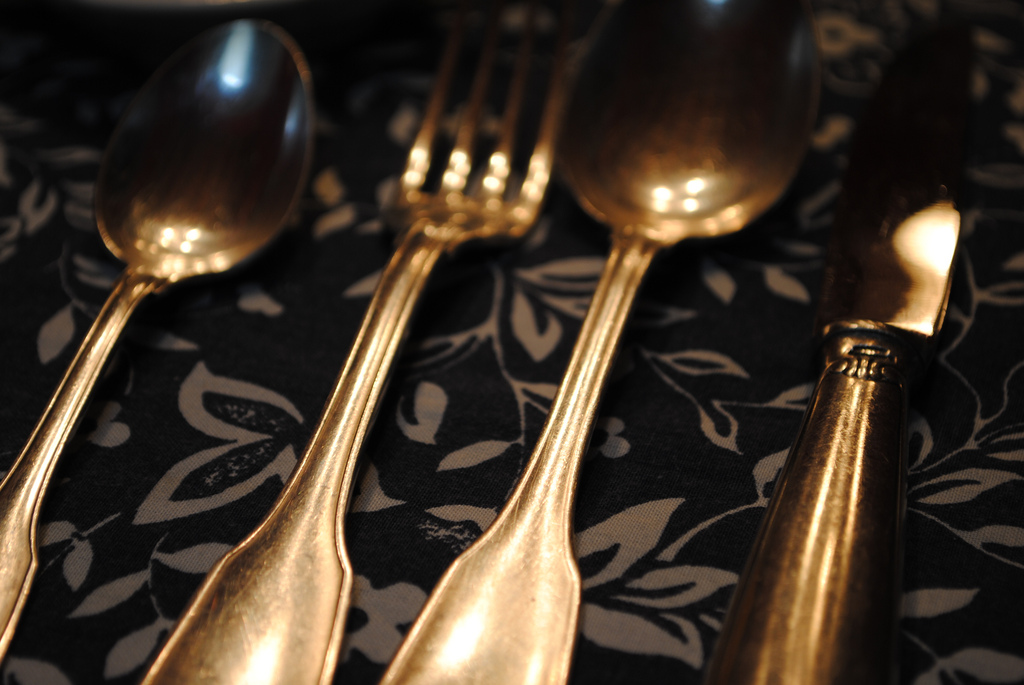 The Piece Of Me That’s Missing

The package was waiting for me when I got home.

It wasn’t my birthday or our anniversary, nor had we ordered anything from a catalog. I was intrigued. Excited even. This was before the ubiquity of Amazon deliveries had numbed us. A box on a doorstep still possessed the allure of possibility.

Then I saw the handwriting, the taut ink letters pressed deep into the shipping label. And all at once, the package lost its luster.

It stared at me like a visitor who surprises you at the window, catching your eye before you can duck and pretend you’re out. Someone you haven’t seen in a long time who has traveled a great distance. You don’t want him to stay and you’ve got no clean linen to make up the guest room. Yet there he is anyway, waiting for you to let him in, refusing to take no for an answer.

I turned the keys in the locks and shoved the heavy box into our apartment with my foot. Then I weighed my options, wondering where I might disappear to – someplace where my past couldn’t follow fast on my heels. But my world was what it was.  This was something I could not change.

I took a deep breath and tore at the tape, lifting the flaps to reveal a complete silverware service for 12, each place setting nestled in its own little box.

A gift from my father.

The note said he recently purchased the set for himself, not long before learning he had to relocate. He decided to ship the silverware to us rather than take it with him, figuring he’d just buy replacements when he arrived at his new home. A belated wedding gift, he wrote.

I opened one of the small boxes. The pattern wasn’t to my taste. Then again, it hadn’t been chosen for me. It was too abrupt and angular. Too masculine and heavy. Cradling a soup spoon, I broke apart. I wanted my insides to fill with gratitude, but instead they echoed with the emptiness of loss. It had been years and years since I’d seen my father. It had been years, too, since I’d last spoken with him, when I decided to pause the long silence between us to let him know I was engaged, that the wedding was in August, and that I’d like him to attend.

My mother, reminding me of my wounds, pleaded with me not to. I could not explain, however, not to her nor to myself, why I felt compelled to reach out to him then or believed I had no other choice. A friend often reminds me that we all have a missing piece, like the circle in the Shel Silverstein book.  Perhaps this was an impulse to grab in the dark for mine, to try to make myself whole at an important moment in my life – no matter how the piece was lost in the first place or what the repair might ultimately cost me.

Sometimes, though, the search is futile, and the piece, despite our best efforts, remains elusive. My father did not attend our wedding. Instead, he closed another door separating us from one another, this time with a slam the klezmorim could not drown out.

Because I needed to carry on, to be able to trust and love, I patched myself together. I camouflaged where I was empty until the sudden arrival of that silverware pulled back the curtain I had carefully draped around myself. We were moving soon. I kept my father’s gift in its packing box, deep beneath the layers of bubble wrap that silenced the pain clattering like so many knives inside me.

Fast forward to the house we live in now. Pesach was approaching and I realized I didn’t have enough place settings for our guests. I dusted off the package that once startled me on my doorstep, which we’d transferred to the storage bowels of our next apartment building, and finally, to the density of our current home’s garage. Though still hesitant, I convinced myself that time had chased the demons from the box, that I had nothing to fear in unpacking it.

As always, I put out the delicate dishes that once graced the seder tables of my relatives. My father’s silverware lay stark against the softness of the rest of it, silent and heavy without the memories that made the other pieces nearly float, weightless, above the tablecloth.

I often wondered why I hadn’t returned the set to the nearest store that carried the pattern when the package initially arrived and what kept me pulling it out of the cabinet every Pesach after we first gave it air. Part of it was practicality. We needed the place settings, though, of course, the decision ran deeper. From the beginning, I knew that letting go of it would resound with a finality my ears were not ready to hear.

After decades of use, our regular fleishig silverware began to show signs of wear and tear. The tines on the forks had bent in different directions, the knives had dulled, and a few pieces were gone, likely cleared into the trash by mistake. We once again made a practical choice, putting my father’s set into annual circulation after Pesach this year. I still didn’t like the pattern, but it beat the expense of buying new.

I played the charade, pretending that neither its presence on our Shabbos table nor its provenance jarred me. And then one morning before Rosh Hashana, I awoke early and agitated, overtaken by a sudden urgency to cast the silverware into exile – where my neshama couldn’t trip over it, where it could not remind me over and over again of rejection and loss and the hole in my heart that resides where only love should be.

When Replacements, Ltd. agreed to buy most of it, I wrapped the items one by one,  as if I could heal my wounds with packing tape. My husband carted the box off to the post office, sparing me the farewell.

Meanwhile, I retreated to the kitchen to bake challah for a month’s worth of holidays. I shaped the dough into rounds, yeasty reminders of the cycle of life, so much of it beyond our control.

My mantra, but also the package G-d dropped at my door long before my father thought to send me his silverware.

Letting go of those forks and knives has left me both calm and raw. It was the right decision, and I know the self-imposed wound from their departure will heal in time, teaching me to stop chasing spirits in the wind. A phantom pain will ebb and flow, though my tears will be silenced by my pillow and no one will ever know. I’ll make peace with the scar when it comes, embracing the empty space inside me as nothing more than one of my many truths, a missing piece like any other.

It will close my circle. But it will never make me whole.