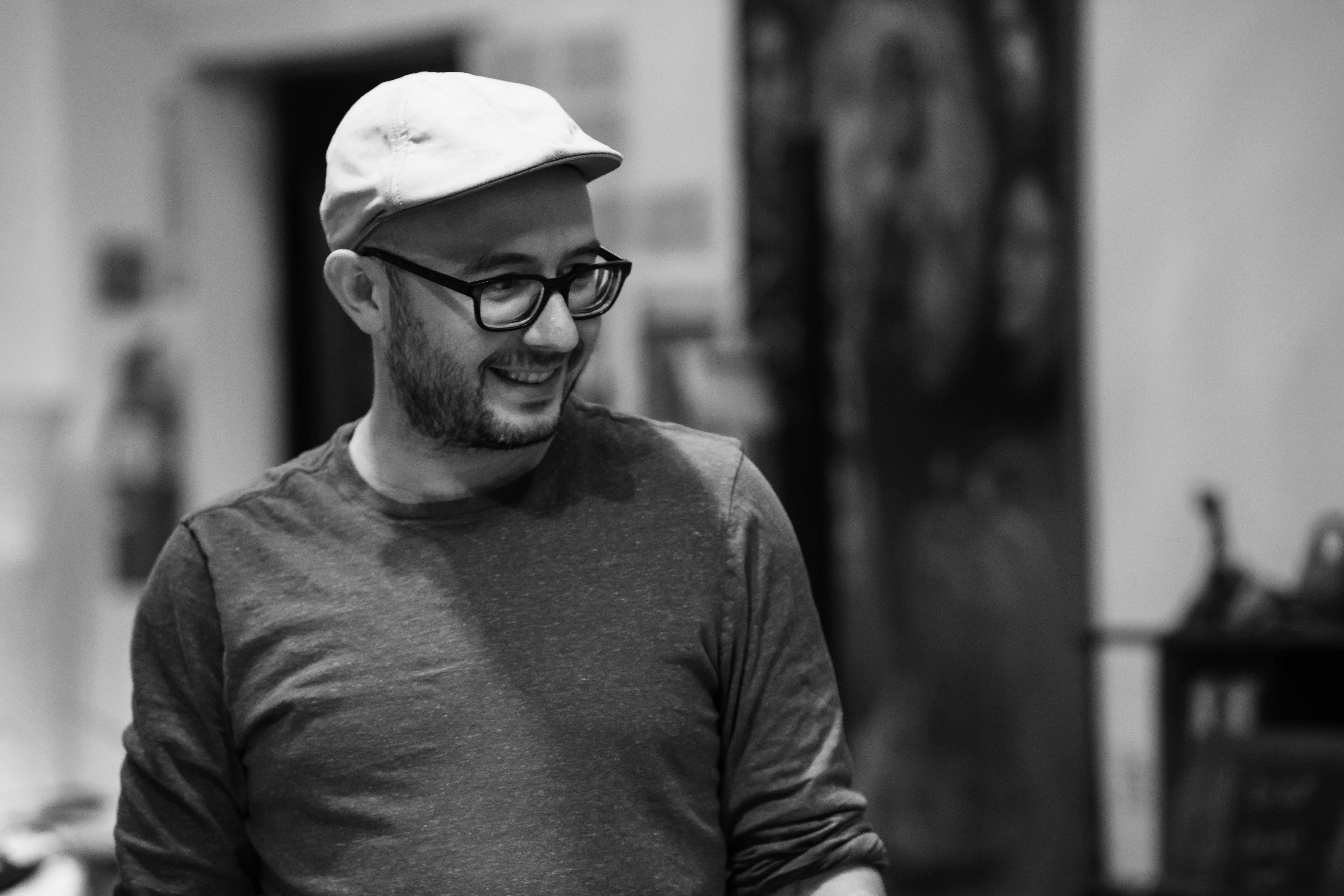 A Rebel Poet Wrestles with His Rebel Kids

Poetry is so hard to understand. It’s like a dream, but not a full dream dream, more like a vivid half-waking experience with people who you aren’t sure if they’re real or not, standing in places that might never have existed.

Jake Marmer’s new collection of poems, The Neighbor Out of Sound (buy it direct) (or amazon), takes its title from a poem by Emily Dickinson, but its influence stretches out way farther in both directions, toward the more distant past and the more recent one: he combines jazz with Jewish teachings, improvisation with careful rhythm and breaks, the wisdom of thousands of years of chazal with his own frantic, limitless thoughts. (And yes, I know it’s weird to call poems that are printed in a book “improvisations” — it sounds like a nice way of saying unedited. But there’s a spontaneity to these verses, a connected randomness like a really good middle-of-the-night dvar torah that comes at the end of a Shabbos tisch, where your brain connects one thing with another, geography homework with Elijah coming before the idol-worshiping priests, and everything seems to flow together in a way that makes utter sense of the universe.)

It might be easier just to make you read them. Two poems, placed side by side in this book, “Root-Note Nigun” and “3 A.M. Nigun,” give two different takes on the Hasidic form of melody, a type of song that, traditionally, has no words. Here’s what I mean:

this nigun is about a stick figure
a two-bone abstraction, solitary root
note, resounding its stripped chorus —

It keeps going, but then, a page later, we get this:

These poems are almost not poems. They’re half-poems, half jazz, the same way that Miles Davis will play a song that scales up and down in complicated patterns and then, somehow, it stumbles into a pop chorus that’s simple and catchy and gets stuck in your head all afternoon.

The poems wrestle with Judaism and G-d just as they wrestle with new fatherhood, career-hood, the unfamiliar weight of responsibility. It’s hard to go from being a snarky, provocative single person into an ostensibly responsible adult who’s not only responsible for teaching your children about traffic lights and potty training but also your own history, the old country of Ukraine, where Marmer grew up, and also the old country of New York, while living in a California paradise. He writes: “Almost three years old, on the toilet / he says: god / is everywhere / but you can’t see him, papa,” and then wryly notes: “The things we fought for / came back to bite us.” As his children discover themselves — playful, contrarian, mischievous — Marmer wrestles with his own self-discovery.

And yes, it’s funny, and yes, it’s cute, but Marmer doesn’t stay there. He takes us to the next level, a level of intimacy and truth. It’s messy, it’s gross, it’s inexact, and it takes us to a place of raw emotional honesty. In “Writing Prompt for a Young Parent,” he writes:

When your kids are sick, really sick, let them into your bed.
Let them cough and drool on your pillow.
In the morning, inhale the pillow’s worth of their sweet bad breath, and
their pain and terror intensified by sickness —
the terror you must have been the source of

Marmer straddles so many worlds in his verse, old and new, East Coast and West, jazz and Talmud, that it can sometimes feel dizzying to read them all at once. But you can’t stop. The greater effect of these pieces is a biography: not just Marmer’s story but that of his children, his parents and grandparents in Russia, his influences (from Mingus to Monk to Rebbe Meir and Sholem Aleichem) and his world. This book, this cross-section of his life, is a record of a transformation that is both singularly Marmer’s voice and an experience that touches us all.

Buy the book The Neighbor Out of Sound direct or on Amazon.