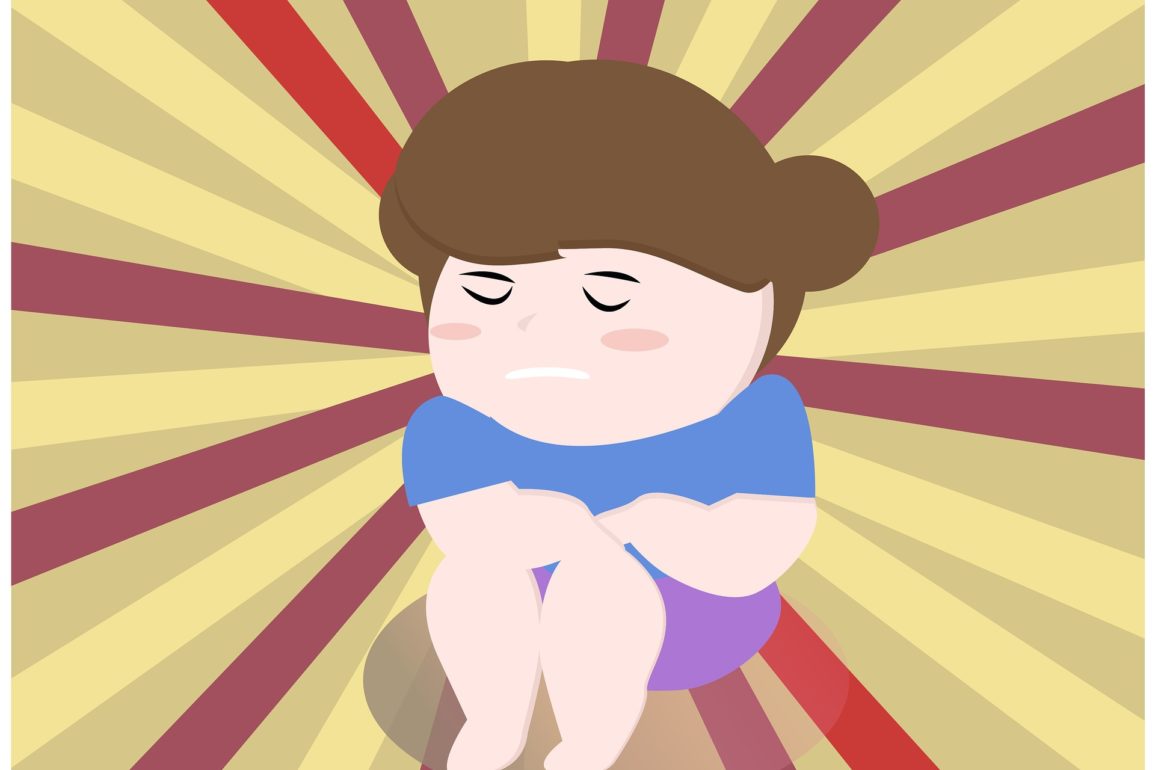 The Decline And Fall Of Devorah A. Gherkin

In December of 1972, Devorah A. Gherkin, eleven years old and 220 pounds, waited for her voice to break. She waited in her hot and itchy polyester shift, a maternity dress that had been hemmed up to fit her squat frame, decorated with an incongruous lace collar. Her sisters had told her that her voice would break, change from its hoarse and manly baritone to a more feminine note on the day she turned twelve. She had been waiting for February 2nd, 1973, since she was eight.

Her sisters, Ittie and Masha, tall and slim, already in their late teens, shunned her company, her redolent body odour, her bewarted hands, and called her Dag, an acronym of her initials that is the cruel Australian word for a hanger-on, derived originally from the foul, matted clumps of excrement that dangle from a sheep’s rear end.

“I think your guinea pigs are running away, Dag! They smelled you coming.”

And she would dash off to check on them, because she loved those humble little beasts that loved her back, warts and all. At night, she dreamed of becoming a guinea pig, a huge guinea pig that could fly, a rodent super-hero.

In late December, she woke up and put on her pale blue Speedo swimsuit with the modesty flap and large black S inked on the chest. She pinned a bath towel to her shoulder straps and presented herself at breakfast.

“Gottenyu!” said her mother, “You are far too old to be wearing that to breakfast!”

“What’s that, Dagwood?” asked Masha, eating peanut butter from the jar with a spoon.

“My bathers,” muttered Super Guinea, pulling the towel round to cover the bulge of her belly and the luridly stretched S.

Ittie twitched the towel away and snorted.

Devorah tried to snatch it back, but knew the hopeless nature of every engagement with her sisters. The futility.

Her family ogled the S.

She crossed her arms over her chest and bravely announced, “I’m Soooooper Guinea!” her voice cracking on ‘guinea’.

Ittie and Masha danced around the kitchen in their bathrobes, shouting “Soooooper Guinea!” but each time they spotted Devorah, standing forgotten in her swimsuit, they howled with laughter. Mrs. Gherkin, muffling her snorts and giggles with her hand, walked behind Super Guinea and covered her up with a sheet.

“That’s yucky, Masha. I don’t want to hear that kind of talk,” said their mother, but she was laughing when she said it.

Devorah picked at a cauliflower wart on her knuckle and ate the diseased skin. Her mother handed her a bowl of Special K, dotted with banana, topped with cream, and Devorah added a tablespoon of sugar. After her mother left to do laundry, she had seconds.

Later, she worked at perfecting her champion’s leap, running up to the pool, shouting “Soooooper Guinea!” and canon-balling into the glittering water. Her guinea pigs were lined up in their cages to watch their hero, their red eyes unblinking.

Her sisters came to watch too.

“She’s faster than a  hotdog!”

“More powerful than an egg burp!”

“Able to leap any obstacle on her way to the fridge!”

All that summer, she made plays for her guinea pigs and elevated her favourite, Liddle Porker, to be her sidekick. He scratched at the handkerchief tied capelike at his neck; he shivered as he was flown across the pool. He was pronounced upon by the sisters, to the theme music from Batman: “Da-da da-da da-da da-da, Fat-man!”

February 2nd, 1973 dawned quiet and hot. Devorah cautiously opened her eyes. This was the day when she would finally become normal. She would speak like a girl. Her hair would lay down. Her warts would fall off. She would be able to fit into her sisters’ hand-me-downs. And even if all of this wasn’t going to happen (she looked at the warts on her hands and sighed), the part about her voice changing was true. Everyone knew that voices changed.

She sucked in the scorching air. She could feel it eddying around her vocal chords, caressing her throat with warm hands. She didn’t speak, wouldn’t test out the new feminine note until she had just the right audience, dodged questions at breakfast and hurried to line up her guinea pigs at the edge of the pool.

Then, clad in her pale blue swimsuit, towel flapping gloriously behind her, she ran across the concrete deck, yelled out “Soooooper Guinea!” in a voice unchanged by birthdays, and fell flat on her face in the deepest water of the pool.