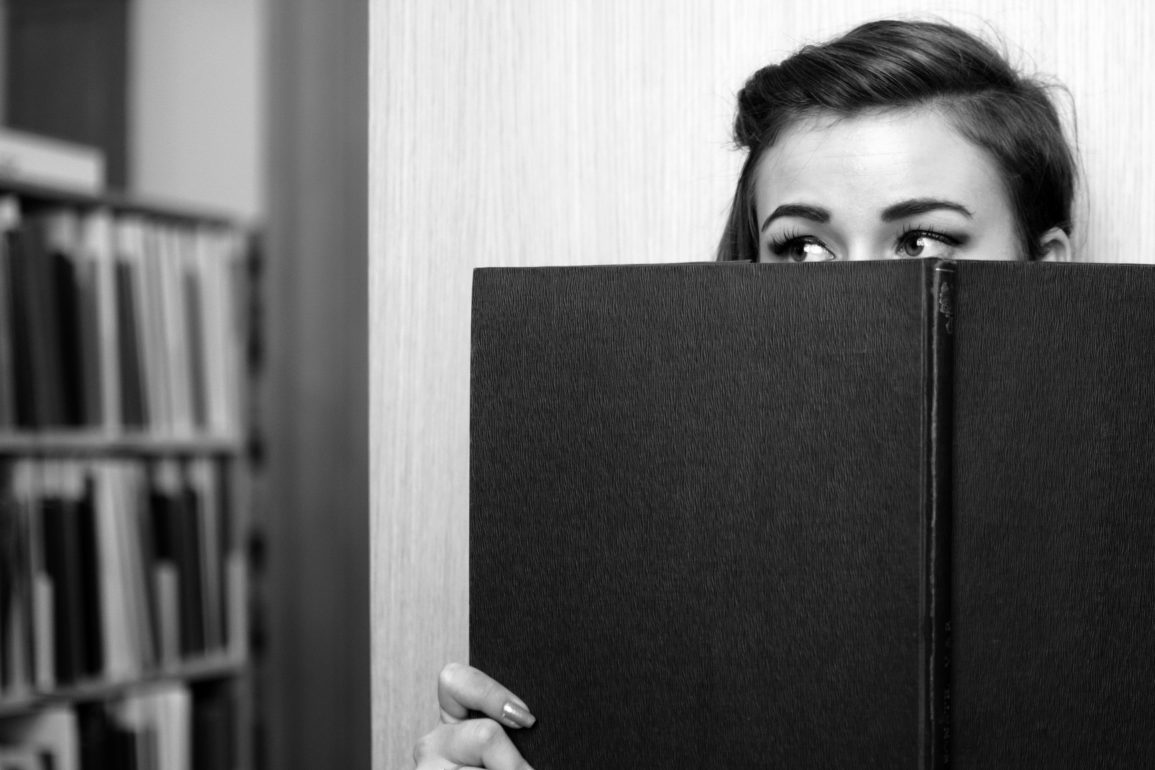 I first met Tzivia when her name was Susie. Actually, I was trying my hardest to avoid her because she was what was known as a bad girl and I was a goody-two-shoes, the teachers’ pet who sat right in the first row of desks, dead center. I got 100’s on all of my tests. I asked pertinent questions. I came prepared and did my homework weeks before it was due.

Tzivia, on the other hand, sat in the very last row of class with the girls who filed their fingernails, who chatted with their extensive social circle and cracked jokes at the teachers’ expense. Those girls wore tight-fitting pencil skirts that barely covered their knees, and they wore make-up, quite a bit of it, and their laughs were loud and their gestures were extravagant. I was afraid of those girls, just a little bit, but I was especially afraid of Tzivia for some reason, and since I wasn’t in her group – the cool girls, naturally –  it was easy to keep a wide-berth.

At the time, I was working at the Grand Army Plaza branch of the Brooklyn Public Library, as a research librarian. That was just one of my jobs. I also worked as a teacher and as an editor at a children’s magazine. Unlike Tzivia and most of my classmates, my parents had not been supportive of me coming to New York to study, and as a result, I was constantly scrambling to make ends meet. I had a large apartment by New York standards, three bedrooms, a living room, a dining room. But my apartment lacked windows as it was in the basement of a brownstone in the Crown Heights neighbourhood. The front door which led out to the street was a huge steel security door with four sets of deadbolts, and a tiny shatterproof square of glass that let in the majority of the natural light that came into my apartment. Unfortunately, that door was at the end of a narrow ten foot hallway, so the kitchen, dining room and living room did not receive any light.

I mention this only so that my appreciation of the room in which I worked at the library is apparent. The library had large south facing windows that let in huge sheets of light that fell across everything. The day I met Tzivia at work, I was tired, and had been daydreaming in the warm sunlight, turning my hand back and forth, watching the shadows on my skin.

“Hello,” she said. “Can you help me here?” She sounded slightly annoyed. I looked up and saw that it was my classmate from the seminary. The one with unusually short black hair and brilliant black eyes. I also saw that she didn’t recognize me.

“Hi. It’s Goldie. The Australian. From school. From Beis Rivka,” I said, adding details until I saw a flicker. “This is the last place I’d expect to see you.”

Now she looked very annoyed. “Why?” she said. “It’s a free country. I can go wherever I want.” Which was true but also not true. We could, of course, go to the library, but only with a corresponding loss of status in the community, possible expulsion from our seminary and a much reduced pool of marriage prospects that was comprised exclusively of “bums.” In the religious world, the library was similar to an opium den in the secular world. “Or are you implying I’m not smart?”

This is what I had remembered from my earlier (failed) interactions with her. She was driven, she was curt, she could be sarcastic. She seemed tough, and I was scared of tough people in a powerfully visceral way.

I didn’t know how to respond. I hated conflict and avoided it. If I’d been a dog, I would have rolled over and shown my belly. “What can I help you with today, Tzivia?”

“Do you really work here?” she asked. “How did you get this job?”

As far as we both knew, none of the girls in our chassidic seminary had ever received any secular education. They did not have the kind of  college background that would allow them to take a job as a librarian, as a public school teacher, even as a secretary. Tzivia was very surprised to see me here, but I was just as surprised to see her, despite her bad girl status. It was no secret that the administration didn’t like it when girls went to the public library. From their perspective, secular books were hotbeds of inflammatory heresy, designed expressly to undermine Jewish belief and identity.

“I worked in a library all through high school and university,” I said. “But my actual degree is in biology.” Not quite true. But I lied about this and about many other things in Brooklyn. I wanted to be accepted. I wanted to be part of the Chassidic community, and it seemed that to be liked and accepted one had to shed one’s secular past or dumb it down. Until that day, nobody knew I’d been to college.

Tzivia stared at me. I couldn’t tell what she was thinking. I suspected that she thought I was a bad person, or, at the very least, a bad Jew. Lower than her in religiosity. In those days, religiosity was the yardstick by which we measured self-worth.

“I fucking can’t believe you work in the library. You!” she said. “Little Miss Chassidish!”

My ears burned. Nobody I knew ever used the F word in conversation. And it had come out of her mouth on a well-greased chute. No fumbling. It was clear that she was used to swearing. And now, in the same breath, she had the nerve to judge me!

“Listen, Tzivia, really, how can I help you?” I asked again. Now I wanted her gone. The collision of my two worlds, the Chassidic world and the academic world, was not going smoothly and I wanted to end it.  And I was awfully confused by her use of swear words. I had thought it was completely forbidden and yet here she was, spouting the worst of them, a word I’d never said in my entire life.

She mumbled about something she wanted from the library, a book or something else that she and I no longer remember. I took her to the card catalogue, showed her how to look it up herself, and then walked her towards the shelves where the item was filed. As we passed a rack underneath a narrow window, we both noticed that the top magazine was Rolling Stone. She pointed at the magazine and sang, in an excellent but husky voice, “Wanna see my picture on the cover…”

I laughed. It was so funny, a chassidic girl in her skirt and long sleeves, singing that song. At the same time, I was only too familiar with the song, so I replied, also singing, “Wanna buy five copies for my mother…”

Her eyes flew open. “No way!” she said, and it wasn’t her earlier sarcastic tone but a warm, rich delighted sound. I had her complete attention. “No way! How do you know that song?”

In answer, I sang “Wanna see my smiling face.” And she joined me for the last line, both of us loud, both of us laughing, “On the cover of the Rollin’ Stone!”

I don’t remember what happened next. I have some vague memory of her pushing me, of us wrestling and laughing and wandering around the library, talking and talking. She didn’t have the cool reserve of the other girls in seminary, the insistence on perfection. She spoke naturally and freely, she knew how to connect in a real way, in a way that allowed her to be vulnerable and honest. She didn’t censor herself. And her openness inspired my own. The strongest memory I have of that day is just a feeling, a feeling that some internal wall had been torn down and that a bright fresh breeze was blowing into my chest.

It still makes me laugh to think that Rolling Stone magazine brought these two chassidic girls together! The very symbol of secular culture and everything degenerate in the modern world! Two religious girls who would otherwise never have understood that between two people there are far more things in common that not, who otherwise would probably never have found a way to connect.

I remember it was winter. I remember we walked all the way back from the library after I finished work. I remember we saw, that day or another one, a huge truck blocking the street, and on it was the name Amalek Brothers. We felt so subversive, so alien to the chassidic world at that moment. We had been internally comparing ourselves to the Amalekites, who “cooled off” the vibrant spiritual heat of the Jewish people when they came into Israel, trying to figure out how far we could go with this discovery of joint secular pasts, and then, right in front of us, in a visual sign from God that what we were doing was illicit, a truck bearing the name of Amalek. But instead of being frightened and retreating to our familiar patterns of behaviour, we looked at each other and burst out laughing. The whole situation seemed hysterical then. We couldn’t stop. Tears streamed from our eyes.

“I’ll get there first,” I said. “Because I’m falling from higher up and I’m heavier, so I’ll have greater velocity.”

“This is me,” she said, pointing to her apartment, like mine, underground. Her place was a block and a half from my own little dungeon, but she shared her space with several other seminary girls, whereas I had always been alone. “Maybe we could learn together,” she added, suggesting that we study bible or philosophy at 6am the next morning. “I’ve always been curious about you. We could talk more then.”

I wasn’t an early riser, but I agreed eagerly, stunned that at last this rarest of prizes had fallen into my lap, a friend.