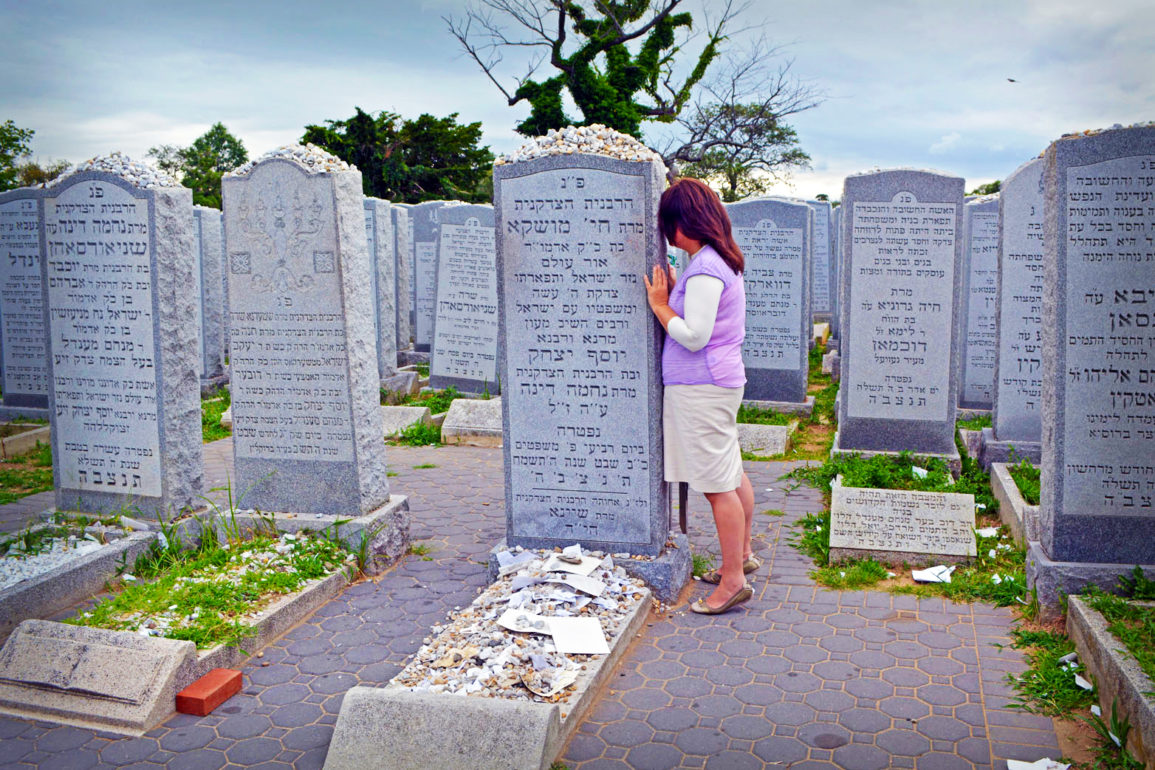 A Queer Woman’s Message About The Chabad Rebbetzin

As a seminary student in Crown Heights, I was fascinated by the absence of Rebbetzin Chaya Mushka from public life. I asked classmates whose families were close to her to tell me stories. I lingered outside the Rebbetzin’s home on President Street, hoping for a glimpse. I had heard that she occasionally drove herself and every time I saw a black Lincoln Town Car go by, I craned my neck, hoping to see a dignified older woman driving. Somehow, I was honoured by being chosen to bring the Purim shalach manos from Bais Rivka to the Rebbe and the Rebbetzin, but on the morning of Purim, I found myself completely frozen with fear and eventually, the job was given to someone else. But after that, I started to see the Rebbetzin.

One morning in late spring, walking back from school feeling ill, I looked up at the Rebbe’s house, and the Rebbetzin was standing at the window, looking out. She lifted her hand to wave. Uncertain of what was the right thing to do, I didn’t wave back. The Rebbetzin waved once more and then stepped away from the window.

One Shabbos night just after Pesach, I dreamt that I was in  770 and that an older woman came in to say tehillim. I looked everywhere for a chair but could only find the Rebbe’s red velvet throne. In my dream, I picked up the Rebbe’s chair and brought it to the woman and lo,  she was the Rebbetzin. That night, motzoei shabbos, standing on Eastern Parkway, I saw the Rebbetzin leaving 770.

A short time later, on a very hot summer day, I left work early, and stopped by Albany Bakery (it used to actually be on Albany, near the women’s mikva) to pick up a piece of their cheesecake. As I stood in the empty shop, the owner began to run around straightening things and crying out in a shrill voice. “What’s wrong?” I asked, and then I was told that the Rebbetzin’s car had just pulled up and that she was getting out. I turned towards the window and sure enough, there was the familiar black car.

The front door swung open and the Rebbetzin stood up. She took the few steps to the bakery, fanning her face because of the oppressive humidity, and then, miraculously, she was standing a foot or so away from me. She was very dignified and European in her suit and coral jewellery, an ironed tichel pinned to her grey hair. For such a small, thin woman, she had surprisingly piercing eyes.

The mysterious invisible wife of my Rebbe, the mother of all of the shluchim. She looked at me. I looked at her. She seemed very serious and though I wanted to, I didn’t say hello. I didn’t smile. I was afraid of this enigmatic woman, in awe of what I didn’t know and couldn’t understand. Rabbi Halberstam took the box from the bakery owner out to the car and then, like a mirage, the Rebbetzin was gone again.

When I told my friends that I had seen the Rebbetzin, they frowned. She doesn’t like to be noticed, they said. She doesn’t want a fuss to be made of her. They said that she resisted every effort to be singled out and treated differently than other women. They hoped I hadn’t stared. Alas, I had.

Most LGBTQ Jews are invisible in Chabad. Most don’t come out. They are afraid that they will be met with criticism and gossip, alienation and shunning. Though they may be in your shul or your yeshiva or your school or your place of work, it is as if they are behind an immovable wall, hidden, an almost tangible absence, much as the Rebbetzin lived out much of her life inside her home on President Street and for very similar reasons.

By all accounts, the Rebbetzin was a brilliant and cultured woman, a reader, a writer, a wonderful conversationalist and a warm and caring friend. How our lives might have been different if she had felt safe from public scrutiny.

What would we, as Lubavitcher Chassidim, have learned of spirituality and goodness and wisdom, of humility and modesty and sincere delight? And I must ask the same thing about LGBT individuals, people blessed with great spiritual gifts, warmth, humour, energy and charm, but who may feel compelled to hide their brightest truest selves. What do we lose as a nation when we make our community unsafe for those who are different for whatever reason?

On Wednesday, chof beis Shvat, 1988, I was woken very early, at around 4 am, by the Shabbos siren going off. The huge air raid siren’s voice rose in an appalling wail and then, unlike before Shabbos, did not stop crying. Concerned, I ran out of my house to the corner of Montgomery and Kingston and looked up at the roof of the Chevre Shas shul. Other people were coming out of their houses too. A whisper went around. The Rebbetzin…the Rebbetzin.

Later that awful day, the Rebbetzin was carried out of her house in front of a crowd of over fifteen thousand people. It was too late for invisibility. It did not save her from death. I watched her coffin float out into the sea of Chassidim, into a community from which she had been separated. There were sirens, shouts and cries, so many police, an undulating black wave of Jews that threatened to overturn her little vessel. Within me, my heart was breaking. I couldn’t bear that this holy woman had lived such a solitary and isolated life.

Some of our LGBT Chabad children have also been carried out of their homes in boxes. Unable to come out, unable to feel safe in the community and unable to leave their spiritual home, they took their own lives. But it doesn’t have to be that way.

After the death of the Rebbetzin, the Rebbe spoke almost constantly about increasing in Ahavas Yisrael, the love one Jew has for another. In the weeks following the Rebbetzin’s death, I thought about what Ahavas Yisrael for her might look like, if we took into account her own wishes. Less singling out. Less staring. More normalizing. More calm. Could we, the Chabad community, have treated her as she wished to be treated? How might her life have been better if we had been able to?

And this leads me to another question. What would it take to change the experience of LGBT Jews in the Chabad community? Is it so difficult to treat us as we wish to be treated? The Rebbe would have said that it’s as simple as Ahavas Yisrael.

I still wish I had.

Thank you to the LGBTQ Chabad and Allies for inspiring me to write and publish this piece.