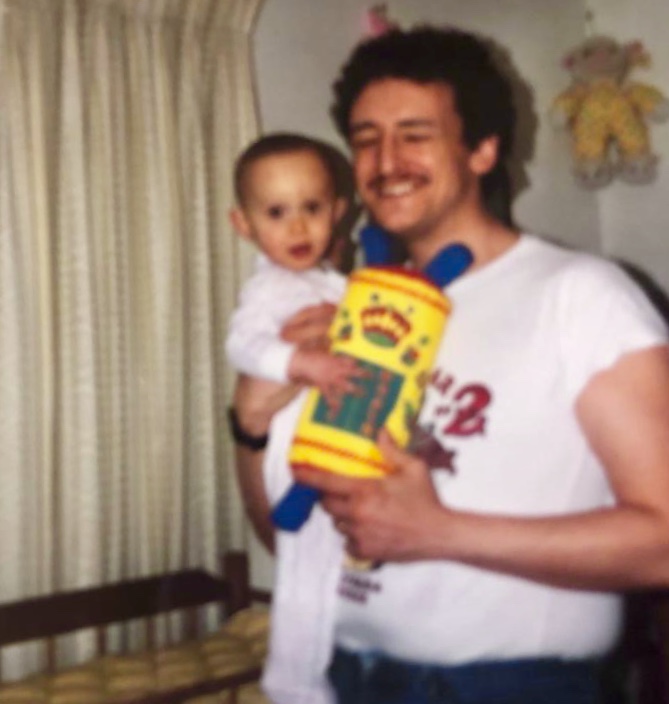 Tiny Torahs And Taking It Personally

“If you do what you love, you’ll never work a day in your life.” I beg to differ. If you do something you care deeply about, the work will often take on an extra layer of personal investment and struggle; in this case, the list of emails and to-do’s are parts of a battle for religious freedom, in which my own identity is intricately entwined. If you work in communications for a meaningful Jewish feminist non-profit, you will indeed find spiritual reward in your clocked hours – but at the expense of monthly moments that challenge, even diminish, your faith in your fellow Jewish people.

I have become cognizant of the defensive biases that stay with me long after I’ve left the Old City, after the newsletter is sent and the press release is approved. When, days after Rosh Hodesh, I unconsciously judge the Haredi girl at my bus stop, wondering if she was “one of them,” or at least tacitly approves of them, the girls who cursed and pushed and shoved just because of their discomfort with difference, manifested as righteous indignation.

It only happens when I lose focus, when I’m not on the job; it’s then that it gets to me.

Let’s dive right in to the part where I take it personally. Because that moment was a blip in a day of blurred and shifted focus, spent largely outside myself. But then, in that empty moment, I finally let go, as I had been putting off out of equal parts professional duty and personal trepidation. How could I allow myself to go there? How could I pause to introspect, to reflect on the impact of the intolerance and violence to which I had beared witness that morning, its mark on my Jewish identity, when I had work to do? In a way, being “on the clock” is a release; the responsibility to perform overrides my personal reactions and sensitivities. No time for that, for feeling.

As we work on gathering the press materials from the morning’s events, my supervisor asks me to retrieve a memory disk from the office cabinet, for storing our photo archive. We are working from a conference room on the same campus, a few hallways away; but the short distance is a maze to me, even after a year’s worth of monthly journeys here. I stop in the building’s lobby to get an office key from a colleague; she hands me a full keychain, and matter-of-factly reaches to the table beside her. “Can you please take this to the office with you also?” On cue, I reach my arms out before my chest, as though pantomiming rocking a baby, and she places the object gently but casually. I look down at the soft, beige bundle in my arms; its physical weight is quite light, but in my grasp I feel a gravity that belies the scroll’s modest size. Nevertheless, it feels more comforting than daunting; I embrace the fabric-layered “baby” Torah, as if pouring some amount of my angst and despair into its compact, but miraculously enduring body. Could it understand?

I walk slowly to the office, delirious in the sunshine hitting the Jerusalem stone walkway perfectly as I move one foot before the other, and whisper incoherently into the cloth of the Torah’s double-covering, as if into a lover’s ear. “You can’t be hurt, right? They can’t hurt you. This is all for you, isn’t it? You are stronger than us, than all of this…right?”

This was the Torah scroll that had to be hidden to be brought in to the women’s section of the Western Wall (despite legal rulings establishing its permissibility), and even so, could not be brought out there for use in the service, due to severe harassment and physical assaults from religious zealots – mostly schoolchildren. This was the Torah scroll that eventually had its moment of relief and glory, lifted into view in the sunny plaza at Robinson’s Arch where our prayer group escaped for refuge – still second-class citizens, but at least no longer fearful for our physical safety. This was the Torah scroll that stood at the crossfires in a battle between sisters and brothers; she had become our emblem, our shield, our armor – had she ever been given a choice in the matter?

She was ours and we were hers; and some were determined to make clear she was definitely theirs only, and no one else’s. They are the same ones who repurpose her verses and use them as weapons to threaten their brethren. They chant her words out of context with the fervor of school-bus bullies. They stand on her to lift themselves up, to amplify their voices shouting in your face that THEY ARE RIGHT AND YOU ARE WRONG NAH NAH NAH. But as they use her words, they refuse to concede that they are all of ours; and that she never imagined those phrases being used as blades like this.

Is she afraid to be unfurled again, exposed? I wouldn’t blame her; I laugh at my own tender tears trickling onto the Torah covering, excusing the burst of emotion as mere exhaustion. And yet, I can give myself this moment with the Torah, who is not mine only, but is surely mine too. I can, for this minute, take it personally.

The press release has been written and distributed to journalists; I made sure to format it perfectly and triple-check the wording before I downloaded it to PDF. I posted the photo album, responded to frantic messages, re-tweeted and tagged as instructed. I stayed committed to my duties. There was no time to take things personally.

But then, in the windowless office, I sat in the spinning chair with the Torah swaddled in thick coats in my lap. And for those few moments, I was holding this sacred object with the adoring reverence of my toddler-self, squeezing close her stuffed plush Torah. “Little Torah, little Torah, let me hold you tight…” my father’s voice still rings in my mind, with the sensory memory of that fuzzy Torah with animated felt eyes.

And I cannot make sense of my feverish mind, addled by a morning of straining my muscles to stand my ground as I was pushed in all directions, and my arms stayed raised upright, holding the selfie stick to record a livestream. It’s my job; there is no time to take things personally. Even as they cursed, accused me of being a self-hating Jew and a provocateur, I remained focus on my mission; it wasn’t about me.

In fact, the only moment that morning that my tears fought past all my concentration and resistance, and my panic took over, was when we were in the midst of relocating to the Robinson’s Arch plaza and I had handed my phone and selfie stick to an acquaintance as I reached to retrieve an external battery from my bag. My bag was out of sight, and the police would not allow me to re-enter the chaotic current. My phone and its job-perk accessory, which had become extensions of my arm, had disappeared with Rachel, and I had nothing to distract me, to rescue me from this wave of raving overstimulation. I broke down, heaving sobs and trying to gasp fresh air. But even as my mind went blank except for a repetitive slew of curse words, when a supporter of our group approached to ask if I was okay, I somehow mustered the energy to say politely “I am fine; now is not a good time for me to talk. Thank you for being here.” And I even added a cordial smile. Because this was not about me.

But in the office, time feels irrelevant, and the morning’s mania echoes in the background of my mind but is muffled somehow. Is this all worth it, little Torah? We’re all doing this for you. Will you stay strong for us? Will you help us, sweet Torah?

The following Shabbat morning, I wake up refreshed and determined to move past the ugliness I faced the day before. That was just work, after all. It’s not personal.

But of course, as I follow along with the Torah service, as I watch men and women read from the scroll with ease, and hear each recipient of an aliyah pledge an intention for the upcoming month, and echo along with the rest, “she’yihyeh,” “so it should be!” in response – I marvel with joy and bewilderment at the dissonance. It’s so easy for me to feel love for the Jewish People in a minyan like this, with colorful tallitot wrapping shoulders of all genders, bare feet bouncing on a living room floor, Red Label passed around after Shacharit, improvised declarations and blessings as natural as Amen’s throughout the service. Organic.

And so, steeping in the accepting atmosphere and the nourishment of its vibe, I also feel self-critical at my own bubbling sense of love and expansiveness. Because it feels so distant from what I was swimming in just over twenty-four hours before, such strong disdain and pain, disappointment and anger at those who, regardless of our mutually maintained distance, are “my people” as well. Today I am pointing my finger gently along the page of the Torah portion, lifting my ceramic glass in a L’chaim to someone’s declared intention to ritualize her sources of joy this month. Yesterday, I was dodging fingers pointed in my face, and begrudgingly repeating (so as to go “on record” as a “good guy”?) “Ahavat Chinam,” “Free love” at the girls with hostile eyes. Today, I am praying alongside people whom loving is not a challenge. Even as I resolve to stay present and leave behind the previous day’s chaos, yesterday’s tension still aches in me, and causes me to question my every sensation as I sway through the familiar words of prayer. I am getting in my own head, when the love is right there before me.

I receive an aliya and recite the blessings proudly, feeling appreciative of the privilege to participate in this ritual freely, with my full voice. I tremble at my internal comparisons to yesterday’s fear and constraint. When it is time for me to state my kavanah, my intention for the month, I say “ahavat chinam bli ego,” “free love without ego.” The smiling, supportive group responds “she’yihyeh,” “so may it be!” I have in mind an authentic, expansive love, one that puts aside the self-critical voices and the questioning, one that endures beyond anger and disgust – even justified – with a wild hope in something beyond ourselves. Beyond ego. She’yihyeh.

Little Torah, little Torah, let me hold you tight.
Teach me, teach me, all your lessons, show us what is right