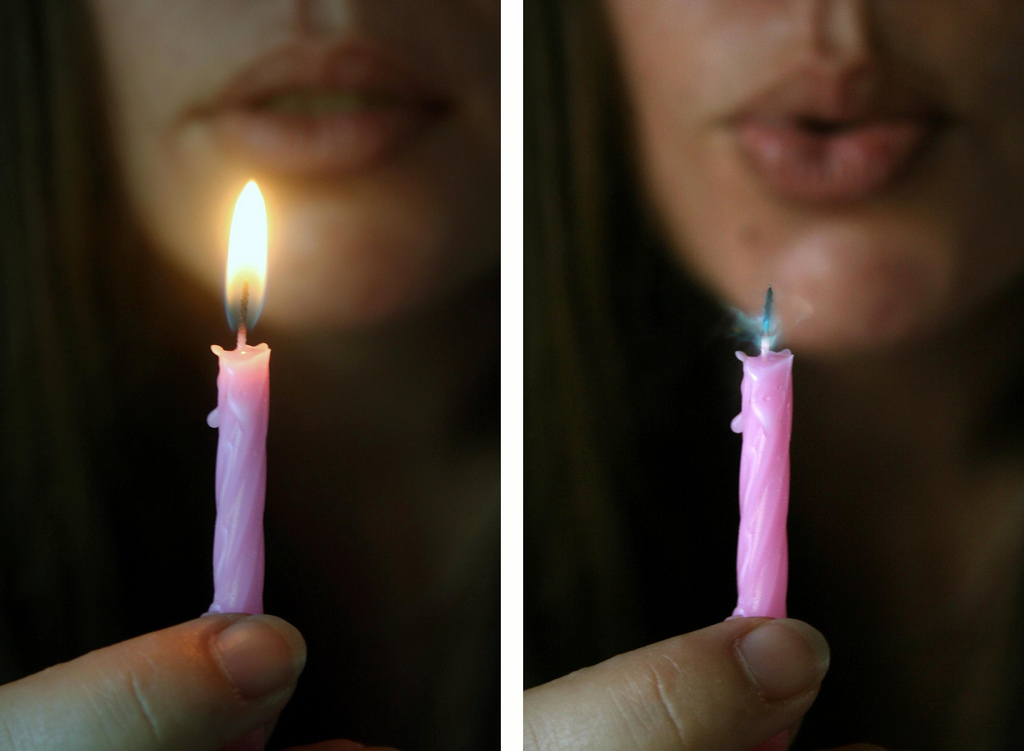 We Are Nothing And Everything All At Once

I tried on your sweater. I did not feel like you; I mostly felt like laughing. Your wardrobe is scattered on the floor, in piles that are perpetually being put in their Places. Meanwhile you tell me you feel like you’re living two lives at once, looking over your shoulder at the other Moments you could be having- are having- somewhere miles away and seven hours ahead of your watch. What’s the point in speculating, though?, I try to reassure, when, after all, we could all be aliens. That’s what you said anyway.

I never liked playing “would you rather,” because things just are the way they are (a cop-out, sure), so these imaginary possibilities felt pointless to me. And I especially never liked the kids who would take their sweet time to answer, composing stilted hypotheticals that could undo the awfulness of these theoretical options – “Okay, but what if they already invented time travel by then, and then I could go back in time and get my feet back?” I also refused to play “house” or any other form of make-believe. I was really awful at being a kid. Because I was too resigned, too loyal to the notion that Things are the way they are. As are we. The world is the way it is. Fixed on its axis.

E likes to point out how much I love to “embody” myself in physical things, in the way that my room my computer my closet my bookshelf all carry my fingerprints. “That’s so you,” she exclaims, enthused at the way I have come to fit in my own skin. I do not disagree. But it’s not something I could explain.

Sometimes I need to wear my leopard-print Doc Martens to “feel like myself” again. In high school, my signature Look was composed of my deceased grandfather’s itchy Lacoste sweaters and fuzzy moccasins. Now, I like florals and earth tones, dresses mostly. I just bought myself an oversized Sublime tee shirt to cut into a new frayed shape and wear when I’m at the library but want to feel like I’m a “bro,” sipping a forty beside my friends and loyal dalmatian. What does it even mean to feel like myself?

“People are always saying you should be yourself, like yourself is this definite thing, like a toaster. Like you know what it is even. But every so often I’ll have, like, a moment, where just being myself in my life right where I am is, like, enough.” -Angela Chase, My So-Called Life

In my Buddhist Ethics class, we talk about the meaning of nothingness, and if anyone has a self, the kinds of questions the kinds of people I don’t like ask in college. So, it turns out, no one has a Self and nothing has meaning. But nothing is meaningless. It just means that nothing has an inherent meaning. Like, a hundred-dollar bill can buy you things – like at least a portion of a textbook and maybe a couple lattes – but there is nothing about that specific piece of green paper that makes it worth anything. If an alien arrived in your home tomorrow and opened your wallet (and I just claimed to eschew hypotheticals), he/she/it could assume that rectangle was meant for wiping one’s nose or lining the inside of your shoes.

Still, if an alien handed me one hundred dollars, I would not throw it out the window just to watch it fly pathetically to the sidewalk beneath. It is what it is, and it’s not nothing. We have ascribed meaning, dedicated value, to the thing. It is not “naturally” so, but it is hardly moot.

If my red hair – and my tendency to tousle it mindlessly too much – is me, would I still be myself without it? Certainly. Is it irrelevant to the Self I’ve constructed? Hell no.

I study sociology because it gives me hope that the systems, ideas, and patterns that confine us can one day be broken down, or at least transformed somehow. Because almost every “it is what it is” and “it’s just the way it’s always been” and “that’s the way it goes” is a result of our own construction, and we’ve done a great job making it all look so natural and fixed. Unbreakable, unfazed. The system chugs away, never letting us see it break a sweat. But if we look closer and notice the emperor’s nakedness, we can see the remnant pencil marks we tried to erase, reminders of our own handiwork. And we can see through the cracks that these parts can indeed be reassembled.

On Purim this year, my holy sister makes a L’chaim- the standing on a table kind- and she stresses the way Purim illustrates the fallibility of our expectations and assumptions, the way they crumble. The way Things Fall Apart. And come together anew, and better than ever. The way G-d’s architecture stands fortified when our blueprints are too scribbled and unstable to prevail. She toasts to remembering the power of human agency (with G-d’s help, inshallah) and creativity, and we are empowered.

I’ve been pondering the transitional period from Purim to Pesach, and it’s starting to crystallize slowly for me. On Purim, we reject any sense of order, throw all the gantze structures to the ground. We embrace chaos. We throw our hands up and dance in the rubble.

And on Pesach, we break out of our confines, our meitzarim, as we escape Mitzrayim (Egypt) once again. And we build something new, in this case, a nation. Maybe when G-d split the sea, G-d was demonstrating the way nothing is limited to being what it is, or even “what it always has been”. The way the parts can be reassembled, deconstructed, scattered, tie-dyed, covered in glitter. Knotted, polka-dotted, twisted, beaded, braided. We could dismantle the patriarchy, or reduce corporate greed. It literally says that in Sefer Shmot. (Note: it says neither of those things in Sefer Shmot or anywhere in the Pentateuch, at least last I’ve checked.)

Talk about stickin’ it to the man.