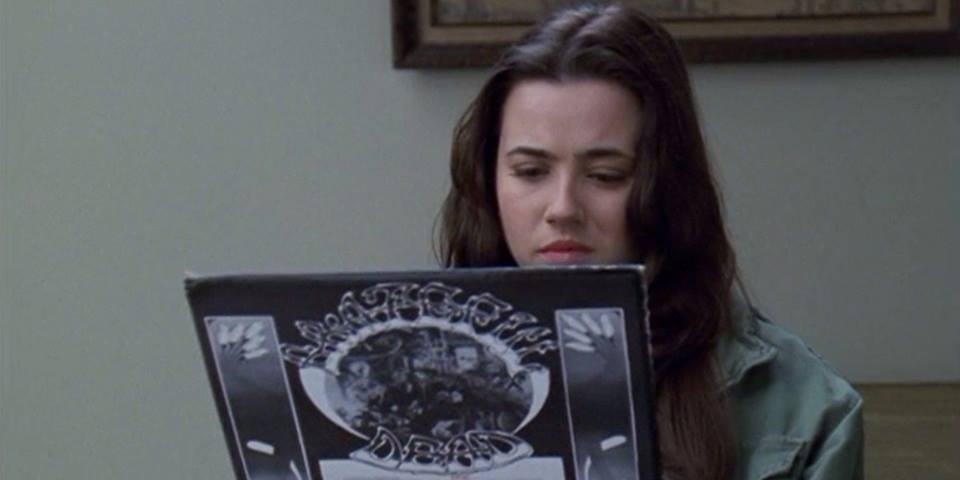 Grateful For The Melody

Upon my fifth re-watching of the glorious Freaks and Geeks, I am finding myself discovering even more hidden wisdom in Judd Apatow’s masterpiece. First of all, who knew it takes place in a [fake] suburb of Detroit!? Also, it just gets more psychologically poignant and insightful with time. Of course, there are the usual sitcom plot holes (like how the hell does Lindsay know how to roll a joint automatically her first time smoking?!), but overall, F&G keeps coming through with the gems. And this time, the show was the catalyst to my renewed appreciation for the Grateful Dead.

In the show’s finale, Mr. Rosso, the kind, hippie high school guidance counselor, recommends the album “American Beauty” by the Grateful Dead to protagonist Lindsay Weir when she is in a funk (not an uncommon mood for a high school drama). He says it always helped him when he was stressed in college, and tells her to listen to it while she studies for finals. I faithfully followed his guidance.

I’ve been listening to “American Beauty” on repeat for the past few weeks, with only occasional short breaks for Top 40 pop hits. I’ve been getting nervous that I’ll get sick of the album after too many plays, but it really hasn’t happened yet. And I find myself feeling something new nearly every time. I find myself thinking about what about this music touches me so deeply, and I find a niggun. Like a niggun– a traditional melody a different, if similar, sort- “jams” tend to give you the freedom to situate yourself in the music however you may find yourself in it. It does not, on the whole, try to tell you what to feel, or compel you to be in any other state. It just sort of takes you on a journey, shows you other possibilities, but lets you be there as you are.

Because in their emphasis on music over lyrics- though the lyrics themselves are poetry in their own right- they somehow implicitly encourage sensory feeling, not overly cerebral, or at least not in a cumbersome, verbal way. Words can weigh me down. Words can lift me high.

And I try to meditate on the possible Jewish connection to what I’m feeling, how jam bands are an “essentially Jewish” thing- some click-bait thinkpiece. And intuitively I experience the Dead Jewish-ly, listening with my Jewish ears and my Jewish soul, longing along with the trailing harmonica. But the connection feels forced; after all, I so value being part of the “People of the Book,” a people who speaks, who argues, who interprets words. But there’s also the parts where we’re just about soul, where we give voice to the half-centimeter-wide, off-white, blank spaces between the Rashi and Tosfot commentaries. Where we let our words surrender to our melody.

The Grateful Dead gets it. Maybe this is the closest I’ve gotten to real prayer in a while. Maybe this is somewhere to start, somewhere to belong. The lyrics swim in the sound, floating, and you wade and bob. You are in it; the current carries you, but not too far away from where you started. Just a wave away.