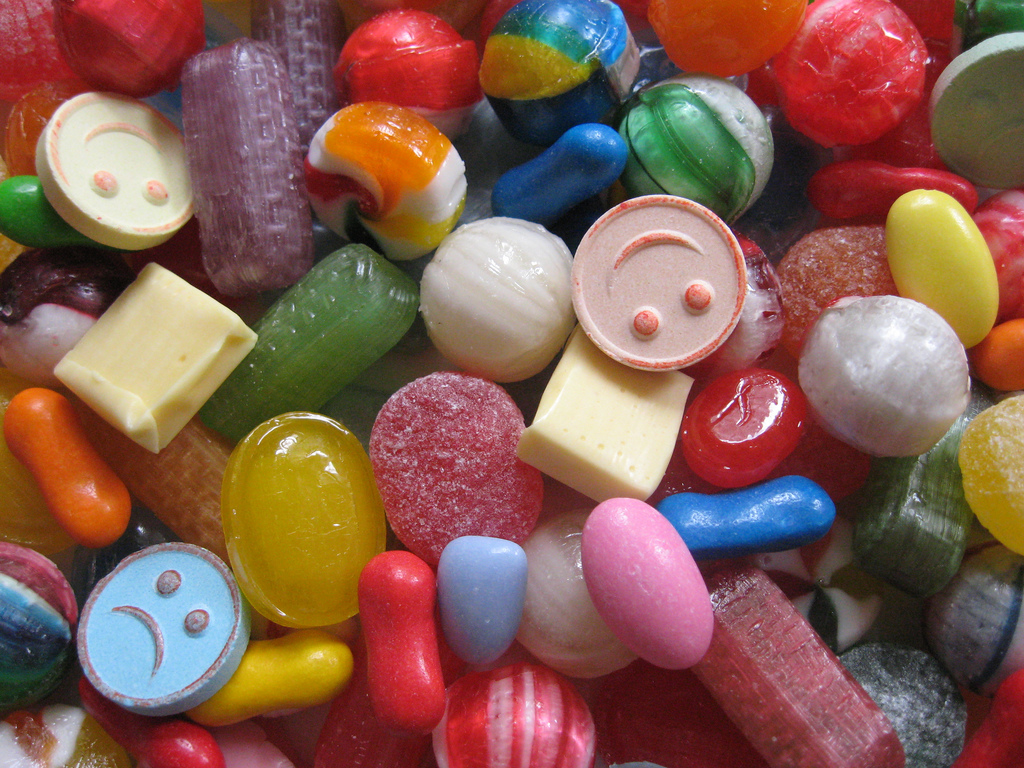 Confessions Of A Bad Pluralist

There are many stories from my childhood that seem, in retrospect, to have foreshadowed the person I’ve become. Most of them involve something Jewish; it’s pretty self-explanatory if you know me.

There was the time when I, at age seven, rejected an offer of some popular gummy candy on the JCC day camp bus, and, in the spirit of transparency (aka childish indiscretion), explained I could not partake because I kept kosher. For the life of me, I will never understand why this kid did not simply feel good about her own kindness and simultaneous excusal from sharing –  more Skittles for her, right? But instead she kept pressing me, as though she so wanted to get rid of her candy. (It really makes less sense every time I consider it.) But your mom isn’t watching! She’s not even here! And I just gave the older girl a wholly dumbfounded look. What does that have to do with anything? I just don’t eat that.

The Rule seemed so absolute to me, so beyond questioning. I couldn’t articulate why I could not accept the candy, but to me it was beyond a choice. I had so internalized the doctrine of Kashrut that just a few years earlier, at a fellow preschooler’s birthday party at a police station, I answered fervently the question “Why should you never take candy offered from a stranger?” with a self-assured “Because it might not be kosher!”, leaving the group confused by my early piety. The thing is, somehow I caught on to the idea that not only was this Law completely sacrosanct, but it also had nothing to do with my mom. And that’s what that girl with her Starbursts or Nerds just didn’t get.

Sometimes I feel a similar discord with people who don’t live their lives based on an established, sacred, pseudoscientific, idiosyncratic code. And what I mean is not about frumkeit, or religious observance as defined by concrete measures or affiliative labels. This could be extended to other lifestyle choices – the discipline of an athlete during training, or a socialist youth movement idealogue, for instance – beyond religion. There are those of us who speak the language of subscription to a system, some more consciously than others. And I think that orientation must inevitably shape the constellation of one’s identity.

I don’t know what makes someone more inclined toward the framework of commitment to the System. Of course, environment is critical; but clearly it’s not everything. I wrote my senior thesis on demonstrations of continuity and discontinuity in religious practices and approaches of Modern Orthodox women, who were raised Observant and have remained so. I attempted to pinpoint some of the key elements involved in the decision to “stay” Frum, and some of the many ways of engaging with the same traditions from varying and innovative standpoints. My research was somewhat selfish, in that it benefited my own self-understanding and validated my personal experiences with internal tensions vis-a-vis frumkeit and identity. I found that other women had similar recollections of growing up with a sense of “that’s just the way we do things,” as I had with my devotion to keeping kosher as a child. The participants also reflected on the significance of connecting with teachers who inspired them in ways that transcended tangible displays of religiosity; most of the interviews described finding motivation through their role models’ modes of thinking and approaching tradition, more so than in an affinity for a particular style of practice or denominational loyalty. There is a lot to be said for the connective language of commitment and its ways of prevailing against differences in stances or actions.

There are times, certainly, when concrete measures are more relevant than theoretical factors – consider shared meals, prayer spaces, Saturday activities. When I began in high school to consider more deeply the contours of my religious, halakhic, and spiritual identities, I was perplexed about the feasibility of my mom and dad’s marriage, given that she has always been “conventionally” Modern Orthodox, while he was a Conservative rabbi. As if any differences in theology or fundamental philosophical outlooks were superfluous matters, the response I got was something to the effect of “We both kept Shabbos, and we both kept a Kosher kitchen, so…” I guess there is something naive in assuming daily life in a partnership involves regular discussion of whether or not the Torah was truly given at Sinai, or what exactly constitutes heresy. The extent of this pragmatism is still beyond me, and perhaps my remaining confusion is due both to my never having been married and to my particular intellectual-spiritual composition. How much do these things matter when, after all, you can share a kitchen?

Good Pluralism feels like walking through the Old City’s narrow stone walls, or along the streets in Berlin paved with memorial plaques, walking in a “tri-vruta” (Torah learning trio) formation, a trifecta of Orthodox-Conservative-Reform friendship, fit for a Hillel poster. It feels like a lively, energizing rhythm of ideas and refutations and challenges and reconciliations and loose ends.

Bad Pluralism feels like the accusations I sensed being lodged at me by a Yeshiva day school alumna with apparent baggage, who fiercely criticized the long-overdue addition of women carrying the Torah in the Orthodox services she never attended at Hillel (a delay I too resented, but it’s different when it’s your community to criticize). It feels like defenses rising in my belly and throat, a sense of urgency to defend something bigger than my personal identity. It feels like the need to prove myself against claims of illegitimacy or backwardness. It feels like the worst of us, hurling our complexes in the other’s direction.

Because sometimes I roll my eyes internally without realizing, because I’ve heard of the  source being presented in a class – okay, so you’ve read Heschel. “That don’t impress me much.”

Because sometimes I resent having to translate and clarify my terms when I get a kick out of being esoteric, code-switching to a mix of Aramaic-Yiddish-Hebrew-Yeshivish, exclusive as hell. And sometimes I get bitter about the adult-ness of having to make sure Rosh Hashanah meals are planned ahead of time, instead of relying on it coming together “automatically” (i.e, through my mom). I talk a big game about open-mindedness. My sins I confess today.

Because the last thing I want is for them to think I’m judging them or yearning to proselytize, I lean toward overcompensation from time to time. I need to reassure people that I’m “chill” and “yeah, I guess ‘socially-affiliated-with-the-Modern-Orthodox-community, but not like, ‘Orthodox-Orthodox’.” But also, I need to make the point that I don’t condone mocking the “Orthodox-Orthodox,” so watch it.

I need to prove I’m not judging them, and they need to prove they don’t care that I’m judging them, and we are all making assumptions, animated from a place of insecurity, when really I’m on team You Do You. But then I also sometimes harbor internal self-pity when I act carefree about not being able to bring a water bottle on the uphill excursion on a sunny Shabbat in a Bedouin village without an Eruv. Or on the same Shabbat, when I need to coordinate ahead of time my kosher food arrangements (gracefully provided by another halakhically observant friend), I feel twinges of disappointment and loneliness, even though the yogurt-smothered chicken looks unappealing to me in any event. We all lean into our creature comforts, but who am I to feel sorry for myself? You talk a big game, don’t you, Liz?

So, I’m a Bad Pluralist, indeed. Because no, I will not eat the candy still, but it doesn’t always feel as automatic. And the follow-up noise cycles crowding my head seem to drain me and make me resent the fact that sometimes they just don’t get it. And I catch myself thinking in terms of “they,” and I berate myself for the hypocrisy in the big game I talk about solidarity.

I’ve heard the terms “low-stakes pluralism” and “high-stakes pluralism” used as a framework for describing the various modes of challenge involved in engaging opposing views in harmony; one might envision the difference between Hillel’s Friday night services – with spaces for a variety of denominational styles, in different rooms in the same building, and a small group seminar debating theological principles as they relate to egalitarianism. Everyone’s a Good Pluralist when things are running on their own terms. And so, I am still navigating what it means to amplify and shush my internal voices of comfort, commitment, and connection.

I am expanding and contracting and inviting you to be raggedy with me. I will share my candy.