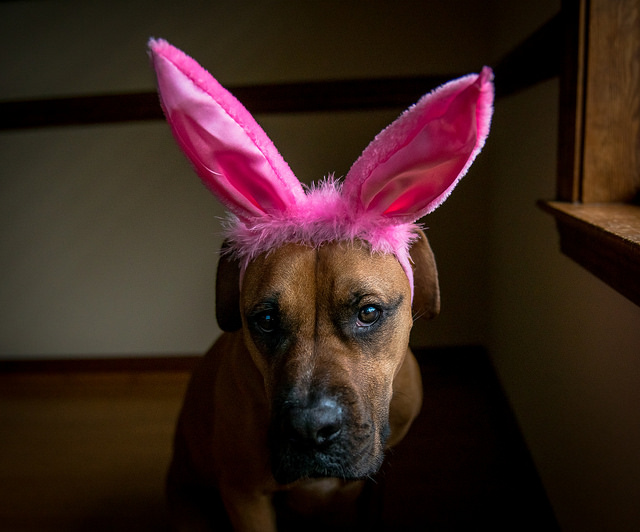 Come On, Get Happy?

I could hear it roaring from down the hall. I hoped it would stop – that I had only imagined it, that a rule-enforcing administrator would stop the chanting horde in its tracks and send them back to their Chumash classes. But this school was indeed a strange place in many ways, where slightly-out-of-wack was the usual order, where in high school (this school was K-12) it was implicitly acceptable to show up late for sixth period after lunch hour, with a Slurpee in hand – as long as you also came bearing a second bright cup for your teacher.

And so, despite my internal pleas for this chaos to cease, the howling only grew more ferocious and invasive as it moved closer, breaching the bounds of Morah Chamutal’s classroom with resonant pounds of Mishe-mishe-mishe-mishe-mishenichnas Adar… (“When Adar comes, we increase in joy”). Some of the older boys banged on walls, even climbed on chairs and desks. The room spilled out into the hallway, and hardly anyone was committed anymore to carrying on with the lesson that had been planned. I had no option at this point; I was compelled, though I would much rather have continued filling in my “who said it to whom?” worksheet identifying biblical verses, to join the mayhem.

There was, in theory, the option to stay stubbornly put at my desk, arms crossed and eyes rolled in resistance as the hyper-enthused Israeli volunteer women tapped my shoulders, coaxing me to just “increase my joy,” the way Adar was magically supposed to transform me. There was always at least one of those kids who stayed glued to their seat in spite – of what exactly? And there was maybe some part of me that envied them in their conviction, but I also felt a palpable shame and disdain for their obstinance. I could never be like that. I had learned by now the necessity of enthusiasm, however feigned, in these situations. For the sake of social cohesion, of “normalcy,” it was just simpler this way.

And so I buried my neuroses, bounced and bopped along to the repeating mantra of Mishe-mishe, pretending I too was thrilled for this planned-spontaneous outburst, this unscheduled-but-calendared disruption to which teachers were strangely powerless. I was supposed to be excited at the casual opportunity for missed class; and at the very least, I should have come to expect it by now. But once a new year’s Adar has come, last year’s has faded so much from memory, and routine is once again routine disrupted, a cycle later, in the abrupt timing of the reliable train of mishe-mishe-mishe-mishe, chugging along.

This was supposed to be fun. I was a young killjoy and I knew it. I knew I did not want to get up and dance and sing-scream but I knew even more clearly to deny that, had developed the social intelligence to intuit it was best I pushed these anxieties far aside, lingering in the background as panicky whispers of dread, signals to be swiftly ignored. I was a kid with a rich internal life and a nervous constitution; it was I, after all, who had run home from shul at age five, leaving my mom in a frenzy, all because I was in an anxious rage upon not being able to keep up yet with the pace of the call-and-response singing of the prayer, Anim Zemirot. “Easygoing,” I have never been called. I have been described by friends as “not chill, but likes to chill.” This is accurate.

It’s just that the whole Adar thing always felt like it was for other people, not for me; it was a season for those among us ready at any moment to jump from their seats and join the linked-arm chevreh that effused carefree energy.

I could be a Nissan Jew, true to my birth month, fascinated as she discovers new ideas in the Haggadah each year to share in discussions with loved ones at the Seder table. Revelation, redemption, spring blossoming – these were the kinds of themes with which I could definitely “hang.” And of course, I enjoy the four cups of wine and their liberating effect as we re-experience our collective freedom from soul-constraint and oppression. And unlike the drinking associated with Purim, this ritualistic inebriation comes in the form of order – the literal meaning of Seder, predictable and organized. There is a plan I can follow, with a sense of endearing and enduring loyalty to tradition through my structured sensibilities.

I laugh aloud as I write this, however, realizing the irony that my Hebrew name is Esther, the name of Purim’s leading lady. I do feel her power, her disguised energy and sense of mysterious strength. I feel connected to the deeper meanings at the root of her name – my name – its implications of hiddenness and wonder. I kvell with an odd pride at one of the few facts I know about my namesake – that she so appreciated a good cry, she would attend strangers’ funerals. I feel at home in all that complexity, all those layers. And so, in that sense of Adar-ness, I can dig it.

In theory, I am all about the season’s abstractness and weirdness and all-around wildness, the beauty of the subtle, esoteric, even bizarre, celebrated in a debatably-epic story tale; dancing with the glory of not-knowing and unknowing, and throwing it all in the air – it’s revolutionary, and it’s vital, and speaks to me so deeply, when it’s detached from the Adar hype itself. When it’s on its own terms, the joy, in those singular moments of singing out loud in my empty kitchen for no reason at all, rather than jolted into movement by some external force. Maybe I’m just a control freak. I acknowledge that just because these things – like when people bang on the table during Shabbat zemirot – irritate me does not mean they are wrong or should not happen. In fact, I am not sure what it all means.

All I know is sometimes I still feel like an elementary school kid, caught off-guard and flustered by some small change in schedule, and worse so when it’s someone essentially shaking me, “come on, get happy!” Even back then, it puzzled me – are they really so happy just because at sunset the calendar changed and now it’s this colorful month and so their moods have shifted in sync? And did my system somehow just miss the memo?

But there were – and still are – also moments where I am indeed pulled into that dance, somehow my arms upon the shoulders of the woman ahead of me, and someone else’s hands on my shoulders from behind, marching in rhythm as we declare this month where we find ourselves compelled toward joy, much as I was to this very scene. And I’ll notice my internal gripes and frustrations, and I’ll feel wary in my steps and my impassioned smile, and then maybe for a flash, I’ll actually get “into it,” despite it all, despite myself. Sometimes it even lasts for a while. It’s hard to dictate it, or chase it, this joy thing.

Maybe I am still learning how “to Adar” properly; that is, to find a way to “increase in joy” without forcing it, without feeling it sprung upon me, demanding. And this year presents a “bonus” Adar because of the leap-year. This is done to ensure Pesach stays in its proper calendrical home, in the sprouting of springtime.

It feels just right to me that this works out as such, that we have an extra month of joyful madness, in order to maintain order. In order to get free exactly at the right time. And maybe this extra Adar will give me more time to practice, to prepare myself for spontaneous bouts of boogie and resounding mishe-mishe-mishe cheers. Maybe soon enough, I’ll jump out of my seat without thinking twice, and join right in.