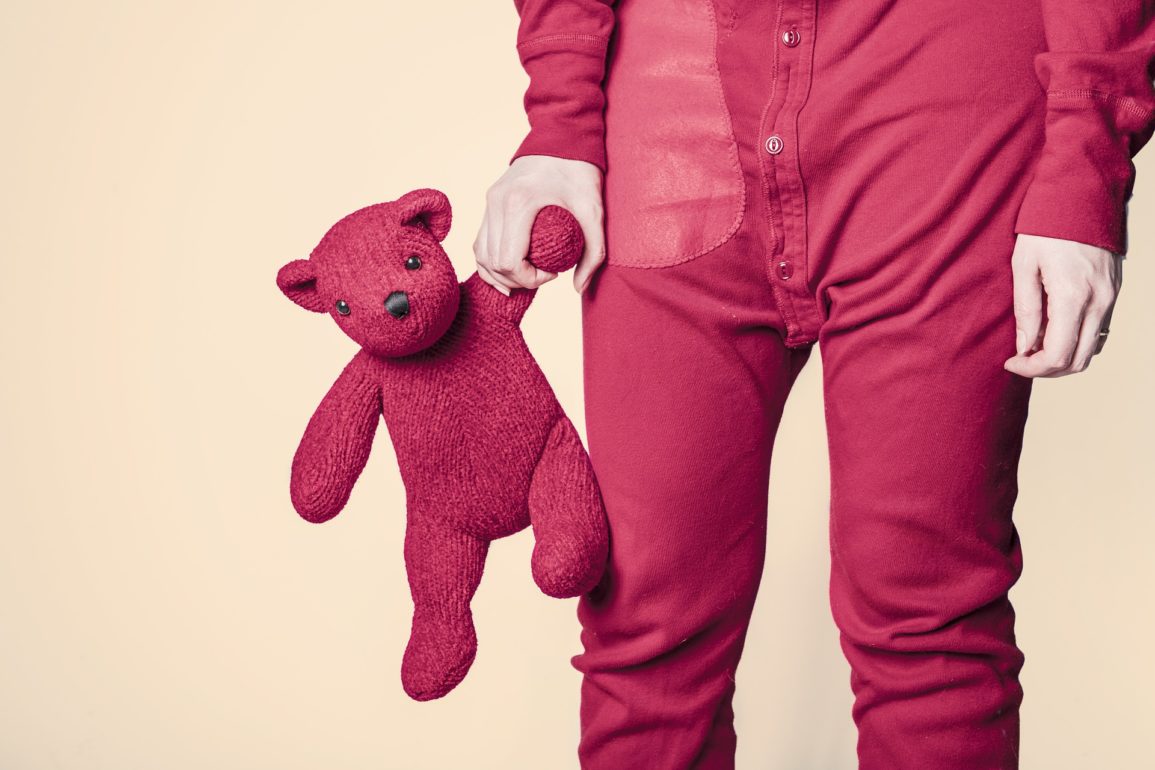 ''As per tradition I always use travel time to record my thoughts, wishes and goals for my upcoming journey. I opened note number 457 and the cursor pulsated at me, as if impatiently screaming ‘write something’. I looked at the blank page. That was my life now. Blank. I was diving into the scary unknown and for the first time in my life I was not going to have a say on my future. So I deflated my ego down to 6 words. '
Chaya Serraf·January 25, 2016·9 min read

On July 1st 2015 I did two of my favorite things in the world. Fly on an airplane. And I was moving to Israel.

I’ve been obsessed with flying ever since…I flew for the first time, I guess? I observe all the people, I taste all the kosher food, I read the boring magazines, I keep the extra headphones, I browse through all the entertainment (even the boring stuff) and then…I write.

For someone who’s always on the run, it feels good to be trapped in the clouds for several consecutive hours. That’s when I catch up with myself and all the ideas and inventions floating in my head. (Toothpaste with caffeine? For the days where you’re rushing and need a boost….I know I know, caffeine ruins your teeth.) As per tradition, I always use travel time to record my thoughts, wishes and goals for my upcoming journey. I opened note number 457 and the cursor pulsated at me,  ‘WRITE SOMETHING ALREADY’. I looked at the blank page. That was my life now. Blank. I was diving into the scary unknown and for the first time in my life I was not going to have a say on my future. So I deflated my ego down to 6 words.

”Only do what you truly want.”

I never moved before. It was new for me to experience the painful the process of selling things I so badly wanted to keep and keeping things I so badly needed to get rid of. In the end, it was just me, 4 suitcases, a guitar and my laptop with overused memory space. I needed to rebuild my life now. Make new friends (meh), find a job….you know the stuff adult life demands. I knew I needed to be in Israel, so I kept telling myself that the vast unknown is also a world of endless opportunities. I just had to practice minding my own business and leaving the job to G-d. So, I walked the streets of Jerusalem accompanied by the one-liner promise, playing on repeat, in my head.

‘’Deep down what do you truly want?’’

Again, for the first time in my life, I was lost and speechless. The only answer I had for myself was “to empower people”. I had been conducting workshops for 5 years and I loved it but the American schools in Israel had replied to my email that they were not looking for teachers at this time.

‘’How do you want to empower people?’’

On Tuesday, Day 16, I got onto the bus, exasperated from digging into my own mind. I felt like I had been speaking to a child who had his eyes down and refused to answer any questions asked. A child who had been neglected. A child who was forgotten and had been uncared for, for too long. I needed to rebuild that trust with him and everyone knows how hard that is.

I looked around me and noticed an abnormal amount of old people. It amazed me that this country had 100 year old people taking the bus with their plaid carts, heading to the shuk to do some shopping. I felt like talking to them. I felt asking each one of them “WHAT DOES IT FEEL LIKE AT YOUR AGE? WHAT DO YOU REGRET NOT DOING?’’

Right there and then I realized that I had been asking myself the wrong question. I put my head back on the seat, closed my eyes and I decided to try to envision what my mid-life crisis would look like. An older me was sitting with my grandkids and with a frown, I was telling them how I regretted not pursuing music.

I opened my eyes and aggressively typed into google ‘’Music schools in Israel.’’

So much happened within the few months till I actually started music school (I’ll save that story for another time) but on August 24th, Itzik Weiss, the founder of Mizmor, and also just an amazing human being, phoned me and told me he wanted me in class the next morning for the 3-week preparatory course. I was stunned. I wasn’t even sure I would make it as a student in October. There were too many details to work out and it just felt too soon. But I told him I’d be there. I hung up the phone, in total shock; I was shaking. Just then, my aunt was rushing out the door to Dizengoff Center with her two grandkids. We hailed a cab and left.

The cab driver sped but not faster than my mind. It bothered me so much that if I were to go to music school, I was starting my studies so late and I would finish too many years later. I resented myself for not starting sooner and I just allowed all these thoughts to eat at me the whole ride.

When we got to entrance of the mall, I couldn’t help but notice an 80+ year old woman playing the violin. I stopped and looked at her as I handed a few shekels for my cousin to drop into the pile of coins. I was standing a few feet away when she stopped playing and called me back.  She looked straight into my eyes and said ‘’I see you have a thing for music and art just by the way you look at me. Just remember, ______ went to school at age 70’’ (Unfortunately I do not recall the name of the famous person who went to school at that age, and google hasn’t succeeded in answering my question. But I don’t need to illustrate my reaction.)

On October 18, I moved to the Givat Washington Campus and started studying at Mizmor School of Music.

Living your dream, more precisely living your gift, is not the party and lights society makes it out to be. It doesn’t fill you with happy. It fills you with joy. Joy doesn’t scream, joy doesn’t giggle. My first few weeks at music school was absolute silence and peace. The voices in my head, the questions, the doubts, they had all vanished overnight. It felt like my heart was gently beating in all my limbs; like I fit perfectly into my skin.

I was most looking foward to songwriting class, where I would meet my new self all over again.

Every week we need to present an original song based on a requested format. Composing the first two songs consisted of a standard song-writing process. I ‘’birthed’’ them after much tries, as usual, but argued with none of it. I accepted the melodies that came out, and sharpened them till each one sounded polished. But by the time the third composition came about my old self crept in and I fought with the song for a whole week. I had the verses and no chorus. I sat at the piano in room 8 and punched at the keys, as I sang my heart out. Honestly, I wanted to cry. The notes simply refused to cooperate into the pattern I planned for the climax of the song.

And then 7 days later, I blurted out the chorus in one shot.  Just like that. It did not sound anything like I intended it to be but I didn’t dare argue. I didn’t argue because I had come face to face with myself and I knew it was time to listen.

I was always been that girl who knew exactly what she wanted, where she was going and how she was going to get there. So little scares me. I have what you call an overdose of guts.

But guts have a short lifespan when they function alone.

Guts scream DO while intuition whispers BE.

Intuition is that soft voice that just feels too soft to listen to. We like a car with a muffler, drowning a soup with croutons, Times Square…mmm the lights.

But the child settles in the heart and whispers for ages, waiting to be heard. Perhaps the chaos of the teenage years is just the clash of cries from the soon-to-be adult and the passing child, begging not to be torn apart from each other.

We must not leave the child in us behind only to survive in pictures and albums, so that we can smile yet frown as if to say ‘’I miss those days’’. Childhood is not a stage. It’s a perspective imperative to our journey through life. To love, to forgive, to forget….to listen to ourselves a little bit. To try to remember what makes us feel true joy. To pursue what makes us feel our soul; what makes us come alive.

I might have continued running in circles for the next 80 years of my life if I didn’t stop cutting corners. I just wanted a challenge, and music came easy to me, so if life was meant to be easy, I can assure you I made it very hard for myself. I ran round and around, only to land straight back into my own mold. Click. Ah. A perfect fit.

One of the very first things I learnt in music school was the difference between noise and pitch. Allow me to mess with your free spirit for a moment. It will blow your mind if you tune in for just over 3 minutes. In very short, I quote the basics from physics.info

Music represents order. Noise represents disorder. Music is the rational. Noise is irrational. The difference lies in the focus.

We hate to be confined by limits and rules because we look at our limits instead of that vast space in between. That very space where the magic happens. Crawl back into yourself  and dare to relax till you hear the melody of your intuition.

The journey is ours to experience. But our gift is different. It has everything to do with us, yet nothing to do with us at the same time. We long to fit in, to be understood, to make our own voice heard in the noise of today, to be special and not simply lost in the crowd of millions of other humans.

We just have to stop looking around. The address we’re looking for has been ringing its own doorbell since the day we were born. Right inside our own bodies and into our soul. That one place in the world that can be occupied only by you and your G-dly light. Where the light both, keeps you warm inside and illuminates everything around you.

We are not souls trapped in a body. We are soulful bodies.

A man who blows into the flute without truly understanding its build, the specifics of its paths and the grandeur of its seemingly flawed holes, will be quick to blame the flute for trapping his oxygen…..

But the man who recognizes the flute for all of what it is, will voluntarily breathe his essence into it and grace the world with music, the way only he can.