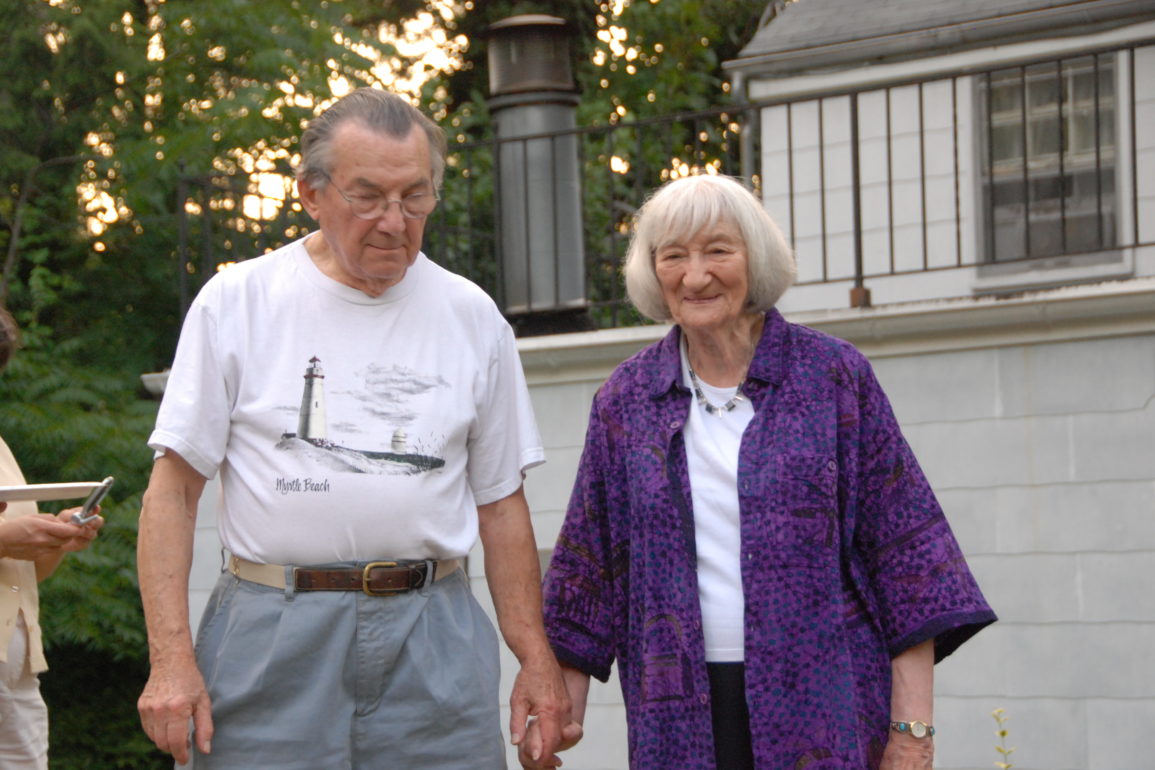 I Want To Be My Awesome Jewish Grandparents

I was recently at a family party where I had the zechus to see the 90-year-old brother of my maternal grandmother, and the 90-year-old brother of my paternal grandmother. I had sort of forgotten about my grandparents. I mean, it’s not like I had actually blocked out the memories of them, but I just haven’t seen them in the flesh for years. I had forgotten what it actually felt like to look at my grandmothers’ faces, and then I saw their brothers and I remembered.

It kills me that my grandparents all died while I was in transition. I want to hang out with them now, and I want them to play with my baby and meet my husband, and I wish they could share what has become a very good life. They would love my baby and my husband. I want it for them as much as for me.

I’m not sure if it is universal or just my experience, but I think it might be universal: Grandparents bring out what’s good about you. They see what is good and they either don’t know about, or shut up about, the rest. Whereas my parents were always excellent at extracting information about how much I was f*cking up as a teenager and in my early-and-mid-twenties, my grandparents only wanted to know the good things. The bad things were not important to them. They didn’t want to know. They acted like they had no idea what a procrastinating, insecure, narcissistic, reckless person I was. They all died before I became a tolerable person, or so I think. Around them, I was never as bad as I was in public. I don’t know if they knew how screwed up I was; I tried not to show them. They never really let on, if they knew.

I grew up around my maternal grandmother (her husband, my maternal grandfather, died of a heart attack three years before I was born) and my paternal grandmother and grandfather. We lived the next town over from all of them, and since they got along with my parents we spent a lot of time with them. Their homes and spaces, and by that I mean the tiny and overstuffed stationery store that my maternal grandmother owned and my grandfather’s cavernous, grungy calligraphy studio in downtown Boston, were more interesting, more exotic, and way less anxious than my parents’ house. My parents are great people, and they have all the shtick that even great people have. I’m not saying that I didn’t grow up in a good home; it’s just that my grandparents’ homes and spaces were always a respite from my very goal-oriented and college-bound life at home.

My grandparents let me help them without being afraid that I’d mess up. My parents, as most parents are, were always ready for me to mess up. I remember, as a teenager, helping my grandfather with a big order of certificates. He set me down at a drafting table in his studio with a gold leafing pen and showed me only once how to fill in the big letters on the left side of the page with gold leaf. He looked at my work once, and then left me for the afternoon to sit in silence coloring in his certificates with gold leaf. He never checked my work the whole afternoon. My grandmother, who owned the stationery store, left me working there alone from the age of thirteen. She showed me how to use the manual credit card imprinter and the analog cash register, how to cash in and cash out, and how to fill in the log she kept. After that she’d just look at the log at the end of the day and say, “Good!”

I think children, and especially teenagers, need space and silence and people who share their values with them but aren’t really looking to raise them well. They didn’t care if I didn’t get into college. While my own parents knew how competitive it was to earn the privilege of getting into a school that cost $30,000/year and in no way guaranteed anything but a diploma, my paternal grandmother assumed I would get into Harvard. I knew I wouldn’t get into Harvard. I didn’t have the grades or the SAT score to get into Harvard. I was the classic example of the kid with a high IQ who didn’t apply herself and also didn’t give a sh*t. I was distracted and depressed for most of high school, and I didn’t try hard enough. I coasted on natural ability and spent more time writing poems and feeling alienated and doing aimless things than I spent actually studying. I had nothing that Harvard would have touched with a 10-foot stick.

But my paternal grandmother thought I was Harvard material. It was an inflated picture of who I was, and I remember it annoyed me at the time because she didn’t seem to know how shitty a student I was and also how prone to spacing out and forgetting important names, dates, and times I was. She didn’t know about the time I almost landed on a sleeping baby who was under the monkey bars at the splintery playground, and how I had run away from there ashamed while my friend disgustedly said, “You almost killed a baby.” My grandmother didn’t know about the time that I acted like an obnoxious fool at summer camp. I wonder if her picture of me was more or less accurate than the one I have of myself.

My parents had to deal with the nuts and bolts of getting me through teenage-hood, and they did as well as anybody could have. I mean, if I had a sullen girl with grandiose ideas about art and life who hated school and hated herself, I’m not sure that I could do a better job than they did. I was pissed at the establishment while eating the establishment’s grilled cheese sandwiches. I didn’t make it easy for them.

Somehow my grandparents didn’t seem to fear for my demise like my parents did, which is why they were sanctuaries to me as a teenager. Kids need someone who thinks that they are OK the way they are. Kids need people to trust them. Kids need to feel useful and helpful. I wish I could be the way that my awesome Jewish grandparents were to me, but to everybody. They all had the quality of appreciating people on the margins. They didn’t seem to mind if people were inefficient, or unrealistic, or lived with their heads at 50,000 feet. They all liked people because people were interesting. As parents to my parents, they surely had their weak spots. But that’s not how I knew them, and it’s not how they knew me.

Photo by Mike Goren/Flickr Creative Commons. They are not my grandparents.