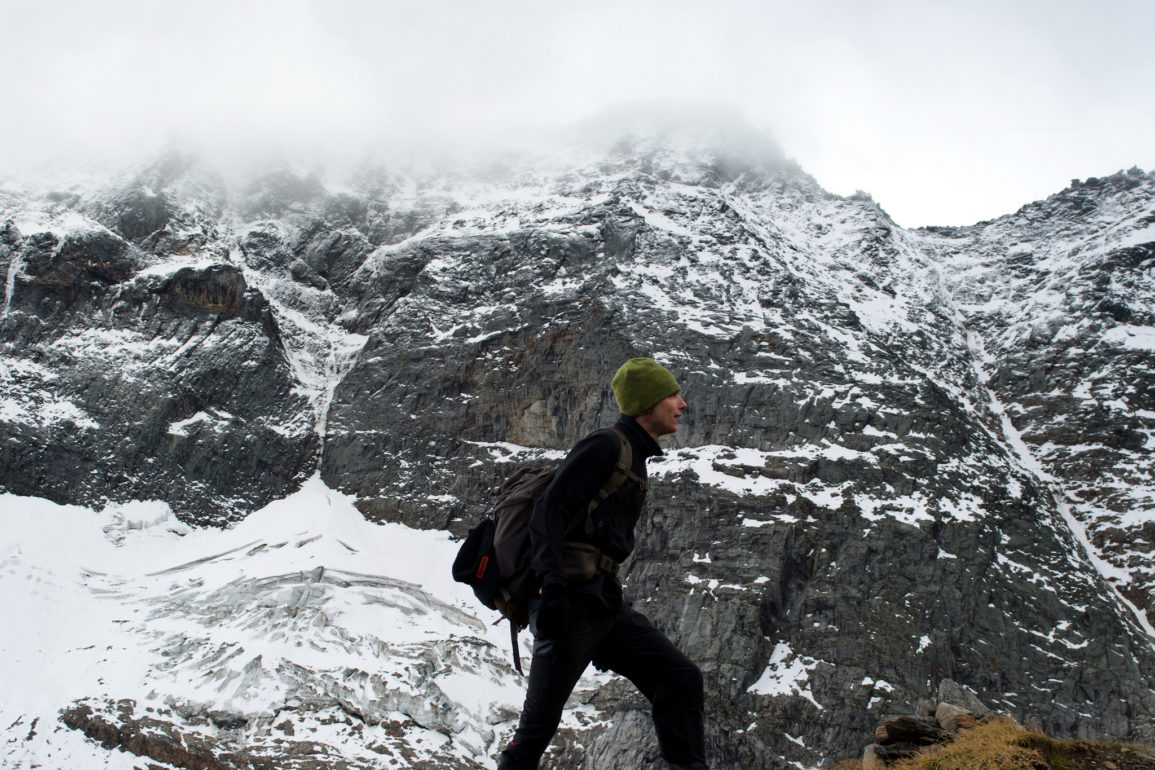 A Lesson On Polarfleece For Chassidim

Baalei teshuva get reminded of our backgrounds1 in the most obscure ways. Here’s one example that’s coming up a lot recently: Chassidim do not understand Polarfleece.

I wear a Patagonia R4 “fleece” in the winter, which if you’re Chassidish (and if you are reading this, there is a good chance that you are) and you have never heard of Polarfleece or Patagonia, the Patagonia R4 is a jacket. It is currently out of production, but you can still find it on the Web. Here is how Snowshoeing Magazine describes it:

“Simply put, Patagonia knows its fleece. The R4 jacket gets its name through the use of Patagonia’s R4 fabric that’s windproof, warm and stretchy. R4 is an improved Polartec Windbloc polyester that has a windproof laminate between a high-loft exterior and an R2 grid interior. While invoking Star Wars-like names, the R4 jacket certainly has a “coolness” factor that’s hard to ignore. For snowshoeing, it’s an excellent choice for mildly cold days and nothing beyond freezing.

The R4’s high-loft exterior gives it a soft, furry texture. While many competing brands offer a high-loft fleece jacket – fashionably popular nowadays – few incorporate fabric technologies and essential features for snowshoers. Beyond just providing perfected warmth and fashion, the R4 jacket integrates sonic-welding and micro-stitch technology on the zipper seams. In other words, the R4 has a thoughtful zipper that’s sleek and not bulky.

For snowshoers, the R4 is a wise choice for leisurely snowshoe outings. Day-trips on the open trails where the sun is still shining but the cold air plays a more prominent role are ideal for the R4. When the conditions are bitterly-cold, you’ll notice that frost can easily build-up on the high-loft fleece, which is a sign that the fleece is doing its job as a breathable fabric.

In my opinion, the R4 should be combined with a shell when it’s far below freezing. As it requires, you can shed the shell if it gets too warm. However, I wear the Patagonia R4 as an everyday jacket when I’m going to and from the office. It just works best for everyday situations, on and off the trail.”

As a resident of Brooklyn, NY, my outerwear needs would be described as, “an everyday jacket when I’m going to and from the office.” On extremely cold days, I wear my Patagonia Synchilla Snap T fleece pullover underneath it, which I have had for 19 years2 and is still functional, though getting threadbare in places.

The number and frequency of reactions that I get to my jacket have become humorous. I have been approached with genuine concern umpteen times in the past three seasons of wearing this jacket. A smattering of expressions of concern I’ve received:

When pressed, and this is usually when the other party has a look and tone that says, “I’m so sorry that you can’t afford a coat. Should I try to find one at a charity store for you?”, I tell the person not to worry. “It’s a high tech windblock fleece. It’s as warm as a coat.” When they really don’t believe me, I have to get down to brass tacks. I say, “It’s a $300 jacket, but don’t worry — I got it for $60 on eBay.3” Even that does not assuage their concern. They give me looks of pity as I take leave.

1. I grew up in an epicenter of prep, Marblehead, Massachusetts. This is a place with five yacht clubs, one of which I waitressed at the summer after my freshman year of college. (I only dumped clam chowder on one person that summer.) In the preppy world, Polarfleece is as common as having two ears and a nose. Although I always prided myself on not fitting in there, the truth is that I totally fit in — I was just more miserable doing so. My experience as a teenager would have been better if I would have relaxed, chugged a beer, and joined the sailing team. My parents would have laughed, “She loves the water so much. We just can’t keep her off that boat,” instead of, “She won’t stop shaving her head. We should send her to a therapist.” Hindsight is always 20/20, eh? I’ve learned in my old age to take advantage of the fun things that are indiginous to any place — there’s no sense in trying not to fit in. I’m better off accepting my eccentricity and enjoying what life has to offer. Being obsessed with not fitting in, at least for me, had more to do with hating myself than with actual differences from other people. It kills me that I grew up in the sailing capital of the northeast and limited my boating to one windless month of Park & Rec sailing camp. The only thing I have to show for that month is that I learned that a sailboat will capsize without its centerboard, and I have bragging rights to having swum in the pre-cleaned up Salem Harbor. ↩

2. According to Lisa Birnbach in True Prep, which is the sequel to The Official Preppy Handbook, the fact that I have been wearing the same Patagonia Synchilla pullover for 19 years and have had it repaired twice gives me major preppy street cred. Also, everyone I grew up with went to college, and mostly to small liberal arts schools and Ivys. Even I did — I did my first year of college at Smith — but in true preppy spirit I took time off to be a ski bum in Crested Butte, Colorado and then transferred to U-Mass. When I went to Israel to do teshuvah, I took the day pack that I bought in Ouray, Colorado, where I had gone a few months earlier for one last soak in the hot springs and one last hike in the mountains. It should also be noted that even though I went to public school, via camp I knew kids who went to Trinity and Spence, and I once rode home in the way-back of a Volvo station wagon from a Blues Traveler concert. I even went to a Phish concert in a Volvo sedan with kids from the local prep school. It was on one of those car trips that I heard the memorable and extremely preppy line come out of a boy’s mouth: “Dude, community service for you is packing some other kid’s bowl.” ]↩

3. People of the apple-cheeked, outdoor-adventure-seeking, well-read, and thrifty variety of prep, as characterized in Dar Williams’s song “Flinty Kind of Woman“, never pay full price for anything. They’ll (we’ll) tell you how little we spent on something. We are different from the one-percenters who wear pink pants and plaid jackets and hang around drinking on tennis courts. Not that they (we) don’t play tennis. We just aren’t douchey about it. The good preps row out to their sailboats; the douches chastize the launch driver for being late.]↩

Photo of a man hiking in a Patagonia Polarfleece jacket by Michael Pollak/Flickr Creative Commons.