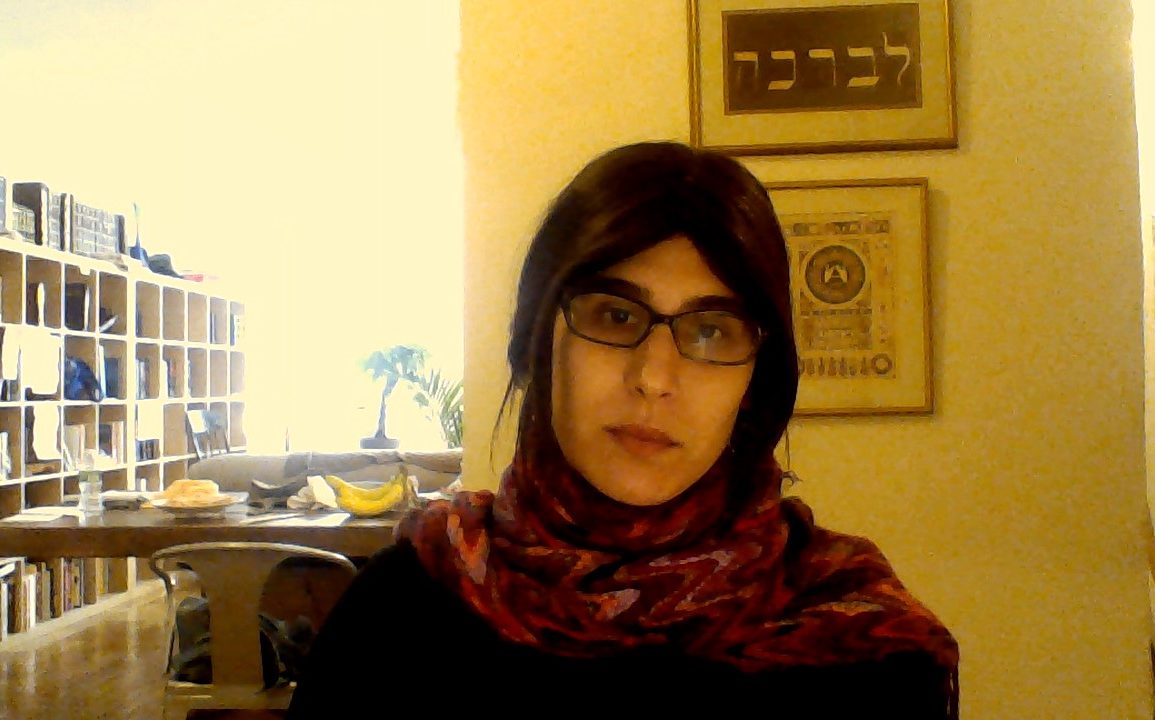 A couple years ago, I met with a literary agent from a nice Manhattan literary agency who basically told me that he sees dollar signs in my writing. He wanted me to send him a book proposal because according to him a book in which I write in a pretty uncensored way would sell. I never wrote the book proposal.

One would think that I would have written the book proposal. But as soon as I started writing it, I pictured all the backlash to the book: People on the Internet would gang up on me. They would dig up details from my before-teshuva past, and they would delegitimize anything I said in the book by saying, “This is really who she is.” I saw it coming because it has happened before. I saw it coming in a bigger, worse way and so I didn’t write the book.

I was sick of introducing myself to ladies in Crown Heights only to be met with eyes of disdain and the phrases, “Oh, I know who you are” and “Oh, I’ve heard of you.” I avoided using my last name when introducing myself. We got uninvited from Shabbos meals at the homes of “proper” Chassidim who had us over before I opened up my big mouth. A semi-prominent rabbi in the community quietly suggested to my husband that I was not the right wife for him.

I took a break from writing anything but work-related stuff for the Internet (for years I have been working as a Web writer/editor/publisher). I was sick of being trolled. I was sick of Googling my name and finding online forum discussions about me. I had only published a handful controversial articles, but the ones I had published seemed to elicit such huge and negative responses that I wanted out.

I wasn’t sure when I’d come back. I thought about writing for print only. I published an essay in a print anthology, Jewish Daughter Diaries, during my Internet break, but I’m not sure if anyone read it. A few people asked me where I had gone, and I was honest with them: I couldn’t deal with people on the Internet.

Then Elad contacted me about writing for Hevria. I was scared of getting hate mail and death threats, but Hevria seemed like a unique opportunity to write with pretty much total creative control. The lack of non-Jewish/secular-Jewish editors who really didn’t get my perspective and only wanted to use me for page views was attractive.

I ignore the fact that my uncensored opinion writing gets way more positive responses than hate. For everyone who has sent mail to my house, dumped garbage on my front lawn, gone on CNN (literally) to disprove my points and my validity, obnoxiously and repeatedly at-mentioned me on Twitter, and on Facebook called me names that a dignified person cannot even repeat, there have been thousands more who were like, “Thanks for saying that. You’re right. Right on.” Many people have told me that I am funny, that they enjoy reading my essays because of how they are written. That’s awesome that people think my writing is funny (glad to know it amuses more than myself), but it comes with consequences. From Dorothy Parker to Lindy West, female humorists take, and have always taken, a lot of flack. Being a Chassidic, Zionist, feminist female humorist is having a target in the middle of my forehead with the words “Throw rotten tomatoes at me” blinking in red neon lights.

If I sound somber in this essay it is because I am. Internet hate seems to be the predictable response to doing anything interesting. I know what is interesting and what is not because I also work quietly at my current day job (and previous day job) and I see that I can publish all kinds of tame stuff over there and the Internet does not care a whit. It all slides under the radar, just more pages, more content, more words in a vast matrix of phrases for Google to pick up.

I’ve been holding back on Hevria. I’ve tried to troll-proof my writing over here. I am admitting that. You’re not getting the whole picture, the full skill-set, the real real. I feel bad about it because some of my fellow writers are taking real risks. I’ve been chickening out.

It is real that you need to watch what you say when you live in a fishbowl. The crossover between Internet hate and real-life hate is what really shook me. The threats to my marriage and people sending emails to my employer when I published What Women’s Media Needs to Know About Chassidic Women (lack of hyperlink to that article intentional) were, to say the least, depressingly disruptive. They also lasted for a lot longer than I expected. Nothing dies on the Internet. I still occasionally get messages about that one stupid article from three years ago, which I was only paid $50 for. Fifty lousy dollars and it almost ruined my life.

I am nobody around here. I have no yichus. I’m not rich. I’m just a loudmouth who came out of the woodwork one day. I IY”H plan to raise children here, and I do fear for how my future children will be treated at school if I would really write. My husband is a Chassidshe guy who works very hard and is incredibly sincere in his avoda, and I don’t want to embarrass him. I don’t want people at shul to look at him and say, “Oh, you’re married to that woman.” We don’t live in a utopia.

Shulem Deen called me a “new happy and worldly Chasid”, which fits. People like me are in the minority in the Charedi world. We’re real, we have valid opinions, and there are more and more of us surfacing every day, but we’re still outliers. I am an outlier because I am pretty traditional in real life. I’m machmir about a lot of customs and Jewish laws. I don’t fall into the modern crowd of Crown Heights, but I also carry around a pretty heavy load of secular political/historical perspectives (as well as loudmouth-ness) for a lady in black tights. I don’t feel socially isolated, yet I do understand why people could not believe that I actually exist. I exist in a pretty rare liminal space. It is one that I have had to carve out for myself, and learn to be at peace with, and I’ve done that because eliminating either side of myself would be spiritual death.

But man, the Internet is a rough crowd to play to. You know that scene in The Blues Brothers when they’re playing in the redneck bar behind a chain link fence and all the rednecks are throwing bottles at them? That’s pretty much what I prepare for whenever I publish.

It would be really pat and pretty for me to end this essay by saying, “Well I’m done with all that — I am going to just let loose and really write from now on.” That works in the movies but not in real life. In real life, I have to live under the black hat of Brooklyn while maintaining a Twitter account and earning a living and IY”H hopefully raising children. Being a radical Jewish humorist and also a normal Chassidic lady don’t fit together like a horse and carriage. They fit together like a horse and an angry bull.

But in the spirit of who I am I will close by saying this: I’m not in danger of frying out. In the past few years, amidst all of this, my hishkashrus has actually grown. I’m a lot more comfortable being Chassidic than I used to be. I have a better relationship with G-d and with Chabad Chassidut than I used to have. I hate my shietel less and less. It is fair to say that I am more happily entrenched in this life than when I first opened up my big mouth. I feel whole and wholesome and normal. I am the happiest I have ever been.

For instance, the issue of agunot and of who is or is not witholding gittin from their wives is quite hot right now, and surprisingly I haven’t written about it. I’m not going to write about it until I have consulted with more than one halachic authority on marriage and divorce. I’ve deemed that it is not worth inflaming the Internet if I’m not sure of what I am saying. I think I owe it to people who take the time to read my essays to write from a place of truth and confidence. I can’t write truthfully or confidently about agunot and gittin until I’ve done more research. Once I know what to say, I guess then I’ll feel better about letting it rip. Is that maturity, or is it fear of backlash? I’ll let the Internet decide. They will anyway.