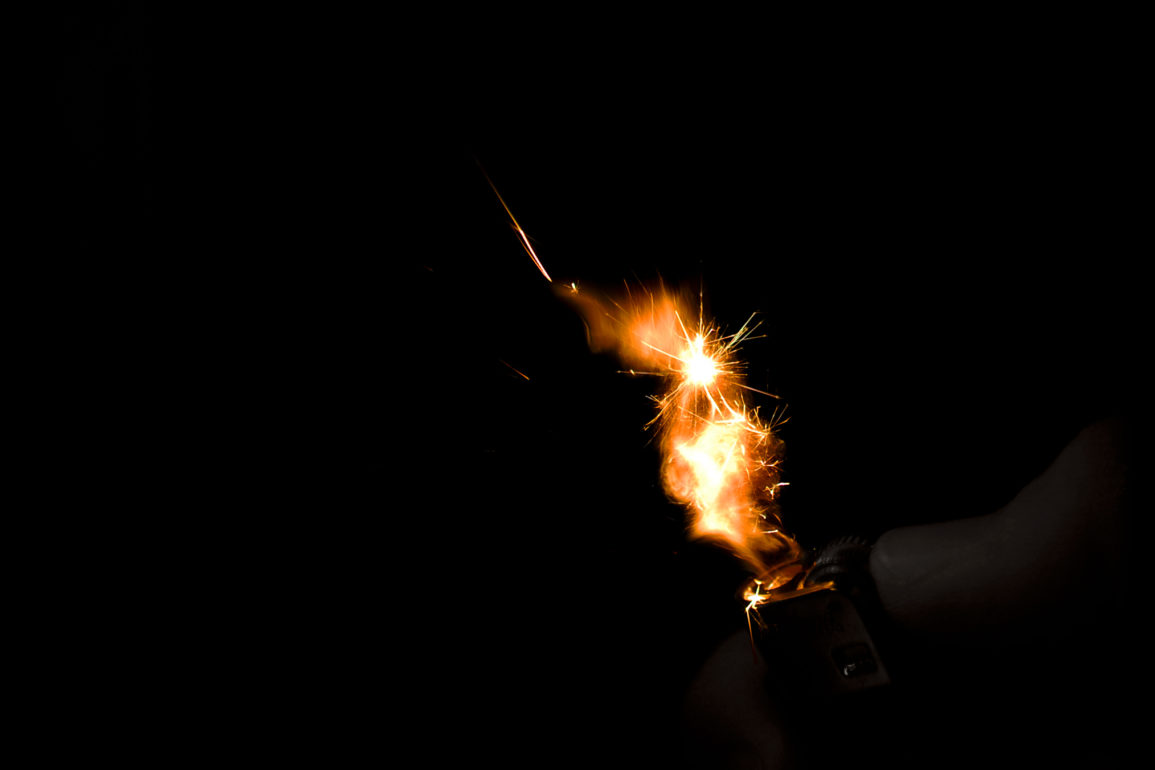 A Spark of Light in the Darkness

Their car was filled with 7 members of the Litman family. They were on their way to the Shabbat Chattan in a town called Metar for their daughter Sarah-Tchiya’s groom, Ariel Biegel.

A Shabbat Chattan, also known as “ufruf” usually takes place on the Sabbath before the wedding. The Groom (Chattan) has an Aliya to the Torah (ufruf), in Synagogue on Shabbat morning and after his Aliya, the community or congregation celebrates the upcoming wedding. Every family has their own customs. On the same Shabbat, the bride (kallah) has her own party (forshpiel) usually at a different location, depending on the family’s customs.

As the Litman family drove towards Metar from Kiriyat Arba, they were attacked by a terrorist. Rabbi Ya’akov Litman and his 18-year-old son Netanel were both shot to death. Sarah-Tchiya’s mother, Noa, and four siblings (3 sisters and a brother) were also wounded during the terror attack by shrapnel from the resulting crash. According to Noa Litman, an ambulance from the Palestinian Red Crescent (like Red Cross) was on the scene before Magen David Adom (Israeli ambulances) arrived, but drove away without assisting them.

I have a personal connection with the Beigel family. I moved to Metar, with my parents, in the early 1990’s and my parents have lived in Metar for over 20 years. Rabbi Beigel officiated at my wedding to my husband nearly 15 years ago and Rabbanit Henya Beigel was my Kallah teacher. We’ve celebrated and shared many simchas with the Beigel family, who are known for their devotion to learning and teaching Torah, chessed (kindness), and ma’asim tovim (good deeds).

Rather than celebrate their upcoming wedding on that Shabbat almost two weeks ago, the Litman family, with the support of the Beigel family, and thousands of Israelis, waited for the funeral after Shabbat when they laid their husband/father and son/brother to rest.

“Father, where have you gone? I wanted you at my wedding, who will walk me to the Chuppah now?” asked Sarah-Tchiya. “What a good father you were, so many students you had. Even when you were feeling unwell, you always went to school to do God’s work.”

Immediately afterwards, Noa, Sarah-Tchiya, and her family began to sit Shiva and continued to sit Shiva on the scheduled date of Ariel and Sarah-Tchiya’s wedding. The wedding was postponed until this Thursday, November 26th.

The Nation wouldn’t allow their wedding hall to remain empty even as Noa, Sarah-Tchiya, and their family  were sitting shiva, for their, husband/ father, and son/brother. Kindness inspired by Rabbanit Orli Veitzman and her students from Ulpenat Tzvia high school in Kochav Yaakov organized an evening of spiritual awakening with famous speakers and singers. Over 1000 girls and women poured into the wedding hall to show love and support for the young couple, Ariel and Sarah-Tchiya, and the Litman and Beigel families.

From the Shiva house, Sarah-Tchiya extended an invitation to “all of Israel” to come and celebrate their wedding on Thursday night – from 10:30pm. Out of the darkness Am Yisrael (the Nation of Israel) will bring a spark of light to a beloved family who witnessed the murder of husband/father, Rabbi Yaakov Litman z”l and son/brother Netanel Litman z”l (of blessed memory). May this spark grow and shine upon the family and (soon to be) newlyweds, Sarah-Tchiya and Ariel Beigel and may they build a Bayit ne’eman b’Yisrael!

Over the past month, Israel has experienced nearly daily attacks by terrorists by knife stabbing, rock throwing, automatic gunfire, shooting, car-ramming, and even stabbing with scissors. As Israelis, Jews, and supporters of Israel around the world mourn the loss of precious souls taken too soon by the evils of terrorism, life does go on. This week, we prepare for the Sabbath Torah Portion, parashat Vayishlach (Genesis chapter 32).

In Parshat Vayishlach, we continue to read about our Forefather, Yaakov (Jacob), and the endless challenges that accompany him throughout his life.

He was a simple man of God who lived his life as a humble and great man even through terrible tribulations. He committed his heart and soul to serving God and working hard. He was forced to slave away 14 years of his life in order to finally marry his beloved, Rachel.

As a father, he suffered the kidnapping of his daughter and spent many years mourning the death of his beloved, Rachel, and then the disappearance of his son, Yossef (Joseph).

Yaakov fled from his brother, Eisav (Esau) who was intent on murdering him. While it’s obvious to anyone reading the text of Vayishlach that Yaakov’s life was full of heartache and very dark days, our Nation is named after Yaakov!

It feels as if Yaakov’s life journey is the mirror of Israel throughout history and today. His struggles symbolize and provide hope for the Nation of Israel.

In Vayishlach, Yaakov overcomes yet another battle – with the angel and is rewarded with a new name: Yisrael (Israel), and when he comes face to face with his evil brother, Eisav, he is only armed with gifts and his beloved family members. Yaakov shows honor to Eisav by bowing down to him 7 times and showers him with gifts and Eisav lets go of his goal of killing Yaakov.

Jacob remained alone, and a “man” wrestled with him until daybreak. The “man” saw that he could not defeat Yaakov, and he touched the joint of his thigh. Yaakov’s hip was dislocated from wrestling with him. And the “man” said: Let me go for dawn is breaking. Yaakov said: I will not release you unless you bless me. The “man” said: What is your name? He said: Yaakov and the “man” said: Your name shall no longer be Yaakov rather Israel, for you have struggled with God and with man and you have been victorious. Jacob asked, and said: Please tell me your name. The “man” said: Why are you asking for my name? And he blessed him there. And Yaakov called the place Pniel (God’s face): for I have seen God face to face and my soul was saved. (Genesis 32:25-31)  We interpret that the “man” was no mortal but an Angel.

Into the light, Yaakov gives birth to his new name, Israel!

Yaakov’s strength and unwavering faith shines like the light that guides the future Nation of Israel for thousands of years to come. We may learn from Yaakov’s life journey that God is always with us even during the darkest days. Though His miracles may seem hidden in the crippling and painful darkness, He never abandons Israel.

I’m humbled and enamored by the unwavering faith that we’ve witnessed by the Litman and Beigel families. During their darkest days, while sitting Shiva for their beloved husband, father, and Rabbi, Yaakov Litman z”l, and young son, brother, and brilliant student who volunteered for MADA (as a medic) wanted to go to medical school, Netanel z”l, they thought of encouraging the Nation of Israel! With complete and pure humbleness and generosity they invited all of Am Yisrael to come and dance and celebrate their holy marriage at their wedding on Thursday, November 26th, 2015 – from 10:30pm.

With love and faith, the Nation of Israel finds joy and with complete faith in Him, we are even able to thank God for the darkness, because without darkness, there can be no light.