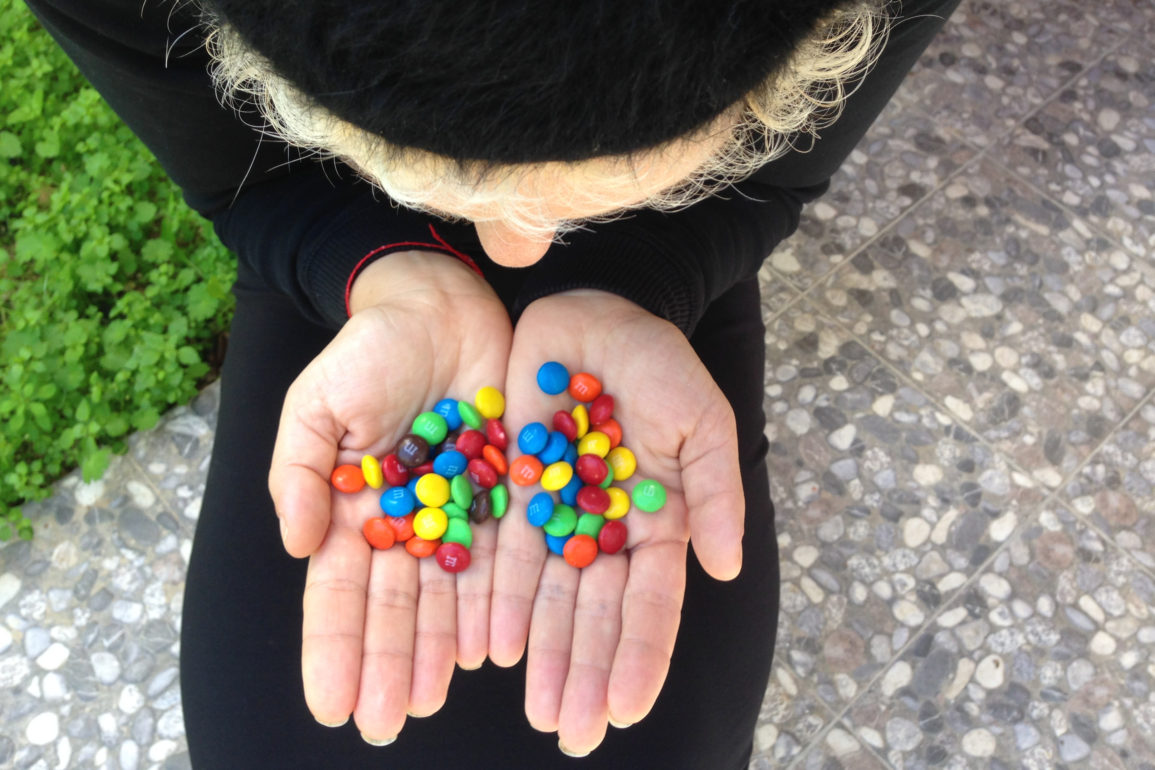 From birth until the age of 12, I was raised as an assimilated American Jew. I only learned of Israel’s existence when I started Jewish Day School in the 8th grade. We had the unlit house at Christmas time and my brothers and I were the only kids without Easter baskets; how I longed for those jellybean filled eggs and marshmallow Peeps! At public school, I was the nominal Jew, the one in a sea of White Christians, a handful of Native Americans, El Salvadorians, Mexicans, and two Black kids. My family seemed to stand out in the small towns and Reservations we lived on.

Now, I speak to you from the Capital of God, Israel, the Holy Land, the celebrated birthplace of all Abrahamic religions: Judaism, Christianity, Islam, and officially in Israel, Druzeism, and the Bahai Faith. My mind is engaged and my heart is pulled thin and yanked in every direction in response to racism and terrorism against Israel and Jews worldwide, genocide of Christians in Arab countries, white cops killing unarmed Black men, riots and strife in America, and more and more color and religion-based hatred around the world. Crazy times invoke crazy needs and crazier deeds.  We’re about to ring in 2015, and it’s difficult to lock down focus or maintain an audience from start to finish. The phenomenon of Going Viral and Meme-spiration come from some fanciful places like tiny little chocolates covered in colorful candy that have been around since 1941.

I rarely share internet memes, those phrases typed over iconic imagery which include irony, pop culture, or some other revelation. Recently, I was inspired by colorful chocolate candies by virtue of an M&M meme with the following phrase on top: Prejudice based on skin color is like favoring one M&M color over another. Every M&M is made of the same thing and arguing that they’re not makes you look very stupid. Over the years, M&Ms have tried on a variety of shades and colors and those rainbow colored milk chocolates that “Melt in your mouth, not in your hand” remain on every respectable candy shelf in 100 countries around the world. I’m psyched by the core of M&Ms, not the colors.

I grew up in Sayville, NY, on Indian Reservations in New Mexico and Arizona, in a prison town called, Lompoc, CA,  in wine country Santa Ynez, from age 12 in Orthodox Los Angeles, and from age 15, in melting pot Israel. I was, “The Jew,” even before I knew anything about Judaism. I knew I was Jewish and that meant I was different, wouldn’t wear a cross or go to church, and felt uncomfortable singing, Silent Night, in my school Christmas show but I didn’t know much else. The only Jewish thing we did was light Chanukah candles and sometimes we had a Passover Seder. People always seemed to know; like Jewdar (radar for Jews). As a child growing up in some not-so-Jewish towns in America, it seemed like Jews were basically circumcised deviant Caucasians whose grandparents had either escaped or survived the Holocaust and made it to the Promised Land, USA.

Though we weren’t religious, my parents instilled in me that all people are created in God’s image and respecting our differences just seemed like a given. I remember being fascinated by the body builders featured on the posters on my dad’s workout room wall. Some of the big muscle men were black, some were white. In the late 70’s, we lived on the San Carlos Apache Indian Reservation in Arizona. My normal was being the only Jew living amongst Indigenous People with unique culture and traditions. I was 4 years old when I asked my dad about an oiled African American muscle man in a majestic flexed pose. “Why is he brown?” I asked. My dad told me that he’s Black and his ancestors came from Africa. I remember innocently asking, “Why is he called, Black? His skin is brown not black.” My dad explained that that is what Black people want to be called and I said that White people aren’t really white, they’re pink so they should be called, Pinkies, and Black people are really brown so they should be called, Brownies, and my dad said, “Don’t EVER call a Black person a Brownie!” That was my inauguration into the world of political correctness and when I first realized there could be offense attached to skin color and categorization. My dad was teaching me about respect and social rules and I learned of our earth’s oppressive truth. The truth is there’s no harmony in respecting our differences if we won’t internalize what makes us the same and embrace our human kinship.

I’ve written about this before on my personal blog, Mama Bla Blah. The whole world has cancer. I’ve been in this Cancer Club for two and a half years. I’ve embraced a wider circle of friends and a new role. Cancer is a part of me that I’m still learning to live with. I don’t know if cancer is an epidemic but it seems like it’s everywhere. Almost everybody is affected by cancer or had it or might have it, and if not, their mother, grandmother, sister, cousin, or aunt had/has it. We blame it on the cellphones and the pollution, obesity, alcohol, fast food, chemicals, coffee, radiation, and even the red M&Ms.

Almost a year ago, I participated in a women’s retreat with an organization that supports people with cancer. For three days and two nights, I disconnected from my life and connected with 80 women, each on a journey with cancer. Most of the participants were Ultra Orthodox along with a sprinkling of traditional or non observant Israeli women from at least 10 different cities across Israel. When I first arrived, I was nervous. Who would I share a room with let alone common ground for more than small talk? The workshops were intense. We also enjoyed music, dance, lectures, and some comedy. A few hours into the retreat, I found myself being hugged and hugging back. I danced with a secular widow, who lost her only son, until both our cheeks were wet with sweat and tears. I connected with an older woman from a long line of Chassidish ancestry and she opened herself to share her story. My roommate was an immigrant from Ethiopia and we laughed together in our pajamas and one night she cried in my arms. I became absorbed in the stories of strangers. Beyond the layers of clothing, and the accents, and the cancer, we are just people. Of course we all have blood, sweat, tears, and souls. Cancer may have brought us all together but it soon leaves us to our own devices. Experiencing love and unity with strangers is something that gives me so much strength and hope. When I came home from that retreat almost a year ago, I promised that I would find a way to take this Cancer Journey Lesson and make it contagious.

Cancer sends me into places and situations I never would have had the chance to go. In June, the organization, Tishkofet, invited me to speak at a multicultural conference of medical professionals and counselors, including men and women from the Palestinian and Arab sector, about happiness and faith during a life threatening illness. Again, I found myself moved by the power of my cancer journey. I’m excited to be able to participate in another retreat for cancer patients and survivors next month. This time, with a multicultural group including Jewish, Christian, and Muslim women. The world is full of conflict and segregation. In Israel, we live in close proximity to enemies who seek our destruction. We live in sheltered communities separated from different cultures and religious sects. There is fear and animosity towards those who think differently, dress differently, pray differently. We are divided and we have no common ground, no place to meet, and maybe no desire to do so. I ask a very controversial question, is God Himself providing the reason and the venue? I know that the suggestion is risky but we cannot ignore the fact that cancer is, by far, the fairest equal opportunity provider.

Speaking opportunities and retreats are CPR for my soul. One gift that cancer gave me was a renewed view of humanity. As soon as we begin to share stories and experiences, we can create new history together. I believe that we are supposed to live, love, interact, and share. It’s the only way to bring peace into our homes, our communities, and our world.

On the eve of 2015, I am seasoned enough to know that world peace isn’t made with memes or candy but I will try to share what my Cancer Journey is teaching me and I’m sticking with the colorful and sweet M&Ms Theory of Humanity.