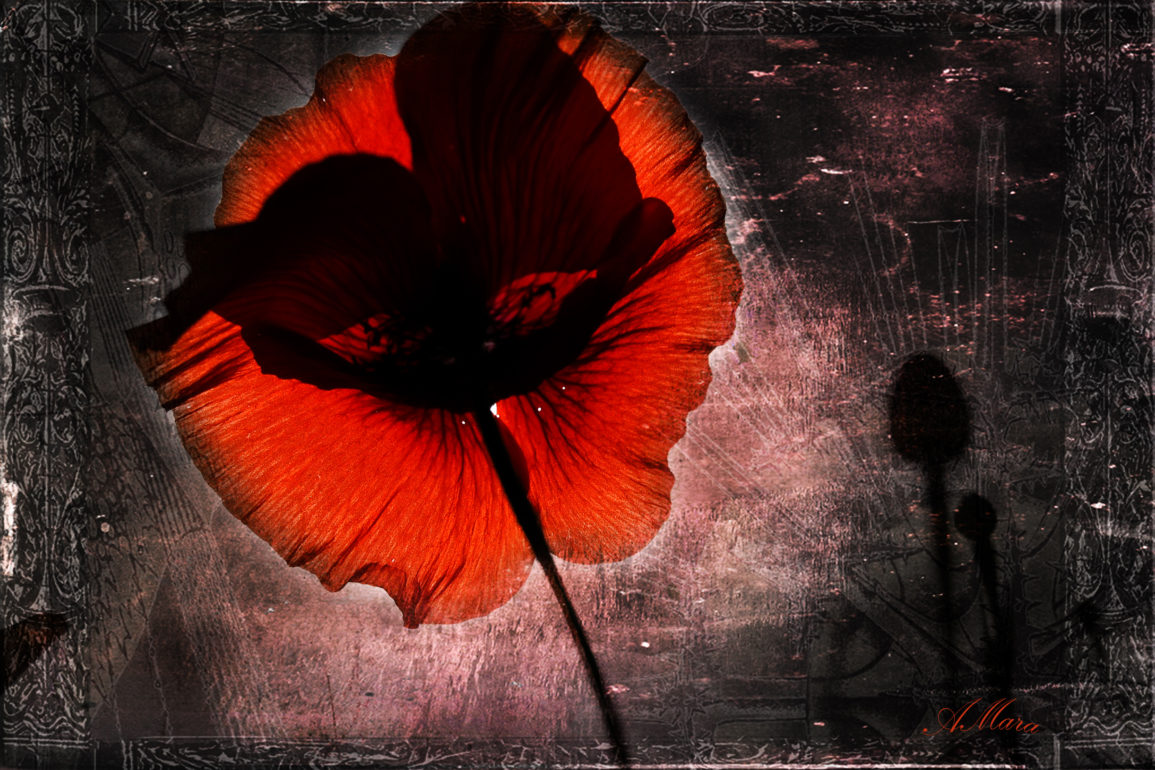 My parents never sat me down to talk about what happens between a husband and a wife behind locked doors. Never an explanation of how babies are made. Never a conversation about how our bodies transform during puberty and why suddenly the boys on the other side of the mechitza sparked my interest… why eye contact with them seemed illicit, yet exciting.

No, none of that.

You could say there was something decidedly dichotomous about my childhood. Strict Middle Eastern parents and all the cultural taboos that come along with that (No boys!). Strict yeshiva schooling with all the firm boundaries that come along with that (No boys!) Yet still, in our home, we were not completely shut out to secular influences. I was an obedient child of 1980’s TV. We watched an occasional TRL on MTV.  (One time I stumbled upon this movie, The Bachelor Party, on cable. I prayed fervently for a month to forget the image of the scantily dressed, dancing girls at the pool party. I just couldn’t shake it off.) I often stole a glance here and there of my grandmother’s favorite soap operas on daytime television.

Even with all the rules and boundaries, an insulated childhood was not mine.

I remember watching a late night TV one time with my mom… I must have been 14 years old. One of the talk show guests was describing some sort of sexual escapade, an activity I had never heard of before. “What’s she talking about, Mom?” My mother froze. Visibly uncomfortable, she paused, looked at me and said: “You’ll find out when you’re older.” I got the message, loud and clear.

So no, there was never this fuzzy moment over hot chocolate and warm cookies where my mom had the talk with me about “the birds and the bees.” (I don’t blame my mother for this. She’s wonderful. I doubt her mother spoke to her much about the topic, either.)

Surely, we never spoke about such things in school.

Yes, we learnt all the laws surrounding modesty- usually as it related to the exacting laws of modest dress. Yes, it was implicitly understood that as we got older, we would have less and less contact with members of the opposite sex. Of course, there was no touching, whatsoever. As for conversations, maybe a word or two could be exchanged at the water fountain, but surely no more than that. Yes, we’d learn about yichud (laws prohibiting a man and woman who are not married or immediately related to be alone together) but it was theoretical- an elevator or car ride the most likely assumed scenario. Yes, there was a teacher here or there that would refer to ‘intimacy’ and its potent power and holiness. And yes, there were some classes that were offered as we neared ‘marriageable’ age, like the one I took at Stern College (where else?), that reviewed the intricate laws of taharat hamishpacha (laws governing sexual practice for married couples). Again, discussions centered on laws.

But never any conversations about what actually happened during ‘intimacy.’ Never any talks about what is normal sexual development or what constitutes a healthy physical relationship. No chats about our changing bodies. No dialogue about appropriate ways to tackle heightened sexual interest or arousal. Surely never any discussions that centered on abuse, rape or molestation.

I mean, no one was engaging in such behaviors anyway, right? So why talk about it?

In my time as a video editor, I worked for three years on a documentary called Can’t Touch This. The film followed a number of individuals and couples, observant and not, and their practices around premarital sexuality: namely, whether or not they were shomer negiah and adhered to the laws that governed touch between members of the opposite sex. (According to Jewish law, one is only able to touch someone with whom they are immediately related or married.)

Working on the film, we interviewed all sorts of people. College students who were regularly hooking up, had a number of ‘friends with benefits’ and the like, but complained of feeling empty and depressed… Yet others who were seemingly content engaging in lots of casual sex.

We videoed couples who abstained from any touch while dating, who reported a greater sense of clarity and meaning in their relationships… Yet other couples who did not touch but were very confused: perhaps their feelings for their beloved where in fact sexual attraction, disguised as love?

But the interviews that moved me most were those with teens who had attended yeshiva. Teenage girls from observant homes who confided with us how they lost their virginity while still students at yeshiva, keeping their sexual relationships a secret from their parents and teachers. The encounters regularly started as seemingly innocent friendships or flirting, but quickly progressed to much more, going from 0 to 60 mph in seconds like a well-oiled sports car.

For me, those interviews were the hardest. It was so painful to see how many of these teens and young adults did not ‘get’ the natural progression of relationships and rapidly went from seemingly innocent behaviors to ones physically and emotionally dangerous. And the most tragic part, they had no opportunity to explore these fundamental experiences with those closest to them, like their parents or teachers. In their minds, engaging in any sort of sexual activity shut them out from belonging to the community. They behaved like outsiders. They were out there, in the Land of Physical Intimacy, without any guidance… With no real road map.

We are living in a world of where our children, even the most sheltered, are aggressively exposed to sex and sexuality every single day. Magazine ads. Billboards. Pop music. TV. Internet, Facebook, YouTube, Instagram, Twitter. Sexualized female characters on video games… I mean, the days of Who’s the Boss and Family Ties are over. The PG rated films of today were likely rated R when we were growing up. There’s absolutely no hiding it from our kids. We cannot look the other way or expect the perfect moment to magically appear in the weeks before their impending marriage.

The only question is- why are we passing up on the opportunity to be the first and primary source of information about sexuality to our children?

Why, as schools, are we relegating these important conversations to the hallways? Why are children being expelled for using the words penis or rape? Why are we afraid to talk about the nitty-gritty of physical intimacy along with its exalted, real holiness? Why are we communicating that there’s an inherent contradiction between boundaries and pleasure?

And for me, most importantly: Why are we forcing our children to hide? Why are we pushing them out to learn something so individual, vulnerable, special, sensual and important as sex?

I’m not suggesting there’s a clear-cut answer. But surely, we can create a safe, positive space for our children to learn about physical intimacy- and their sexuality- that still respects their modesty. Surely, we can sensitively talk to our children about lovemaking in a manner that celebrates it’s inherent holiness and power, while still allowing them to ask questions and show curiosity. And we can most definitely listen to our children’s thoughts and questions without judgement and fear- rather, we can encourage openness, reverence and trust.

Am I being too ambitious?

I can imagine all sorts of conversations I wish I had with my parents, with my teachers.

But I’m looking to the future. And I believe it’s time we revolutionize how we educate our children about physical intimacy- and their sexuality.

So I’m going to start with mine.

Here’s some of what I will tell my children, one day soon.

Hashem created you, your whole body. Every part of you has a special purpose… every feeling a special place.

Babies do not come out of our stomachs.  They come out of a wondrous hole in a woman’s private place that opens up specially for the incredible task of giving birth.

Sex is beautiful. It’s special. But it’s also weird. And awkward. And not always so natural… And that’s ok.

I am forever here for you. Nothing you could do would ever make me think or feel less about you.

There are many reasons why we separate guys and girls from a young age. For one, friendships between boys and girls are iffy. You might think a guy is your friend… But he may still be sexualizing you on some level. And that’s not to say he’s immoral or perverted…. Because sexual tension between guys and girls, between men and women, is normal. It’s actually a good thing- but that doesn’t mean someone has to act on it.

No one ever has the right to touch you in any way that makes you feel icky or unsafe. Ever. And if they do- please tell me. I will absolutely protect you.

Sons: Respect yourselves. Treat others with dignity. Honor and admire every woman as a unique person, with a wonderful inner world. No person is as an object to be defiled in any way.

Daughters: Respect yourselves. Treat others with dignity. As beautiful as you are, on the inside and outside, you are not an object. Your body is a vessel to be nurtured and loved, at the right time with the right person. Do not objectify yourself or allow others to do so.

There’s a reason why we guard ourselves from sexual activity before we marry. Every touch does leave its mark- on our bodies, hearts, minds and souls… But there is no such thing as damaged goods.

Your wedding night will be awkward… It’s ok to go slow.

Something holy can most certainly still be pleasurable. It’s not a contradiction.

You always have a choice. Always.

Education starts young. It’s time to be proactive. Let’s engage our children in one of the most important journeys of their lives.