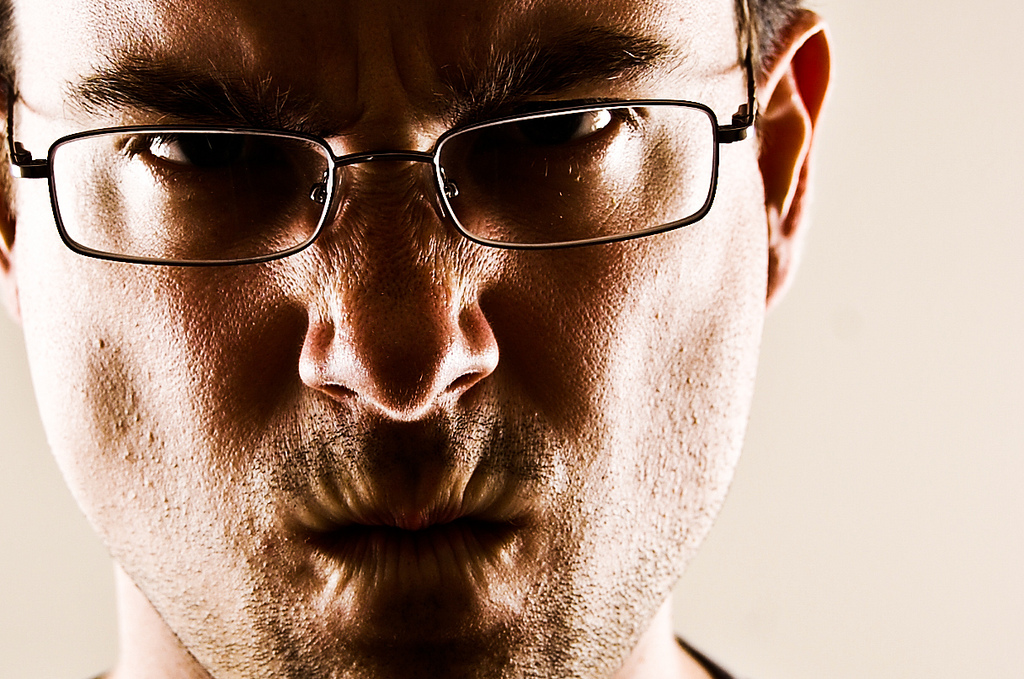 What I Learned From The Man Who Yelled At Me

I learned an important lesson while taking a beautiful morning walk down the main road of a Jewish community in a non-descript European country this Shabbat. Gleefully enjoying the brisk morning air, I strolled down the road sipping a comforting cup of hot coffee. And then it happened.

I saw him from afar, shaking his head in disgust as he approached me. I could already see what was coming.

“Unacceptable! That’s not what the eruv was built for!” he exclaimed, once he had arrived within a conservative enough distance for this unsolicited verbal assault.

He was referring to the fact that I was “carrying”, a Jewish prohibition on Shabbos. Recognizing the pragmatic pitfalls of such a prohibition impeding the quality of Jewish lives, the Rabbis of the Talmud enacted a leniency called an eruv that allows Jews to carry from domain to domain. Always a controversial local topic, the authority of this particular eruv is adhered to by many, though not all members of this Jewish community.

“Shabbat Shalom!” I greeted him. Still holding my tallis (Jewish prayer shawl) and cup-o-joe in my hand, I politely inquired, “there is an eruv in this city correct?”

“Yes, for your tallis but not for that, just to walk down the street drinking a coffee, unacceptable!” he retorted, still shaking his head in dire abhorrence as he passed me on the street.

I turned around, watching him trail off into the distance. “Shabbat Shalom!” Emotional Intelligence (EI) is not a trait most of are endowed with from birth; certainly not me. Wikipedia pegs this acquired skill as, “the ability to monitor one’s own and other people’s emotions, to discriminate between different emotions and label them appropriately, and to use emotional information to guide thinking and behavior”

EI is something that I have worked very hard on cultivating. I would like to dissect my thought process after this Shabbos morning encounter, in hopes that we all may learn a lesson from the often-cacophonous diversity of life experience thrown our way.

My first reaction to the verbal accosting was undoubtedly anger. Now, I am not an angry guy, but even the most delicate of us experience this trait welling up in our chest from time to time. The verbal accompaniment inside my head was, “How could he, what a chutzpah! And not even wishing me Shabbat Shalom, just to straight out lambaste me, what is this?” Then I brought Gd into the picture. “Hashem, what’s the deal with this holier-than-thou Jew? As if Your true goal is to have people verbally be-rating each other on the street?” This type of cerebral/emotional discourse is frequently our “default” reaction to challenging situations.   It is borne out of the brain’s “first responder” to fear, known as the Amygdala. These tiny glands in the temporal lobe effectively “highjack” the central executive center of our rational brain, causing us to react with a “fight or flight” instinct. Often times, our cognitive integrity never recovers, and we are stuck in resounding reaction to the fear-inducing threat.

However, when we train ourselves to become mindful of this process, we stand a fighting chance of regaining psychological equilibrium. We can flip the situation on its head, transforming stress and anger into compassion and intelligence. My ensuing thought process:

“You know, maybe this guy is a real Tzaddik. Maybe he is generally exceptionally sensitive in social communications. A real sweetheart. Perhaps it was his burning love for Hashem, and his passion to see Hashem’s mitzvahs fulfilled, that caused him to over-ride his normal propensities and make a statement for what he believes is true. Wow, what courage. I wish I had that.”

Because we can all learn a tremendous lesson from this man. For me, the life lesson was that sometimes, our emotion desire for soothing and serene political correctness bribes our sense of right and wrong. Sometimes, we have to speak out, even when it is difficult. We must embody truth in all our ways.

Was I wrong to carry the coffee on the street? According to Jewish law, no (as far as I can determine). Was it socially out of context for this community? Perhaps, and I hurriedly finished and disposed of my coffee, humbly accepting that possibility.

Either way, I am happy to have learned a powerful life lesson of learning from each and every person. I am also happy to have overcome my fear instincts, and embraced the latent goodness in this fellow Jewish traveler.