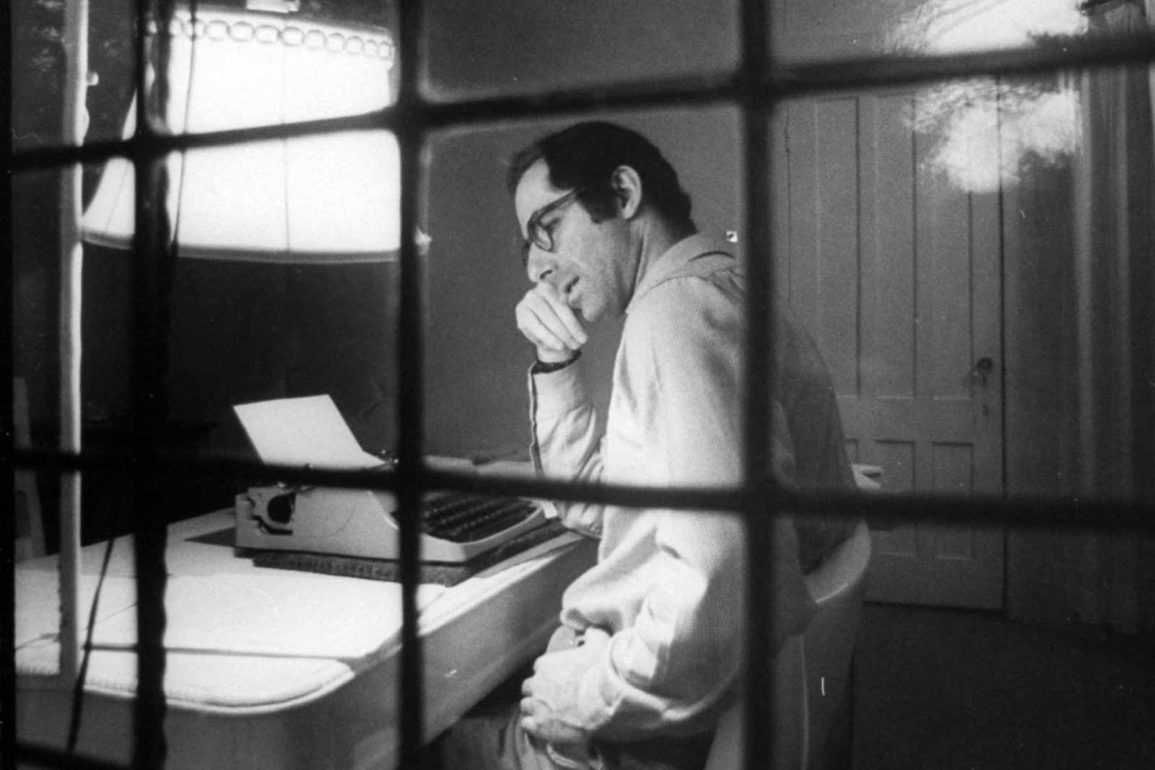 I sat at the glass coffee table with colored markers and index cards making cocktail flashcards while my father read the Newark Star Ledger, watched the New York Knicks, and quizzed me.

“Cuba Libre,” he looked up from the flashcard.

“Dark. Four ounces of Coke. Third of a lime.”

“Right,” he nodded, placing the flashcard at the bottom of the deck.

It was my last college spring break and I was spending it at bartending school preparing for post-graduate employment at the Jersey Shore. I stayed with my father who lived nearby. In exchange for breaking bread and evenings in front of the television, he paid for bartending school and loaned me a car… the same beat up 1965 white Mercedes, with the rusted-out holes beneath the pedals that we’d been using in this father-daughter barter since I was 17.

We called it quality time.

When I was ten, the deal was every other weekend. By middle school, it was Sundays after Hebrew School. In high school, it was dinner once a week. When I turned 17, it was soldered into the Mercedes, we had dinner and I got to take the car. It was our divorced father and daughter dance.

In college, he called me every Tuesday at 7:30 a.m. before the overnight phone rates went up. Also new to the deal, the car trips to and from Mount Holyoke. With intermittent stops at McDonald’s and complaints about the traffic through Hartford, we talked for four hours in his silver Lincoln Town Car. Anything I was studying or cared about was game. I was under the, perhaps naive, belief I could teach him things and I was still open to the things he could teach me.

“Wend, look at this,” my father said looking up from the Star Ledger. “Philip Roth will be at Seton Hall Wednesday night.”

He handed me the paper. In celebration of Philip Roth’s 60th birthday, Seton Hall University was hosting a reading of Patrimony.

It was against a burgeoning feminist multicultural backdrop that I oddly spent significant academic time with another old white man: Philip Roth.

I first discovered Philip Roth in a Literature of Ethnicity course. From the outset, I was drawn to his earliest work by a vision of my parents in the pages. Roth was born and raised in Newark in 1933, my parents a year earlier, in nearby Bayonne. Tight-knit, Jewish communities. Jewish, but not religious. Quietly desperate to secularize, fit in, blend.

While the U.S. fought the Nazis a continent away, they knew too well the anti-Semitism that resided at home. At the community pools they couldn’t join, at the schools they couldn’t attend, in the neighborhoods they couldn’t live in and in the professions they couldn’t fill. Though they didn’t complain much, they were chased home from school by kids throwing stones and calling them “kike.”

A fan since Goodbye, Columbus, I bought my father Patrimony, Roth’s most recent book about the life, decline and death of his father, Herman Roth, for Father’s Day the year before.

With a quick call, my father cancelled his standing tennis date.

The next day as I was mixing pretend drinks, in crept mixed feelings. Could I share the personal, intimate, space that Philip Roth occupied with my father? Did I want to? It felt risky, but at the same time I couldn’t ignore the profound feeling that my father knew this thing about me. I had the sense he wanted to be there with me, to witness it. It felt good to be seen, to be known by him. In this barter-exchange-deal-agreement relationship of ours, this moment was without payment.

Wednesday night rolled in quickly, as did the second snow storm in less than five days. In harrowing conditions, my father drove us up the Garden State Parkway to South Orange in the Lincoln. We arrived to a packed auditorium, made more so by puffy winter coats and dripping snow boots.

As we jockeyed for seats, there at the podium he stood — tall, striking, handsome, bushy salt-and-pepper hair, with eyebrows to match. Philip Roth dressed in khaki pants, denim button down shirt, no tie, navy blue blazer.  And snow boots.

I was struck with the realization that this man who wrote, not just about the American Jewish condition, but also about male sexual desire, the author I was attracted to by way of his writing and characters, was the same age as my father, seated right next to me. Philip Roth could be my father. Though swathed from head to toe in winter wearables, I had an uncontrollable urge to cover up.

We were quickly caught up on Herman Roth’s health. His condition, initially thought to be Bell’s Palsy, caused his mouth to droop. As a result, his speech was slurred. When Roth reached his father’s first spoken words, he placed his hand on his cheek, holding it down as though it had drooped, forcing a slur in his own speech. Speaking the lines just as his father had, “Well…what do you think?” He released his cheek, continued reading: “Those were his first words, even as I bent over to kiss him.”

My eyes filled with tears.

Roth’s sadness and anxiety about his father’s slurred speech–how he hears it first over the phone, then experiences it in person–are palpable in the writing. But to see him, hear him, act it out was astonishing.

After only a few minutes, I was on the edge of my seat. With the occasional glance to my side, I could see my father, sitting tall, riveted, felt the same way.

It came to an end too soon.

Though the snow had stopped, the roads were treacherous, which made for an especially slow quiet ride home. I started to doze when my father broke the silence.

“Why couldn’t I have a relationship like that with my father?”

“What’s that, Dad?” I asked, half asleep in the passenger seat.

I looked over at him, his right hand on the wheel, left hand resting on his thigh. His eyes straight ahead. My father seemed to be looking out into the winter night, to the stretch of road ahead, for answers.

“What do you mean?” I asked, even though I knew what he meant.

“We spent so much time together. We had breakfast and lunch together every day when he worked in my office after he retired. We went to the Y, just like they did. But we never talked like that.”

“What did you talk about?”

“Politics, current events, business. We never talked about how we felt.”

He paused, bringing his left hand to his mouth in a way that reminded me of the way Roth brought his hand to his face to imitate his father. My father had a nervous habit of biting his cuticles.

We drove the rest of the way home in silence.

Even today, when I remember that ride home, I am flooded with a mix of wonder and sadness over who this man, my father, would have been had his relationship with his own father been different. Would he have walked differently through this world, if seen and heard by his father? What kind of father might he have been had he felt more connected to his own?

Having experienced that kind of closeness with both my parents–though also fueled with dysfunction–I knew what he was missing. While I could muse endlessly about my father’s failings, at that moment, during that exchange I saw evidence of something more, something deeper. In that moment, what he had with me was something he couldn’t have with his own father. Despite that void in his own life, he created it with me. And that was something.

I wish I could have found the words to say, “Look at us, though. Having this conversation.” Filling in the cracks in my voice, I might have said, “Look at you, telling me your feelings, sharing this with me. Sharing this evening with me. That’s something, Dad.”

Maybe he would have reached across the bench seat and put a tender hand on mine.

“Maybe I’ll write about it someday,” I might have assured him.

And he’d give my hand a knowing squeeze.

Philip Roth died on May 22, 2018, six months and one day after my father’s death. Patrimony had rested on my bedside table since I returned home from a week of shiva sitting. And there still it remains.