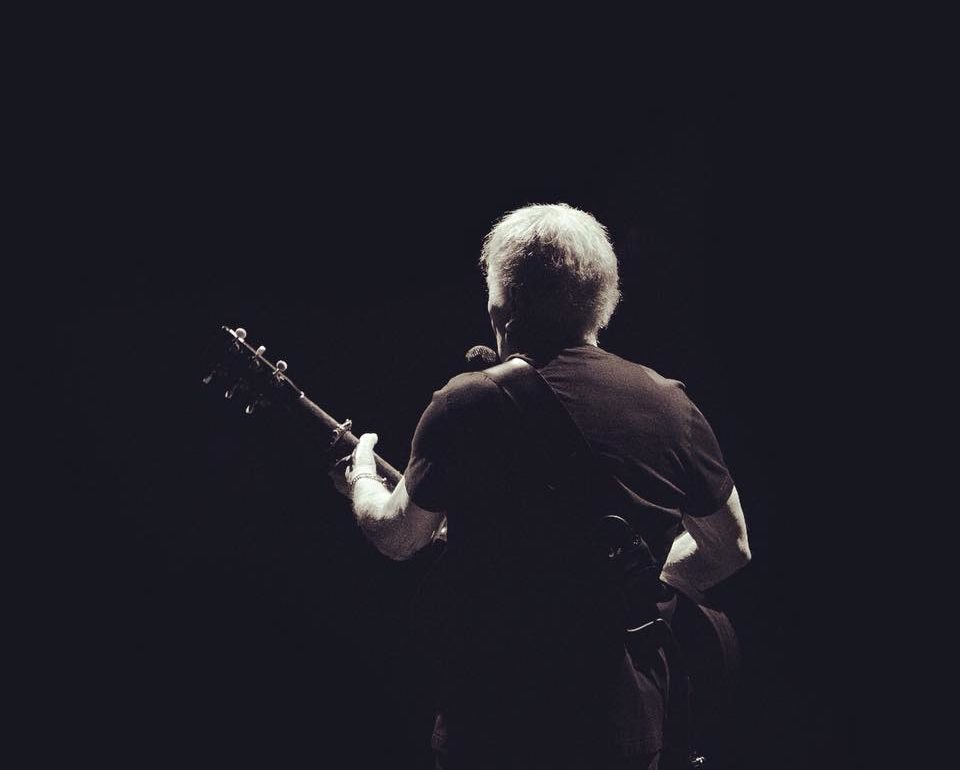 Can I Be Haredi And Love Paul Simon?

If someone would have told me that I’d be listening to Paul Simon again as a grandmother, I wouldn’t have believed it. Years ago I loved him, really loved him… as if he were a boy who sat next to me in homeroom.  I squirreled my babysitting pennies to buy his albums. And I dreamed about him in my bed at night.

Then I became a Haredi. I put away a lot of things: my jeans, my  miniskirts, and Paul. In time, I married and became a mother and my life’s soundtrack shifted to the Marvelous Middos Machine, Uncle Moishy, and Rebbe Alter.

So how is it that I find myself still crazy for Paul after all these years? I thought I’d gotten over him, but then a news item about his farewell concert brought him back into my consciousness.

I began watching his videos, both songs and interview clips. Then, one lonely winter night, I downloaded Robert Hilburn’s recent biography, the authorized one, nearly 400 hundred pages of Paul Simon. I could hardly put it down. When I reached the last page. I downloaded the other equally bulky bio Peter Carlin’s Homeward Bound.

It was as if I was getting a Phd in Paul Simon, but this wasn’t just fangirl fluff.  Aside from that unfortunate shoving match with his current wife, Simon has led a life full of lessons.

Just look at him, wrinkled, thinning grey hair in full view, still performing and innovating, risking failure and sometimes failing badly, and he’s even a nice guy… perhaps not a supermensch, but certainly someone with a menschy streak. Both bios report that Simon overpays his  musicians and even picks up their doctors’ bills.

And his music, it’s so beautiful, but so what?

So what?  Now the conflict entered… I am Haredi. I live in a Haredi community and my two youngest sons attend mainstream yeshivas where secular rock is anathema.

But my sons are both musicians.  I had to introduce them to Simon, or did I?

When I asked Chava, my go-to friend for thorny parenting issues for advice, she frowned, her wrinkles cutting deeply into her face.

‘You can’t play them that.”

“Making love in the afternoon?” “Couple in the next room?” “Smoked myself a j?”  The problematic lyrics wafted through my mind. Chava had a point.

Then I asked my friend Shainy . She smiled. “My father loved his music.”

Shainy was Boro Park born and bred and her father was a rabbi. Chava was a convert.

How could I not play them Simon? My sons already knew I was listening. Whenever they opened Youtube his clips popped up. I had to be real. Hey let your honesty shine shine shine.

Late one night, I gathered them round my computer.

“This song is amazing, but the man who wrote it married three goyish women.” (My warning label.)

Predictably, both sons rolled their eyes. Then I played Bridge Over Troubled Waters. The piano riff, Garfunkel’s high notes, the poetic lyrics,  I was flying without a kite.

Neither of them returned to it. They weren’t born at the right time, but last night they both downloaded Shulem Lemmer’s cover of Billy Joel’s Piano Man and I even caught one of them humming it. There’s no accounting for taste.

These days my Paul Simon fever is on the back burner.  When “Obvious Child” appears on Youtube, I no longer click play. I don’t have the time or headspace to listen. Life has gotten in the way. My mother-in-law is unwell. She can’t talk. She can’t be read to.  All that’s left is music. I know she likes classical, but which composers? I try to second guess her taste, often failing badly.  .

“If I get into Savta’s situation, I want you to know what to play me.” I tell my sons.

Dedicated it to the memory of my mother in law Esther bas Eliyahu Avraham (Esther Ungar).