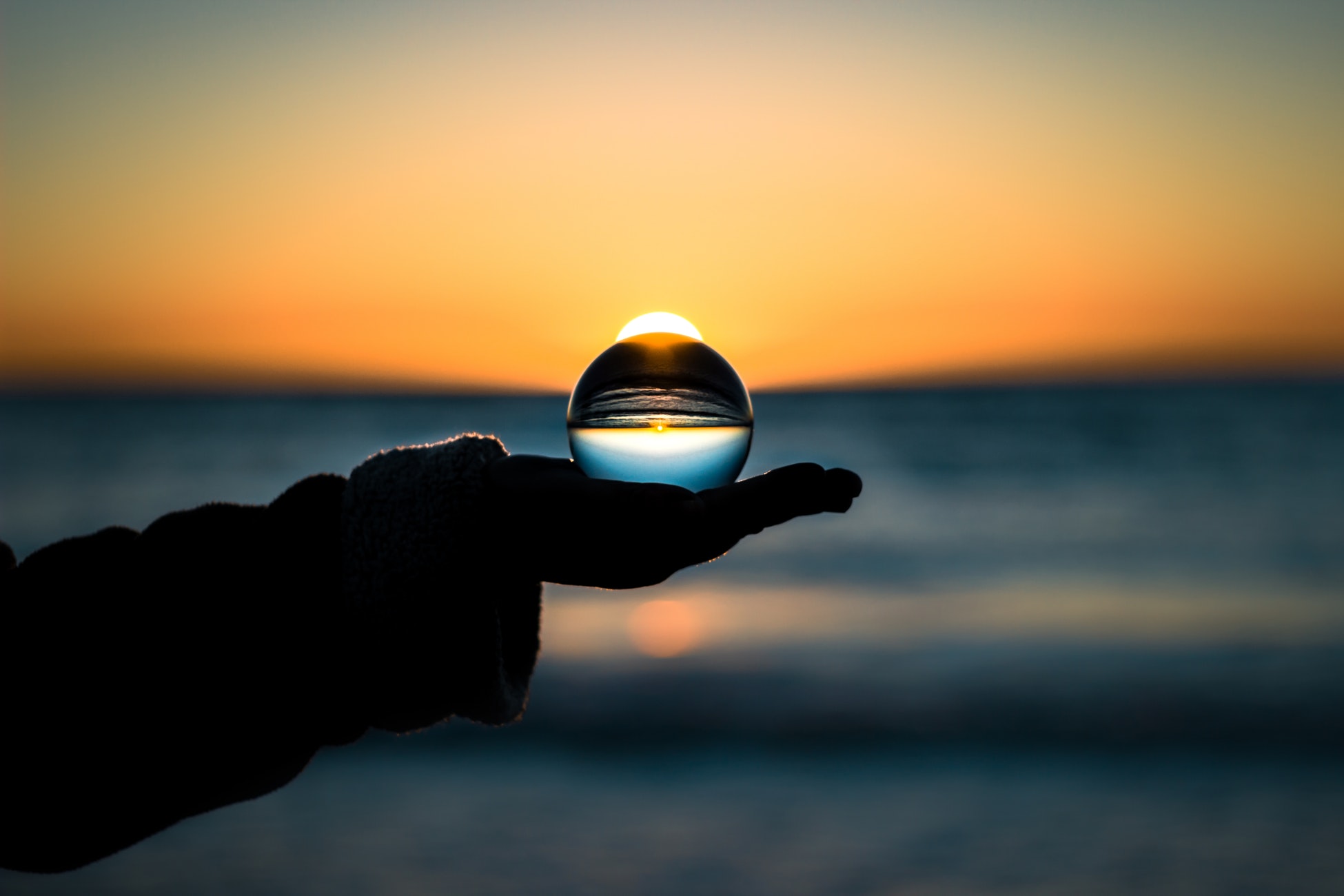 My recent past has been intriguing. No huge adventures: no trips to far-flung locales or weekends with groups who can claim rare wisdom or enlightenment. But I sure have made some discoveries just hanging out here in Cambridge, MA and surrounding spots. I feel brighter, bolder, and more aware than I did just a few short months ago. I’d love to share some of that with whoever might be reading. So… here goes: pieces of brilliance gleaned from people and experiences, just from hanging out, both in the “real world” and online. Yes, even hanging around in your pajamas, sitting in front of the computer, can offer insight if you bring the right openness to it all. Enjoy, learn, and be open to expanding your sense of the good, the true, the right… and maybe even The Ultimate.

•••There are women who become gravely offended when you suggest that some people have gotten professional boosts because of sexual energy. Why? Different reasons. Some think they are gorgeous and can’t help how they look… and, as one woman expressed it, they don’t want to dim their own lights. I don’t know, I just found that whimsical and glorious and deeply, shockingly funny all at once. Not every woman walks around feeling insecure about her body and the kind of impression her physical self evokes. Not by a long shot. Some have confidence that rivals proud warriors or even supernatural beings.

•••While we’re on the subject of bodies, some prepubescent boys will feel a gut-level, soul-screaming pain if you tell them you think their green eyes are cool, or that their curly hair makes you smile and think of your brother as a child. If you tell them they’re handsome, they might cry, and if you call them cute… honestly, don’t call them cute. Just don’t do it.

•••There’s something to be said for the microwave, and for restaurant leftovers. Food snobs out there: believe me, I hear you. I just bought a microwave for the first time. Knowing it was waiting on a shelf in my kitchen, I felt emboldened to order something that might be too much for one sitting in a nearby Chinese restaurant. Indeed, it was too much. Rather than stuffing myself (bad) or leaving the tasty stuff behind (sad)… I tried something new. I asked the restaurant people if they could pack it up for me to take home. Of course they could! Nearly everyone around me had made the same request. For once, I was in the loop.

With a combined sense of adventure and trepidation, I warmed up both dishes in the microwave today. Both the steamed vegetable dumplings and the… um… the other tasty food item: one that many Hevria readers might not find particularly likely to enrich the Jewish soul. They were good! The less-than-holy item was both juicy and crisp. The dumplings were moist and flavorful. I remembered to ask for sauces, and they complemented the food just as well the second time around. I don’t see myself making a frequent habit of eating leftovers. But… today was a new kind of journey, and I anticipate repeating it occasionally.

•••It’s possible for a mouse (the computer kind) to be possessed, or to have some kind of strange consciousness. I’m telling you: it’s true. I have seen my mouse jump up from my desk. Yes, jump. And no, my hands were not anywhere near it. Nothing was near it except the mousepad beneath it. It has happened several times.

The question, of course, is whether this hints at some kind of deeper truth. Is consciousness more widespread than most of us think? Can technology reach into some mysterious realm that most human minds cannot access, a realm that animates it with a force that our minds cannot experience without the help of an intermediary, even a simple intermediary like a little Apple mouse? Apple calls their product the Magic Mouse: it’s a wireless companion to their wireless keyboards. Maybe their chief engineers are actually mystics, and they’re alluding to a kind of holy magic, or, God forbid, black magic? I’m not sure. But if you had seen that little white piece of plastic jump off of your desk, you, too, would have some pretty serious questions. Trust me.

•••You know that women’s solidarity thing that people talk about? It’s actually a sham. I mean… maybe not always. I’m very open to the possibility that, sometimes, this actually works out well. I’ve even heard of cases where it has: people who have benefitted from professional or spiritual or just plain fun and social women’s groups. I guess I’m just saying that I’ve never experienced it. Sometimes, it’s worked out OK for a while, but, eventually, I realize: the simple fact of sharing female anatomy and/or identity does not, in itself, create much of a bond. My only times being ganged up on, left out, and kicked out, at least in explicit senses, have happened with official all-women’s groups. All that lovey-dovey, we-are-here-to-support-each-other stuff always seems to blow up and out at some point.

Maybe it’s me. You know what? It probably is. To fit in with women, maybe you have to be a woman-like woman. The kind of woman whose life hinges on actual woman-like problems and issues. What do I mean by that? I don’t even want to hazard a guess, since I am not one of those women, and I don’t want to get some new group of woman-like women riled up.

Don’t get me wrong: men are no better. My issue, really, is that I’d love to find some group where I belong, and, in theory if not totally in practice, I am a woman… so I have searched down that particular path. Time to give that up, I think. Maybe I’d fit in with some nice group of fuzzy caterpillars when the weather gets warmer and I can hang out by the river. Maybe they, like my Magic Mouse, would have a line into some kind of dimension that I’d love to get in touch with. Unlike my mouse, caterpillars are alive in the classic sense. I know that sounds crazy. All I’m saying is: you never know. Caterpillars may be easier to bond with than a bunch of human women. They would know that I am not like them, and that they are not like me. Maybe that’s just what I need.

•••While we’re on the subject of gender and not fitting within it, no matter who you are and how much you dislike standard categories that box people in, there will always be someone, somewhere, who will claim that you — yes, even you — reinforce the gender binary. I mean, maybe that’s taking it too far. Maybe I only feel that way because I live in Cambridge and teach at a university. It’s very possible that you will have a long and fruitful life during which absolutely no one accuses you of reinforcing the gender binary. If so, you will escape an “interesting life experience” that came my way a few months ago. All I’m saying is: watch out, be aware, and don’t be shocked.

•••Some of the biggest rewards may come from mistakes. Like… you screw up and don’t have time to go somewhere, and something amazing happens when you’re hanging around in the store next door, disappointed with yourself for not making it to the seemingly more adventuresome activity. Or you don’t screw up but someone else did… and you go to an event that was rescheduled because no one let you know. And then, you tell someone what happened: how you travelled to the coffee shop and hung out there and made a pest of yourself asking if people had seen a group that had come to discuss a novel. And, in response, he tells you the most amazing story about his childhood friend, and the connection they had, and how it all relates to what he’s doing now… and somehow, it also seems to relate to what you’re doing now. And then you tell someone else, and she tells you about a mystical experience (admittedly because you told her you had hoped to have one travelling back from the event that never was). But her story… wow. And you never would have heard it if you’d stayed home on that cold night, like you should have done, because there was actually nothing going on at the coffee shop except some grungy-looking people hovering over containers of soup and cupping their hands around their tea.

Could this mean that, actually, there are no mistakes? Sometimes, that appears absolutely true. Every moment feels like it was meant to happen, somehow… much as most of it is nothing like I would have planned. Other times, I want to laugh at my optimism. Of course there are mistakes. Every moment of mine is a mistake: the best moments are simply those where the problems are minimized, hidden, or, in the best possible scenario, somehow overcome.