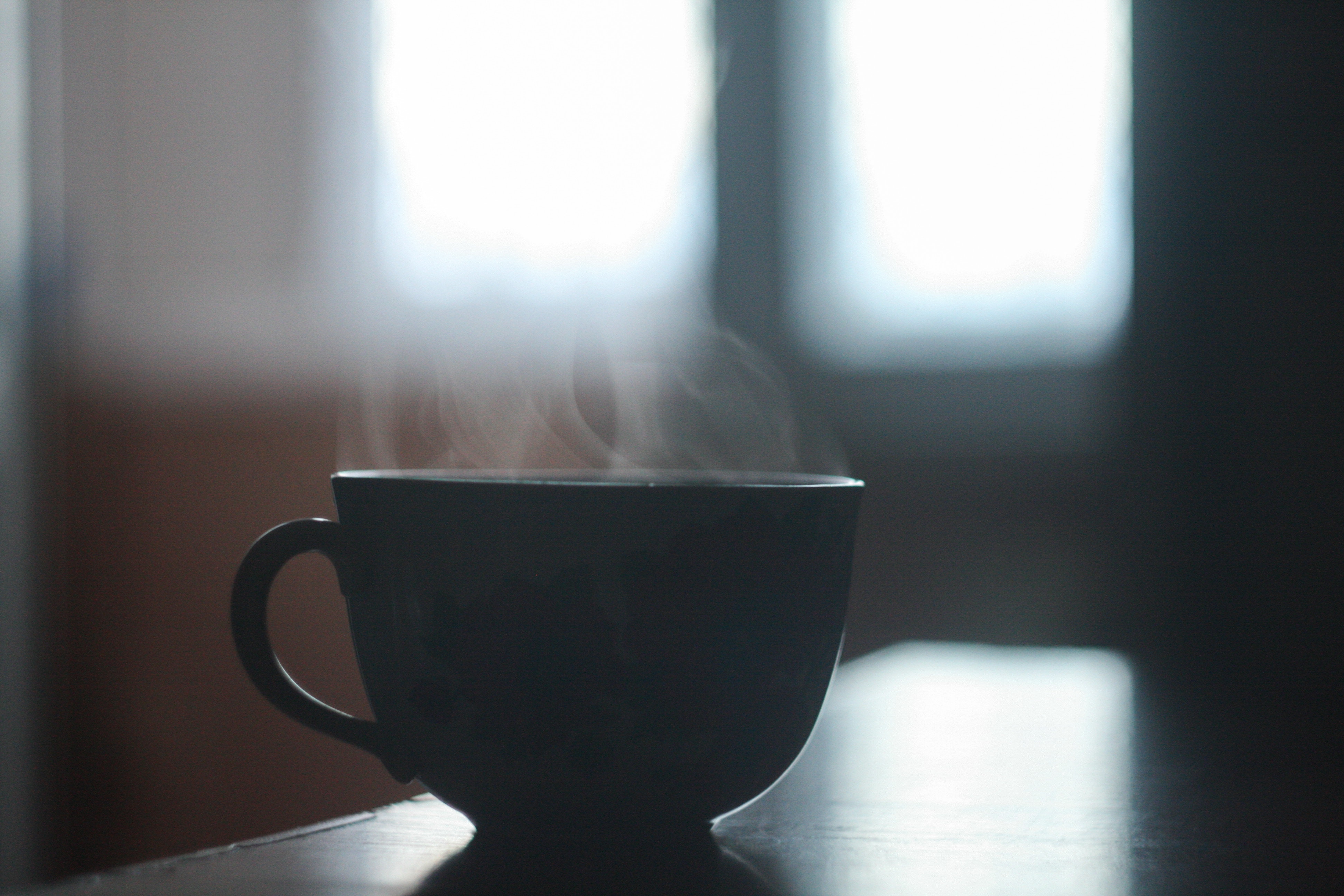 Both of the times I clearly remembered my dreams in the past few years, I’d had an alcoholic drink shortly before falling asleep. I consume alcohol very rarely — maybe once every 2 or 3 months — so this is striking. My reaction to alcohol tends to be unpleasant: extreme fatigue with none of the disinhibition or fun that many speak of. Since I typically don’t love the taste either, I usually avoid it. But it does seem to spur me to remember dreams that are strange yet somewhat comprehensible.

Just last week, on Saturday evening, I ordered a “nuts and berries” hot chocolate with liqueur at a restaurant called Grendel’s in Harvard Square. It was very tasty — I often love alcohol in desserts, and this drink had a similar taste. It didn’t cause fatigue, so I figured it didn’t affect me much physically.

I barely thought about the drink when I got into bed. But while I slept… I was back in college. My father and brother were picking me up because we were going to have dinner in Hoboken, NJ. This was odd for many reasons: My mother wasn’t there, for one thing. But, beyond that, my college was in Providence, RI, quite a long drive from Hoboken, NJ. This was not a special occasion; somehow, the 3 of us had simply planned to have dinner in Hoboken, NJ (not particularly close to the NJ town where my family was based). After dinner, my father and brother were going to drive all the way back to Providence to drop me off at school… and then drive back to NJ, where we lived.

I was worried the whole time because I had plans to meet my friend Rachel for dinner back in Providence the following night and didn’t want to miss that because of travel problems. In “real life” I didn’t even know Rachel during college; we met years later, in graduate school. Rachel never went to my college. But, in the world of the dream, Rachel and I were both undergraduates at Brown University… and this felt very true and right. Apparently, this dream world’s main stresses and concerns revolved around dinner plans… and that also felt very true and right.

The trip from Providence to Hoboken was an uneventful blur, but, in the Hoboken restaurant’s parking lot, one arm of my glasses broke. Never mind that I didn’t need glasses when I was in college; in the world of the dream, I needed them to read the menu. My father asked if I would be OK in the restaurant without my glasses, and I figured out that I would be fine just holding the lenses up to my face, and that the one intact arm would probably do the trick more or less just for one evening even if I didn’t feel like holding my glasses while I read. I was proud of myself for thinking of this. And then I woke up.

On the surface, this may not be the most exciting dream, but I remembered it in vivid detail, which is extremely rare for me. And here’s where things get poignant: When I woke up, I was confused and disoriented for a few hours. I wasn’t sure — was I a college student in Providence, or an adult living in Cambridge, MA? The world of the dream tugged at me, and I wished I were back within it. I longed to break back into that world and just continue to live it: to have that dinner in Hoboken, drive back to Brown, and meet Rachel the following night for yet another dinner.

Even after that, I had the sense that my glasses — the ones I use in my current life — might actually be broken. The dream’s world seemed to seep into the “real world” in just that kind of way. I went into my living room to find my glasses, and spotted them at the bottom of my suitcase, in a very precarious position, just loose on their own with much heavier stuff nearby in the bag. I was shocked and annoyed with myself for leaving them there. They could have easily broken like that, but they were fine. Feeling very relieved that they were OK, I took them out of my suitcase and put them on my desk. I loved that something from the dream existed in my “true” world, and that they weren’t actually broken. I am wearing them right now.

Over a week later, I still feel wistful for the world of the dream. It reminds me of my reaction to the movie Big, which I saw on TV one evening several years ago. It involves a young boy named Josh who became upset at a carnival because he was too short to be allowed on a ride. He made a wish to become “big” at a machine at the carnival… and, the next morning, he found himself in a 30-year-old man’s full-grown body, forced to enter the adult world.

He thrived in some ways as a grown-up, landing a fantastic job as a toy tester and finding an adoring girlfriend. But adulthood overwhelmed him; he sensed, on some gut level, that he was still a child despite his adult appearance. When he began to show how upset he was, I started crying, harder and harder, until I was truly sobbing. I felt the same way about being an adult, that it just wasn’t healthy for me, and I just wasn’t ready. After Josh used that same carnival machine to leave his adult life and transform himself back into boyhood, a deep, soul-level jealousy overtook me. I had a tugging sensation that, if the world were just and giving, I could do the same thing: find a machine to bring me back to a stage that would feel right.

And yet… I do feel very attached to my current, “real-life” existence, much as it often feels out of step with my most fundamental needs. Bizarre as this may sound, I wonder whether my dream’s lingering allure suggests that I have multiple lives happening simultaneously, and that the wires between two of them somehow got twisted, allowing me to wake up in one while remembering and longing for the other. The confusion and sadness of that morning after my dream could have been the weirdness of worlds colliding: two worlds I know and move within, but ones I negotiate with different parts of my awareness, or some such.

I’ve asked psychic mediums how they can reconcile belief in reincarnation with belief that the living can communicate with deceased souls long after they are likely to have begun a new human life. Typically, they explain that two aspects or pieces of the person exist simultaneously: the entity that was your argumentative yet loving grandmother from Los Angeles maintains its existence even after your grandmother’s soul reincarnates as a boy in Jerusalem. Both entities exist and are conscious simultaneously, though they’re not aware of each other (according to some notions, the deceased woman is likely aware of the boy, but the boy almost surely wouldn’t be aware of the grandmother from L.A.) If this is possible, perhaps it’s also possible for me to be a college student and a woman long past college, at the same exact time.

For that matter, those who believe in an all-powerful God typically say that God is beyond time and space… that, for God, everything throughout time happens simultaneously. This summer, in Bali, I spoke with many Hindus who said that the ultimate goal for a soul is to stop reincarnating into human lives, and to merge with God. I bristled at this since I long to remain as me, forever, even if the alternative is to merge with God. I want to be me, always, always me: my quirky and individual self. I guess I’m an egomaniac. But the possibility of getting a brief sense of how existence might feel through God’s eyes, funneled through my own much simpler consciousness, thrills me… though of course it scares me too. Maybe, in that dream and its aftermath, I blended two different stages of my life into one, feeling how, on some ultimate level of reality, they’re not separated by time or space. When I woke up and I realized I had lost touch with a phase that I had just tapped into again after a long time (by my human reckoning of time), maybe I felt out of sorts and even despondent because I had lost some kind of mystical ability that had come to me briefly.

In the end, I will likely never know what actually happened with that dream, and why it touched me so profoundly. But, in the rare event that I consume alcohol, I’ll be on the lookout for new dreams and new potential meanings. And I will try as best I can to commune with my college student self. I have a hunch that this self — at the cusp of all kinds of understanding, yet still an adolescent in many key ways — will always remain at the center of my being, regardless of external circumstances.