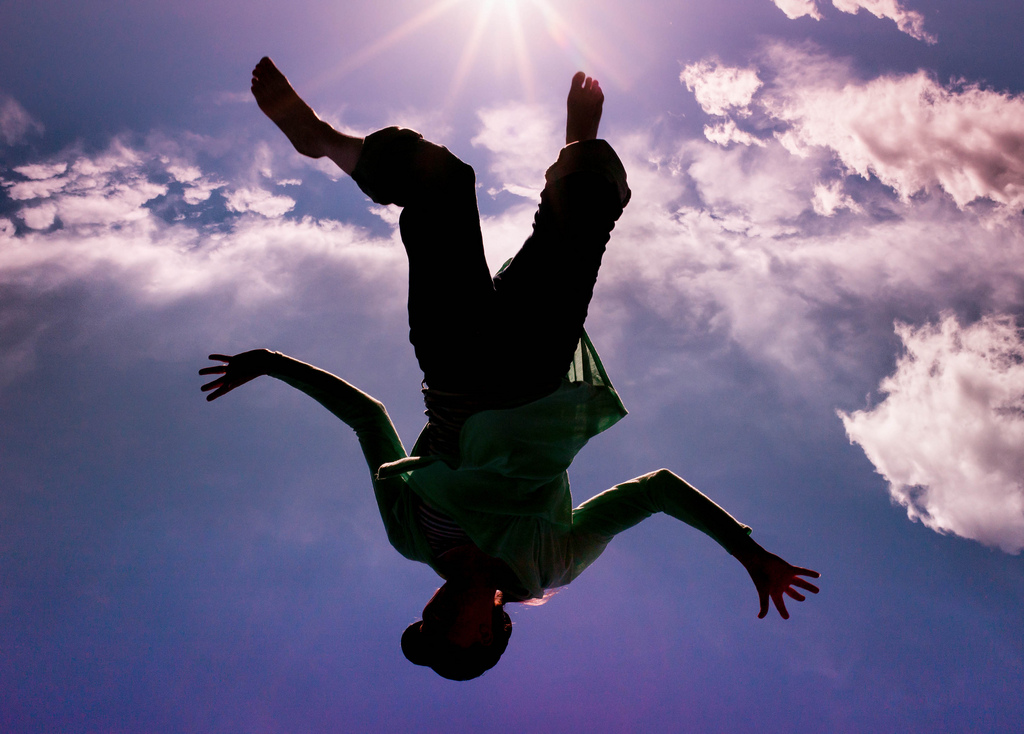 Am I A Foreigner On This Earth?

I feel like I dropped from the sky into a foreign world. By “world,” I mean planet earth—human life in general—though of course I’m mostly concerned with my particular location and situation, since that’s what I encounter every day. I don’t dislike it here: it’s fascinating. But it doesn’t feel like my home.

I’ve often wondered whether many others agree. Maybe the whole situation is ridiculous to any thinking mind, but we’re stuck in a rut and don’t feel capable of large-scale change.

So what do I mean, exactly? To communicate my general confusion, I’ll need to identify particular issues that seem antithetical to my true nature.

Oddly enough, the first matter that comes to mind is competition. Almost everything is a contest in one way or another. People seem to love activities that have winners and losers: sports, board games, game shows. Go bowling with a group of friends, and you get sucked into keeping score and knowing who finished first, second, and third. Attend school, and you’ll probably receive grades that, eventually, get compiled into a class rank, or at least a determination of whether you’ll receive certain rewards. Want a job? Your goal is to make yourself seem more capable than all the other souls who also want it. Nothing is immune, even art and spirituality. Rabbinical positions, for instance, are fiercely competitive—as are slots for book manuscripts at respected publishers.

You know what I miss? Montessori school. I’ve already written a Hevria post that describes my Montessori kindergarten, but I didn’t really discuss one main aspect of its beauty: no grades, no competition, no sense that one kid was superior to another because of skills, ambition, personality, or whatever.

Likewise, the community pool in the town where I grew up, at least for my friends and me: we weren’t the types to have races or try to beat each other at shuffleboard. We just kind of lolled by edge of the pool, or slid ourselves underwater, watching the fascinating world of flowing hair and rippling waves with goggles that clarified our vision. We talked; we had fun; our needs were met with no pressure at all. A world that lets people live like that forever might seem like home. This world feels like a new country that never settles into my skin and embraces me.

And then there’s decorum/social expectation. Take a look at the women around you: at least the ones who tend to be respected. Many of them wear, like, outfits. They’ll maybe have little scarf-like cloths around their necks, with color schemes and patterns carefully chosen to match their clothes. They won’t just throw on a sweatshirt; they’ll be sporting some kind of nice shirt and a jacket over it, even if it’s hot, to give themselves that finished look. Often, they hobble around in high-heeled shoes that will probably crush their feet over the long haul.

At gatherings, they choose their words carefully; they won’t eat until everyone is served, even if their food is getting cold. If there’s a plateful of cookies on the table, they do not quickly swoop down and take the best one before someone else gets a chance. It’s astonishing, but that’s how it is when a woman wants to be a respected adult.

Speaking of adults, who exactly came up with that concept? There’s an idea, here on this earth, that humans mature as time goes on. And more people seem to resonate with that notion than you might expect. A few months ago, I told a friend I wished I could go back in time, be a kid again, and ditch adulthood until I was ready to welcome it. I was sure she’d agree, but actually, she was horrified: “I feel so much better about everything now than I did when I was younger. I’m so much more comfortable in my own skin. I don’t worry about things so much anymore; I’m not nearly as insecure. I would never go back to those times.”

You’d think she’s an anomaly. I mean, aren’t there more things to worry about as you get older? Reach a certain age, and that weird pang in your chest might actually be a heart attack. Say the wrong thing as a little kid, and maybe your teacher will yell at you. Do it as an adult, and, depending on the circumstance, you could alienate everyone at work, make all your neighbors think you’re a nut job, or… possibilities are endless. And you don’t have an excuse, because you’re an adult who should know better by now.

Despite it all, scores of people have told me they’re glad they’re not children or even teenagers anymore, because young people are so unsure of themselves, so anxious. “They’re still defining themselves. It’s such an exciting, nerve-wracking time, and I enjoy being there for them,” a friend who teaches at a yeshiva high school said of his students.

I’m glad he loves his students; that’s fabulous. But I’m still defining myself, and, much as I hate to admit it, I haven’t been a high school student in quite some time. And the older I get, the scarier it all becomes, because the end seems closer. A fifteen-year-old kid can take comfort that she’ll probably have at least six decades to figure things out. Not to be a downer, but as the years pass… yeah.

I can’t be the only one to have thought of this. Aren’t we all in the same basic situation, with years flying by and self-definition still as elusive as ever? Apparently not. It seems that this world gives most people the sense that we grow wiser and more content as we age; it’s all part of being here. Oy vey iz mir.

Sometimes, the utter mismatch between me and the world hits me all at once, and every little thing feels absurd. People will be talking, and, all of a sudden, the use of language—of vocal sounds that represent ideas—will seem outrageous. Why can’t we communicate by pure thought alone: penetrating others’ minds with our own, through something purer than words? Someone will smile at me, and I’ll think: “How bizarre that an upturned mouth signifies happiness. Why should that be?” The easy intuitiveness of how things work here breaks down, and I have a strong impression that I actually belong somewhere else.

And yet… I want to live forever. I never want to leave. This world may seem strange, but it’s a wild experience and I don’t want it to end. So I must be doing something right, since, unsettled as I am, I often have to admit that I’m enjoying myself.

At bottom, I think what gets me through is focusing on my own mind, my own perceptions, and tuning the world out when it doesn’t feel like my place. I can sit in a café, savoring a pastry, and make that my whole universe. Who needs the adult women in the carefully chosen outfits, chatting in their soft, classy voices at the next table? For that matter, I can sit here in my apartment and enjoy writing this article—savoring the contours of my mind and its creations—and forget that I hope to publish a different, book-length project, and feel terrified that people “out there” might reject it.

Even death can be drowned out. If I commune with the taste of that black and white cookie, alternating between chocolate and vanilla icing, loving how good they both are despite their differences, it can become my whole universe. And how could that universe end, ever, when perception is so rich, so evocative, so packed with glorious contrasts: chocolate vs. vanilla, icing vs. cookie?

When the world out there fails, I have my mind in here. What’s really amazing: often it doesn’t fail. When things don’t feel completely absurd, often they feel just strange enough that I have the sense I’ve traveled to some amazing land, even if I’m two blocks from my apartment. The women with the outfits classily sipping their tea are interesting precisely because they’re nothing like me. When I get myself into the right mindset, they can seem like a different, fascinating species whose minds are similar enough to my own that I can talk to them and explore how they think.

Many common experiences are rare for me, and when I try them out, I feel like I’ve landed in an undiscovered patch of space. Supermarkets… wow. Occasionally, I find myself in one, even though I usually eat out and buy snacks at small local stores. Supermarkets showcase a vast maze of aisles, each packed with dizzying variety. Who knew that so many kinds of crackers existed on this earth?

And cars. I don’t drive, and I tend to walk long distances. But sometimes, a friend will drive me somewhere. What would have taken forty minutes by foot might take five minutes by car. Even if the subway would have gone there, when a friend picks me up, I don’t have to walk to the subway and sit through all the stops that aren’t mine. When we don’t hit traffic, the car just zips through, from my apartment to the destination, transcending my usual rules of time and space. It’s incredible, and it makes me smile.

This world confuses, horrifies, awes, and thrills me, sometimes all at once. And since maturation is not my game, that will probably never change. To make the most of it, I need to tilt my mind in just the right way, to see it all as strange and exciting, alien but not alienating. I may not be home, but I’m here, and home may not exist, at least for now.

Before I sign off, I want to wish the amazing Carol Levine a happy Mother’s Day. She has tried many times to explain this world to me. With her help, I just may get it one day.