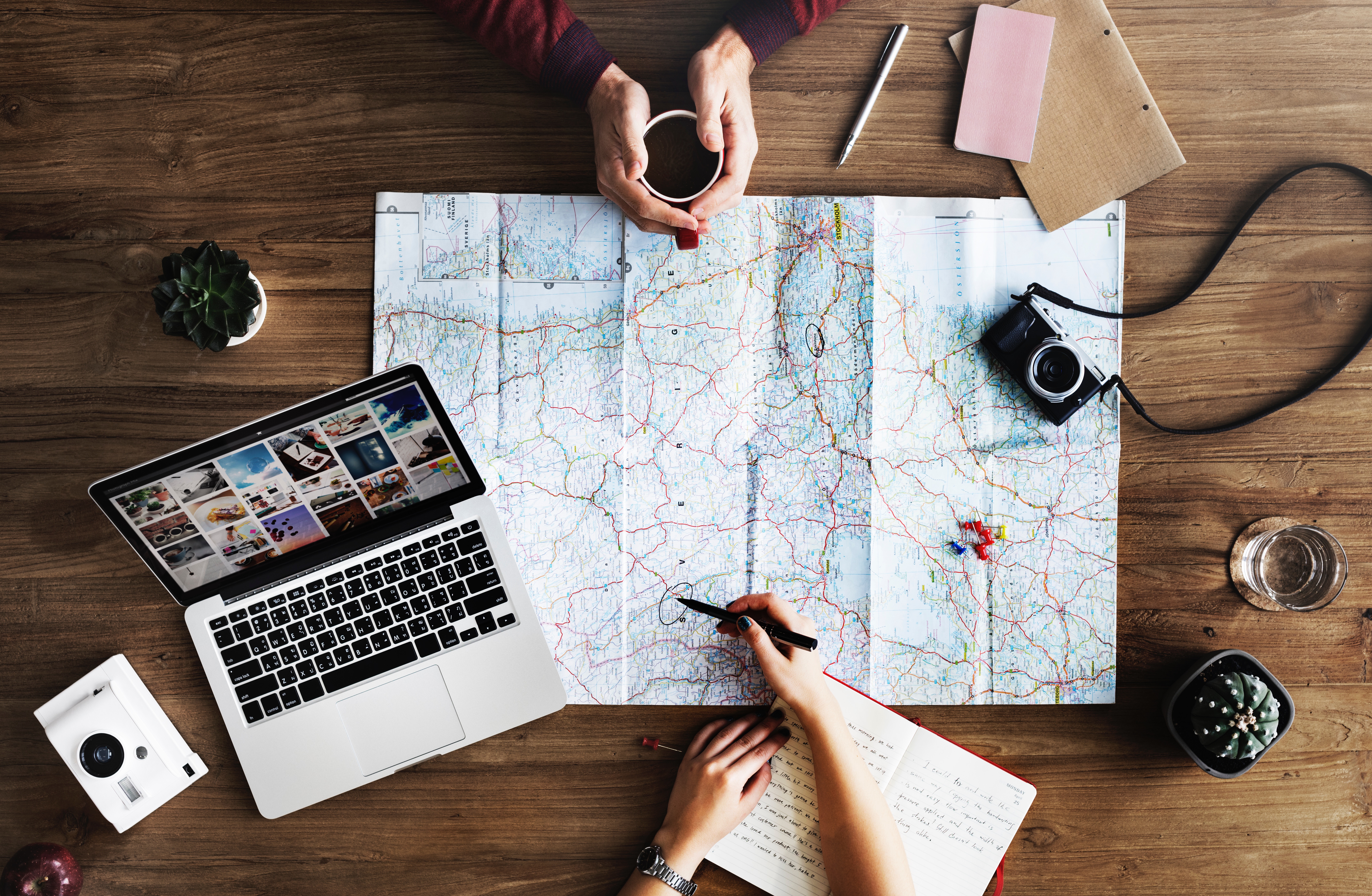 DNA Results! My Journey Into Ethnic Identity And Imagination

The ancient Greek maxim “Know thyself” has been interpreted many different ways, but my favorite involves deep self-understanding. This sense carries deep richness for me, as a lover of selves and souls, both mine and others. If you work towards knowing yourself, at a certain point, you might be able to reach out to others with true empathy. Your reflections on your own reactions, emotions, and general situation might allow you to say: “Wow, I totally feel you on that. I have a strong sense for what you’re probably going through,” when someone else tells you a story from their own life.

I’ve spent a lot of time exploring my internal self — my emotions, thoughts, and philosophies — but, recently, I made a foray into a new domain of self-understanding: DNA. The fundamental genetic building block, underlying all our genetic traits. My brother, Larry, did it first and sparked my interest: his wife’s uncle organized the testing for several family members through My Heritage DNA. Larry received a breakdown of the ethnicities found in a sample of his DNA: mostly Ashkenazi Jewish, with sprinklings of Scandinavian, Baltic, and Middle Eastern. He wondered whether the Scandinavian piece might explain his red beard and blue eyes… and, though the question made me laugh, I wondered too.

This all made sense when I looked at a map through the testing company: the Baltic and Scandinavian areas are both near Poland, where most of my family’s Ashkenazi Jewish ancestors lived, and of course the Jews originated in the Middle East. Still, I found myself creating stories about what might have happened. Maybe we had a Baltic and/or Scandinavian great-great-grandparent who was infatuated with Jewish culture or spirituality, and married into the fold after converting. I pictured some curious blond soul hanging around the shtetl, hoping to meet a special Jew. Maybe this person was an adventurer, always curious about the exotic people who kept to themselves with their strange but oddly exciting ways. Maybe they broke away from their family of origin because they felt drawn to a life among the Jews. Or maybe they were a bridge, allowing Jew and non-Jew to mix in good faith, trust, and even joy.

Me being me, I couldn’t leave my speculations in a happy place. Rape was a serious possibility here. I pictured my stunned hypothetical great-great-grandmother as a vibrant teen, attacked by some Baltic/Scandinavian brute while she wandered through her town. Maybe she was already married, and everyone assumed the father was her Jewish husband. Or maybe signs of pregnancy were noticed and she was forced into marriage before her time to cover the situation up. For all I knew, the whole thing flung her into a mad depression that never left her. And now that brute’s DNA showed up in my brother, perhaps helping to create his lovely blue eyes (come to think of it, maybe there were two brutes: he would probably need a blue-eyed gene from each side to display that trait) or his reddish beard.

For that matter, this could have stemmed from at least one wild, rebellious, thrilling fling. Perhaps my Jewish great-great-grandmother loved to hang out beyond the shtetl. Maybe she was the restless one, and sometimes, she just had to get away from the small-town Jewish grind. Maybe there was some Baltic/Scandinavian type who owned a shop where she liked to browse, and… stuff happened.

On a level, it was all quite silly. Blue eyes and fair hair probably had nothing to do with all this: surface traits can only go so far when it comes to estimating ethnic origin and such. Ashkenazi DNA itself is a combination of European and Middle Eastern traits, according to 23 and Me, another company that performs this sort of ethnicity testing. So… someone whose DNA comes up as 100% Ashkenazi could have common European traits like light hair and eyes. Still, it was fun to speculate based on some visual cues.

Of course, this was all based on my brother’s DNA. I wondered what might come out if I did my own test. So I called the company my brother had used and had my own DNA kit sent out. It was all so simple even I could handle it (I tend to be very inept with this sort of thing). I swabbed inside each of my cheeks with the Q-tips provided in my kit, put them in the vials as instructed, and mailed them off.

The disparity is not as surprising as some might think, since non-identical siblings only share 50% of their DNA on average. These results show 81.7% overlap with my brother in terms of DNA-based ethnic heritage. I got that figure by combining my Ashkenazi and Middle Eastern results, since he had a bit more of each of those than I did. This all depends on what each individual inherits. If that Baltic/Scandinavian great-great-grandfather actually existed, maybe his DNA wound up in my brother’s makeup but not mine because of a simple crapshoot. Another factor: the DNA that gets tested is just a sample: a piece of DNA. I called My Heritage DNA today, and that’s what they told me. If they found Greek DNA in my sample, that says something about my heritage. But it doesn’t necessarily mean I lack the ethnicities that didn’t show up in this sample. Maybe testing again with a different sample would call up some Baltic or Scandinavian or something else entirely. So… if we want to believe that this test is somewhat valid, we now have a strong hunch that my family has Baltic, Scandinavian, and Greek ancestry along with the expected Ashkenazi Jewish and Middle Eastern.

Funny: my Greek fantasies took a different turn from my Baltic and Scandinavian ones. I dreamed up ancestors who were Greek philosophers: the kinds of people who came up with stunning sayings like “Know thyself.” Maybe some of these types liked to hash it out with Jewish thinkers in their midst… and somehow all that fraternizing led to a mixing of DNA. Maybe my ancestors were Middle Eastern Jews who traveled through Greece and made it up to Eastern Europe, joining Ashkenazi communities there. They picked up some DNA along the way, as humans tend to do. That tale fits the company’s visual map of my DNA story perfectly: The Middle East in yellow, close to Greece in red, not too far from the Ashkenazi communities in purple. Maybe I have Greek Jewish ancestors who practiced a form of Judaism I know nothing about. Perhaps something in that form of the faith could galvanize me if I knew how to tap into it.

In the end, this is all estimates and guesses, not a foolproof mirror of anyone’s ethnic makeup. In coming up with ethnicity profiles, these companies compare a customer’s DNA profile with the profiles of people whose families have long histories in many different places/regions. So, apparently, 80.1% of my DNA shared genetic signatures with people who say their families spent a long time in Ashkenazi communities, while 18.3% of it was similar to the DNA of entrenched Greek families, and 1.6% matched Middle Eastern samples along these lines. But quirky things happen with DNA, so none of this is gospel.

How would I have reacted if my DNA had shown few or no Jewish markers of any kind? Honestly, I think I would have felt a bit unmoored. I was a little surprised that my Ashkenazi percentage wasn’t somewhat higher, considering that many Ashkenazi Jews I’ve known who have taken these tests have wound up with very high percentages of Ashkenazi DNA: well into the 90s. A surprising calculation went through my head: “Well, my percentage was high enough that I had to get at least some Ashkenazi DNA from each of my grandparents, assuming each one contributed about 25% to my makeup. So this couldn’t be unearthing anything too unexpected. And my brother’s percentage was high enough that any doubts along those lines can safely vanish.”

But why would such thoughts even enter my mind? All four of my grandparents spoke Yiddish very fluently. It was my father’s parents’ native language. If I’d come out with DNA results mostly from groups known to have virtually no Jewish presence, would that have changed the Jewish flavor I grew up with, the preferences and values that seemed to seep into every aspect of our lives? I’m thinking about all those quirky little things: my mother’s visceral horror when I asked her to buy pork chops at the supermarket even though we didn’t keep kosher at all, the Yiddish expressions my parents and grandparents used, my parents’ absolute insistence that my brother and I attend Hebrew school and get Bar/Bat Mitzvahed, bucking their usual tendency to let us choose what to pursue and what to leave behind. What if my mother’s mother wound up in a Jewish family by accident because the hospital goofed and switched babies… and somehow, all these years later, that came out in a DNA test? Would that change the life I’ve had and the group I’ve identified with? Would it make me not Jewish on some ultimate, soul level, because I wouldn’t have that matrilineal inheritance?

I’m not answering the question since I don’t actually believe that Jews and non-Jews differ on a soul level. But it’s a fascinating issue to explore. Right now, I’m just going to enjoy the knowledge of my Greek DNA. Maybe I share something genetic with the great Greek philosophers. I mean… probably not. That’s just as crazy as thinking I might share genetic material with Moses, King David, or the biblical Sarah (even if I do share her Hebrew name). Since these tests are far from foolproof, maybe their tendency to spark imagination is what they do best. Thinking about ancestry takes us out of our current lives and pushes us to explore possibilities we may never have considered before. We wonder about our families in the distant past, inspired by the new clues we’ve unearthed. Probably, we’re just telling ourselves stories. But I believe that every story is true on some deep, soaring level of reality… even if it’s almost certainly false by any objective measure.