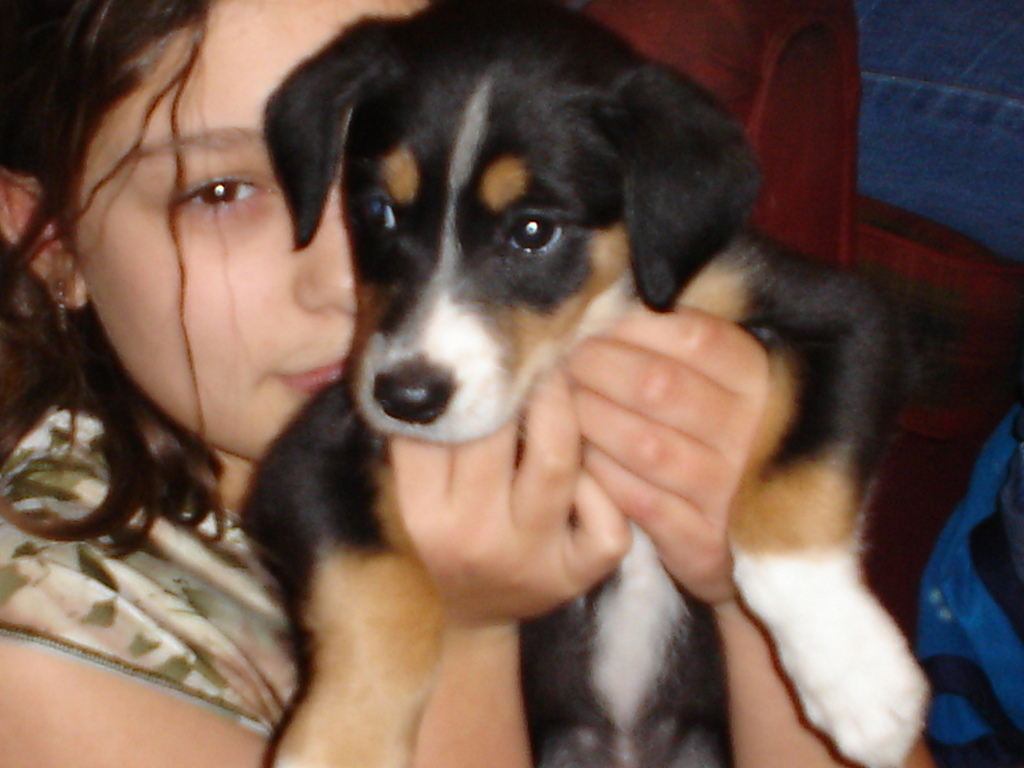 Connection Is Everywhere: Strangers, Social Media, And A Young Philosopher

I’m sitting on a bench by the Charles River here in Cambridge, MA, wondering about life, death, and everything in between. An intense teenage girl with shiny black hair is sitting beside me, fondling her puppy as he licks her face. The girl’s expression seems almost rapturous. After several minutes of watching, I reach out: “Wow, you two are really close.”

She jumps, startled out of some kind of trance, and says: “Well, he is the reincarnation of my mother.” Of course, I want to know more. I am on a spiritual quest—and have been writing a book about my attempt to gain insight into the fate of human self/soul/consciousness after death. I look at the girl, trying to figure her out, to determine what kind of questions might be appropriate. Her hair is neatly combed, pulled back with a barrette. Next to her on the bench is a faded green shoulder bag filled with books. I take a chance: “Do you think your mother’s human mind lives within the puppy’s body?”

The girl looks towards the river, thinking, perhaps meditating. Finally she says: “Well, he has a dog’s intelligence but my mother’s life force.” I’m exhilarated and disconcerted all at once. I’ve heard this sort of idea before, from Hindus and Buddhists who believe that reincarnation can happen across species—including once human souls who return to earth as animals with no self-consciousness or intellectual complexity. It never resonated with me. To me, the mind and the soul are deeply intertwined: in no way can a lower animal’s brain power a soul that had been human in scope and in vision. I prefer the Jewish notion of reincarnation (yes, you read that right) that focuses on human souls coming back in new human forms. You probably won’t hear about this from a Reform or Conservative rabbi, but Lubavitcher Hasidim I’ve known discuss it freely, as an accepted though mysterious truth.

And yet… this puppy has such charm. I can almost see him smile as his tail wags. I catch his eyes, and I think I sense something… not humanity, but a kind spirit and an ability to connect. Could that sort of thing run deeper than intelligence? Could it be the trail of energy carrying a life force (whatever that might be) from one incarnation to the next? Questions and theological possibilities rush through my mind, but I don’t bother the girl anymore. She’s a teenager whose mother has died.

I can’t stop thinking about her, and that evening, I describe her on Facebook. I’m nervous; my post will stand out amid the usual announcements of good times, traumas, and well-made lunches. Soon a few friends I haven’t seen in ages are discussing intimacy, the safety of conversation with strangers, and whether the girl might be onto something regarding her dog.

I begin having many similar experiences: I approach strangers who intrigue me, and we talk, meaningfully. Later, I describe the interactions on Facebook. Many of these posts spark intense discussion, debate, and intellectual drama. Participating is a thrill—I can’t wait to see the turns people will take, from religion to biology to personal experience to educational theory to philosophy to old-fashioned emotional resonance. I respond often, considering every comment, taking every point of view seriously. If I have any religion, this captures it: the enormous importance of every unique human being’s ideas, opinions, and mindsets.

We tend to have a sharp demarcation between “strangers” and our personal circle: family, friends, acquaintances. If strangers sit next to me in a café, I hesitate to connect; jumping in with personal comments would breach unspoken rules of peace and privacy. If a neighbor sits down, it’s almost rude not to ask how he is. And yet… I already have enough sense for him to realize we’ll never be close. I know nothing about the strangers; for all I know, they would share insight that could stay with me for years. If I give them a chance, we might even become friends. So I’ve expanded my interest in strangers, bypassing conventions regarding privacy and social circle. The Buddhist monk who joined me in my gym’s whirlpool, the elegant older woman who plopped her Chanel handbag on the grass so she could blow bubbles with me, the homeless harmonica player who lifted me up when I fell in Harvard Square, and many more so-called strangers have inspired me to think, grow, and laugh because I opened myself to them.

When I started sharing these encounters on Facebook, opening discussion to all strangers and friends, the time investment seemed frivolous: I was hanging around on Facebook when I could have been tackling real-life tasks. But I often suspect that the people who could galvanize me most are among the billions I’ve never met. What is real life, if not connecting with souls around the world, using whatever means we have to boost mutual inspiration and the wonder that comes when one person’s mind nudges another’s into a strange place and makes it feel familiar?

We often have a notion of “our people” vs. “everyone else.” Yet… aside from family, those who become one of “ours” were often simply around at the right time. They happened to move to our neighborhood, sit next to us at a gathering, get assigned to the same class at school or team at work, etc. Each action we take could lead us towards one potential friend and away from another. Decide to go to the café a few blocks away rather than the one across the street, and you’ll meet one person but not another that afternoon. Our lives often revolve around random happenings and their results, puffed up with the meaning we ascribe. I mean, unless some or all actions have divine significance and the seeming randomness is an illusion. I greatly hope that’s how it is. But even so… glorious souls are everywhere, far beyond the tiny circles where we find ourselves. And that’s why… should I admit this?… I love Facebook.

Online communities feel almost spiritual to me, like fledgling moves towards some ultimate dimension where physicality does not bind us. On Facebook (and many other online platforms) large groups of people from all over the world can interact, sometimes heatedly. Who you meet still has that element of chance. You happened to be browsing your Facebook news feed at 4:10 pm this past Tuesday; that’s why you wound up in that fantastic discussion spurred by your friend Josh’s post—and discovered someone with ideas and emotions that seemed astonishingly similar to yours. But our interactions are much less limited now than ever before. There are online communities based on all kinds of interests, desires, and problems, and physical distance is no barrier to contact and deep connection. Some people seem to need physical proximity to feel true closeness, but many others, myself included, can enjoy fairly intense bonds with people we’ve never encountered in the flesh.

Yes, we can futz around posting ridiculous photos that say nothing about us, and we can waste energy feeling jealous because someone we knew in 8th grade seems to have earned a fortune, divorced well, or lucked into an enormous trust fund, allowing her to spend her days sipping cocktails and jetting around the world (at the very least, she’s able to construct that image for those who don’t see her in physical space). We’re human, and powerful instruments can wilt under our less-than-noble touch. But that’s exactly why we need to receive and embrace strangers as well as friends. Friends reinforce what we have and what we know. Strangers can boost us higher and deeper than we thought possible, by opening up new ways of seeing, interacting, and believing.

You fall into routines with “your people,” however caring and wonderful they may be: reminiscing over the same stories, sharing the same activities, helping and hurting each other in old, familiar ways. There’s no rut with the intriguing stranger hanging out by the river, or banging out responses to your Facebook thread from 3,000 miles away because she happened to see your post. Instead, there’s open possibility: a natural, intuitive gift that’s all too easy to ignore.