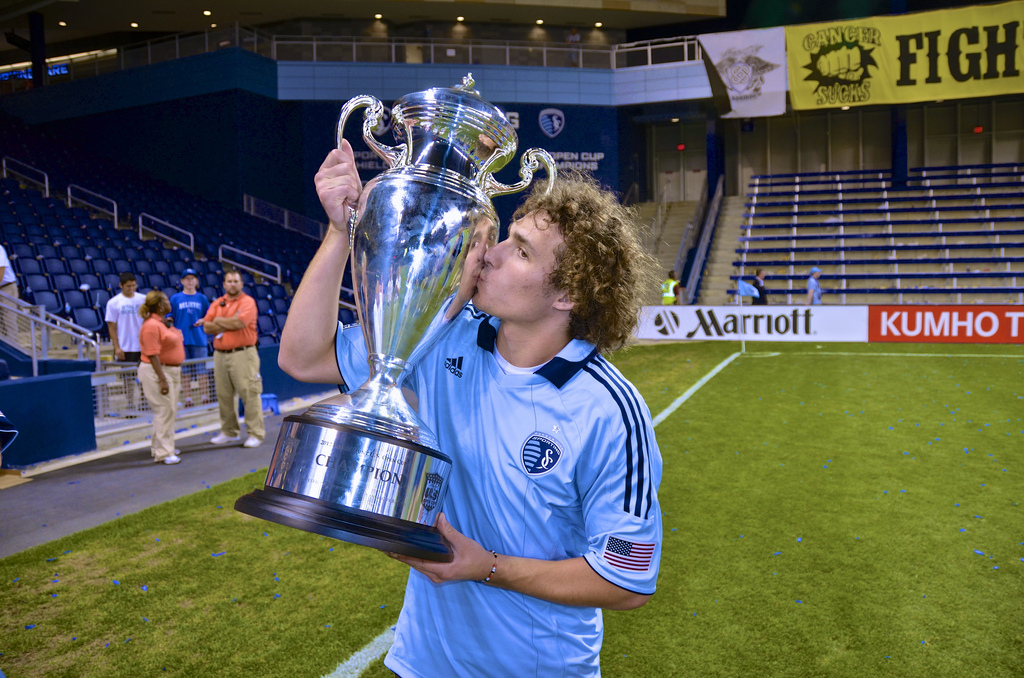 I Confess: I Want Success

During our first formal meeting, my high school guidance counselor made a fascinating observation: “You’re the sort of person who philosophizes on your own and writes poems when most other kids are listening to the teacher. You have your own inner compass. You’re not so concerned with grades and outcomes; you have a mind of your own.” Then she leaned towards me and said, softly, “Some teachers think you’re completely wonderful; others aren’t so sure.”

I was thrilled. The inner-directed, soul-driven character she described sounded fabulous. I would have preferred if all the teachers thought I was wonderful, but we independent spirits had to sacrifice some popularity, right?

The sad irony: she was wrong about me. I did care about grades and outcomes. I wanted to do my own thing and still come out on top, based on all objective measures. True, I didn’t always play the game, but I still wanted to win it.

Well, I often say that maturation is not one of my hobbies, and things haven’t changed much. I still hate the game—any game, really. But I’m not content just strolling around, savoring the trees, stopping somewhere for a calming cup of tea, happening on a few cool conversationalists, and heading home to enjoy a good sleep. I want… success. It pains me to admit it, but it’s true.

What do I mean by success? I think the answer involves defining what I don’t mean. I don’t care about climbing the academic ladder or amassing great wealth (though if I somehow procured enough money to buy a condo in my beloved Manhattan, I’d be exultant, not because I’d “succeeded,” but because I’d have an easy way of exploring those gorgeously teeming streets). I have no desire to show off with fancy possessions or titles. You’d think I’m a carefree soul who simply wanders the world, free of the treadmill of ambition, but there’s something I do want: to spread my writing and my ideas. To get people thinking in a new way because of something I wrote or said.

Thing is: it’s not just about the ideas. It’s about me. Wow, I said it. If someone else had the same thoughts, expressed them in the same language, and wrote a book that sold widely all over the world, I would not be happy. In fact, I’d probably hide in bed for days, mired in misery, self-pity, and jealousy.

So what’s the problem? I’m human. Most humans want recognition for themselves. Even nursery school teachers acknowledge this impulse, offering little prizes or kind words to the kids who behave, who help others, or who solve that day’s puzzle. But I’ve known people who truly don’t seem to care about external validation, and I sense that they perceive through a broader, deeper lens. They can enjoy for the sake of enjoyment; they don’t hang on possibilities that hinge on others’ decisions. Unlike me, they would never let some person with the power to publish their book or offer them a fantastic speaking engagement control their mood. They’d be happy just because the grass outside smells sweet and the breeze feels good against their hands.

Perhaps these purely inner-directed characters don’t actually exist, but, for better or worse, I’ve known a few people who seem to fit this mold—maybe not completely, but enough to arouse my curiosity. Last summer, I signed up for a few publishing workshops here in Boston. During a break, I said to the woman next to me: “I really hope this all works out.”

When she turned to face me, I could tell she was kind of bowled over by my intensity. “Well, you know, you’re writing a book. That in itself is a great accomplishment, whatever else happens.” She was maybe 60, with a T-shirt and lightweight vest, and a short haircut that required little care. She’d spent much of the past year writing a book about a poet she loves.

As she opened a small box of raisins, she told me: “I discovered this class kind of last minute, so I thought: Why not? Would be fun to find a big publisher for it. If not, I have a friend who could help me with self-publishing. If I can get some of my friends and colleagues to read and enjoy it, that’s all I really care about with this book.” I felt like that annoying high school student who is gunning for valedictorian while most of the other kids are hanging out and having fun together. (I wasn’t that student, but I still wanted to get into an elite college, for some inexplicable reason.)

I’ve gotten similar responses from friends who have written all kinds of books: memoirs about their spiritual experiences, novels of various sorts, poetry collections. While they hone their language and ideas for their own sake—so the product itself will be lovely when they share it with a few friends over coffee and scones—I try to picture the editors who might be able to help my book reach many readers all over the country or even the world. If my mind envisions it, will the reality follow? I wonder, while my friends relax and savor their craft for its own beauty and inner power.

I’m so other-directed, so insecure, that I’m actually nervous about sharing this article, because it could offer grist to the people who like to make digging comments. Luckily, I don’t know many, but don’t we all have a few diggers in our lives: people who ascertain the areas that unsettle us and dive in? I’ve always had an unusually hard time handling that kind of thing, probably because, much as I hate to admit it, I’m very sensitive about the arenas where I’ve failed, or where I’m nervous about failing.

But I’m brave, and I’m doing it, diggers be damned. I think it’s because I hope to work towards a solution through writing, exploring, and sharing.

Facing my own desires has helped me understand my reactions to some of the spiritual practitioners I’ve encountered. On my quest for insight into the fate of human consciousness after death, I’ve attended many workshops and talks, and have met privately with a range of souls who supposedly have insight into mystical realms. Few of them impress me; they rarely strike me as having any special knowledge. But here’s the kicker: many of them annoy me with such strength I can feel it throughout my body.

When I try to unpack why, I realize that they’ve achieved a certain fame—their books have gotten around; they’re highly sought as speakers—and they’re visibly pleased about it. A few years ago, at Rhinebeck, NY’s Omega Institute, I took a class with a well-known believer in reincarnation. Oprah had recently interviewed him, and he kept alluding to her in his talk. “Oh. Or should I say: ‘O’ as in ‘Oprah’?” The audience, mostly middle-aged women, laughed and clapped each time, and he would beam.

As my grandmother might have asked after hearing me describe my irritation: “What’s so terrible?” If Oprah wanted to interview me, I’d be thrilled too. I wouldn’t express it the way our workshop leader did; I’d want to come across as someone who didn’t focus on that sort of thing. But maybe it’s more honest and respectful to others to admit your true feelings and share your joy when your dreams are fulfilled. Regardless, the fact remains: I was utterly turned off. “O” for Oprah had a decided air of “A” for arrogance.

And then there was the Indian woman whose followers touted her as God. Yes, that God: the omnipotent, omniscient one. She had a short, slightly overweight, absolutely human body, but her followers’ theology allowed for God to reside within a human frame. I had a private meeting with her when she visited southern New Jersey, and when I asked her about the fate of the soul after death, she responded: “I am God.” It was a bit of a non sequitur, but that didn’t bother me nearly as much as her demeanor. She kind of shook her hips when she said it, and looked very pleased.

Maybe I have an odd take on things, but, as I see it, a true God would not take pride in her/his (its?) station. God would just be God, pure if not simple. The obvious pleasure I saw gave me a clear sense that she was something other than God, something similar to… me.

Because you know what? If I discovered that I was God, oh, boy, would I be thrilled. That time in 6th grade when I wasn’t chosen for the gifted class? “Ha! Look at me now,” I would say. But God wouldn’t think that way—and neither, I suspect, would a truly holy human. A wise, spiritually alive human would focus on learning, emotional growth, and helping others for their own sake, not for recognition or titles.

But here I am, praying with intense desire for outcomes that will help me spread my particular ideas and my particular self. And that might be OK; it’s not like anyone else will be hurt if I get a great book deal and the chance to talk about my work. The biggest problem: it might not happen. I know that all too well.

Even as I hope for fabulous things, I have to prepare for… to be honest, what I’m preparing for is life as it is, with no excellent book deal, none of the excitement of reading laudatory reviews by smart people who lingered over my opus, no packed schedule of speaking engagements in locales near and far, no book-related money coming in (I know I said I wasn’t so concerned with money, but maybe I lied, both to myself and to you….)

To quote my grandmother again, what would be so terrible? Assuming no total collapse on other fronts (no deaths, financial disasters, or major health problems, please, please, please) I know I could handle it. I’ve been handling it, haven’t I? I’ve even been enjoying it, much of the time.

When I unpack what I want, and why, I have to admit that much of it is available in other ways. I can share my ideas with friends, family, students, and even friendly acquaintances—and I do so very frequently (apologies to all those who would rather just talk about the weather). I can even reach beyond that circle online: Hey, what am I doing right now?

Of course, I’d get a lot more of that with a popular book, but what is a lot and what is a little? What, specifically, would make me happy, and cause me to say: “Now I feel successful. When I wake in the morning, I will smile with pride and delight at where things have come”? A certain number of sales? Particular kinds of speaking engagements? Prestigious awards? X amount of book-related earnings?

It’s hard to pinpoint. One gauge might be: when the diggers dig, I can honestly feel they won’t get anywhere, because I am good, and satisfied, and where I need to be. I don’t feel that way now, but I should. Why, specifically, don’t I? Answering that question might bring the key to something enormous.