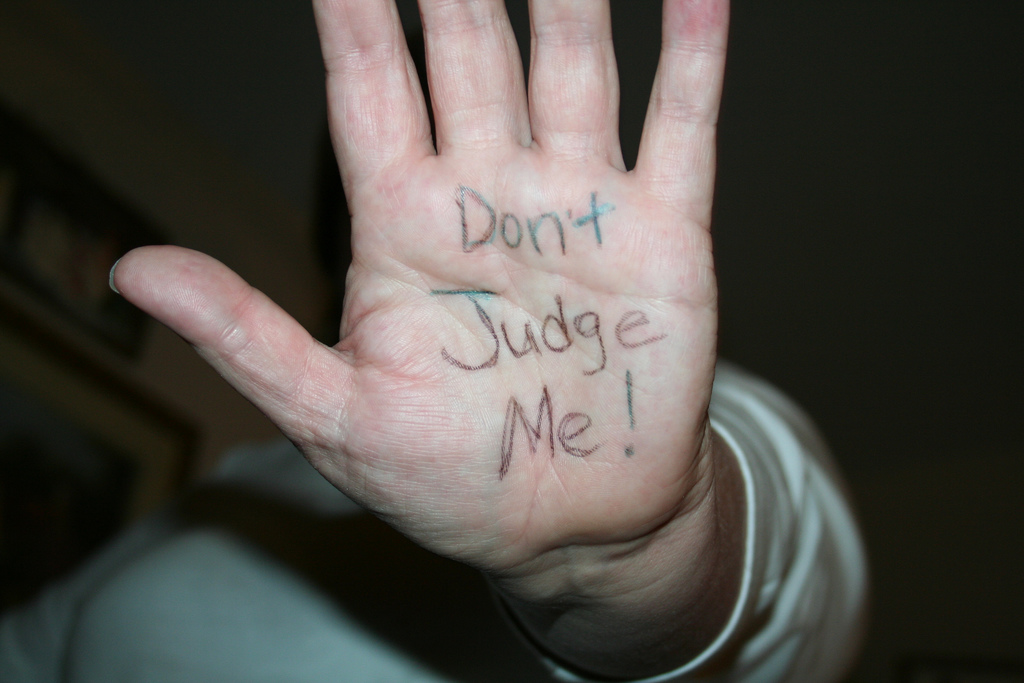 Occasionally, Boston’s Huntington Theater Company sends me an email, inviting me to a performance. When it happens and I’m available, it feels like magic—like something special and exciting has dropped from the sun into my hands. I’m not sure how these theater people got my name, but it probably has something to do with teaching or writing. Or, for all I know, one of the souls I traded business cards with during a weird conversation in a café or on a bus thought I had the sensibility to enjoy these plays. Anything is possible in this wide but small world filled with characters and coincidences.

On October 28, 2015, I happily set out towards the Calderwood Pavilion on Tremont Street, ready to claim my free ticket for Winnie Holzman’s play Choice, directed by Sheryl Kaller. As I showed my ticket by the entrance, the ticket-taker asked: “Press?”

“Um, actually, no,” I told her—though I wasn’t quite sure if that was the right answer.

“Ah, then you can come right in.” She ushered me inside with a wide smile. I almost imagined I might be someone special—but since I knew I wasn’t, I assumed she thought I fell into some category that didn’t fit me at all: donor, theater person, whatever.

The play riveted me, and during intermission, the possibility of writing a Hevria article about it crossed my mind. And then another thought cropped up: Maybe I was “press.” Maybe some lovely Hevria reader out there thought I might want to review the Huntington Theater Company’s plays, and arranged for me to receive free tickets. Honestly, I doubt it, but the prospect is far less strange than many ideas that have passed through my mind.

Thing is, I hate reviews. The whole concept of them—some human out there judging another human’s deeply felt, lovingly created work—strikes me as anti-soul. Now that I’ve published a book and have (I hope! Please, Whoever or Whatever might control these things, make it happen!) more to come, I see how reviewers, in an effort to seem smart, slick, knowledgeable, or whatever, can completely misconstrue an idea and garble a writer’s intentions when attempting to assess a book.

Don’t misunderstand: I’ve absolutely loved reading the (thank you, All) many essays about my book that engage it positively and warmly, with an attempt to connect with me, the Lubavitcher Hasidim I described, and the heartfelt circle my project created around them, me, and curious readers. I don’t consider those pieces reviews, per se. I consider them attempts to explore a new world by reading and writing about someone else’s words.

It’s when reviewers get all… review-y, that I step back and cringe. When they’re in a mode to rate, evaluate, and, worst of all, criticize. It just makes no sense to me. I understand that people have only so much money and time and want to choose their reading and artistic experiences wisely. And I get that there are awards and prizes out there, and that a limited number of people can receive them. I’ve even been thrilled when, very occasionally, I’ve managed to snag this sort of thing: not because I believe that one project deserves an award more than another, but because being chosen meant that someone out there connected with my work enough to recognize it, and because I’m insecure enough to enjoy the idea that my project met a certain standard, even if the whole notion of “standards” wouldn’t exist in the world I would create.

In theory, reviews are a fantastic idea, but I find that, the more I know about the inner workings of a project, the more I balk at the review-y-est reviews of it. Way too often, these reviews stand on a false pedestal and proclaim their notions as some kind of gospel, when in fact their thoughts stem from shallow thinking, misinterpretation, personal preferences for styles or ideas alien to the work in question, and other less-than-respectable sources.

We don’t have my world; we have this world. I’m hypocritical enough to want to succeed by the standards of this world, much as I balk at them. But I don’t want to contribute to those false standards; I want to push beyond them.

So about this play: Choice. I loved it. I sat in my fabulous front row seat, gazing at the actors and actresses, thinking, processing, smiling, and engaging. The play’s main message (at least as I saw it)—that abortion is a deeply complex act: not wrong, but far from nothing; in fact, it’s a profound Something, on the level of soul—fit with my own thinking. The central character, Zipporah “Zippy” Zunder, had an abortion decades ago. She’s a journalist who decides to write about a movement that’s become popular in certain circles, based on a feeling a woman might have that a person born shortly after her abortion has the soul of her aborted child. The soul of an aborted fetus moves into another woman’s womb and eventually enters the world. If the original mother meets her child in the course of life, a deep, intuitive connection can emerge.

I don’t want to share too many details and ruin the play for anyone who might want to buy tickets and enjoy the show. I’ll just say: Zippy winds up wondering if there’s some truth to this soul migration hypothesis. Her mind works passionately and nervously around the issue. It affects her relationship with a close friend in a major way. This is not just idle speculation; her questions are trenchant and life changing.

When it comes to hot-button issues like abortion, people often dig their fists into the ground, insisting on their side. Black is black; white is white. A fetus is a collection of cells and nothing more—or it’s a human, deserving of all human rights. In this play, Winnie Holzman skates on a fascinating (and, to my mind, convincing) sheet of gray. Zippy never questions her right to have an abortion; she deeply appreciates the freedom she gained from that act. But she grows to believe that, maybe—I dare say, probably—that decision had deep spiritual implications. It wasn’t wrong, but it was big.

Personally, I cannot imagine forcing a woman to go through with a pregnancy, knowing that pregnancy can endanger a woman’s health. Even today, women die in childbirth or from complications of pregnancy; I’ve heard about too many recent cases. Just as we couldn’t force a father to remain strapped to his teenage child for 9 months, incurring serious health risks, in order to save his child’s life (we can’t even force people to donate blood or bone marrow to help sick relatives) we can’t force a woman to risk her life and health for her unborn child. But this doesn’t mean that abortion is nothing. If spiritual forces are afoot in our world (and I sure hope they are) it stands to reason that ending an entity that could have grown into a separate being who shares your genes and the stamp of your life is a major, soul-shifting act.

The play got me thinking about these issues. It also got me laughing and feeling happy, and connected me emotionally to the characters. Madeline Wise played Zippy’s charming, floundering young adult daughter, Zoe; and also two minor but key characters. Munson Hicks played Clark, the family’s elderly father and husband (he was Zippy’s professor back in the day). Johanna Day played Zippy, and Connie Ray played Zippy’s close friend, Erica. Ken Cheeseman tackled two characters: Erica’s boyfriend, Mark; and Zippy’s ex-boyfriend, also Mark. Raviv Ullman took on an “intriguing stranger” role: Zippy’s clever young assistant, Hunter. All of these characters aroused my curiosity and kept me hooked on the show. I’m not going to rate their merits and demerits as actors because I don’t think that way. They all helped me enjoy the performance; they all encouraged my ideas to flow, and facilitated the content, engaged state I fell into as I watched. As the show ended and the cast came out for applause, I felt the pure goodness of an evening well spent.

The questions of artistic and intellectual merit are slippery, just like the question of abortion. I will not sit here and say that all artistic and intellectual creations are absolutely equal. The person who dashes off a five-word poem with little care has almost surely created something less complex and nuanced than War and Peace. I guess I feel that each creation should be respected on its own terms, not battered into the ground by critics looking to criticize because that’s what they do. The five-word poem written in two minutes might reach a certain reader with more depth than War and Peace ever could. When I look at a painting, read creative writing, watch a play or movie, listen to a song, or… whatever, I’m not looking to judge. I’m looking to think, feel, explore, get shaken up, or in some other way, be riveted. If I’m riveted, then behold, it’s good. If I’m not, then… one person out of the billions out there was not riveted by a work. I’d rather not discuss it at all, in that case. Let someone else find it and share the beauty that my particular mind did not perceive.

Art, to me, is about reaching individual souls. Come to think of it, so is life.

***Note: Choice is playing at Boston’s Calderwood Pavilion through November 15.