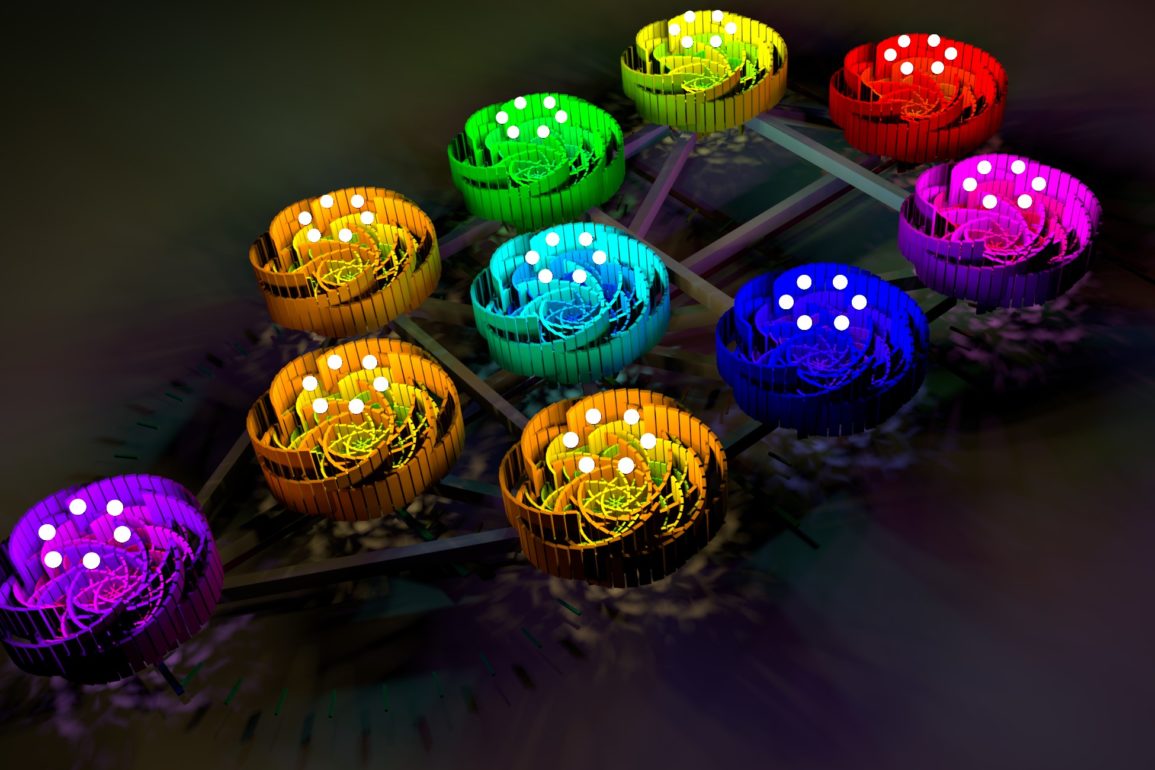 Yaakov Gets a Sex Change

“Me and my brother were talking to each other
‘Bout what makes a man a man
Was it brain or brawn, or the month you were born
We just couldn’t understand”
-The Who, “Tattoo”

I was talking about gender recently to a person who seemed by all accounts to be a woman. She talked like a woman, wore women’s clothes and makeup, and even had the body of a woman. But although she may present as a woman to any casual observer, they prefer the pronouns like “they, or them” to “she or her”. To them, gender and genitals are not an indicator of how you define your sex, and to think of it as a binary is faulty. She found comfort in exploring the femme leanings of an ambiguous line between the sexes, but refused to define in a straightforward manner.

Without judgment, two things emerged in my mind.

One is how our perception of gender is changing on a massive scale. When I was growing up, you were either male or female, and hermaphroditic people weren’t really talked about, or if they were it was in a scientific context. I didn’t know any people who were transgender, or at least I’m not aware if I did. Cross-dressers, homosexuals, and anyone kinky was pretty closeted back then, only starting to emerge in identity as time progressed. Now the conversation has shifted to discussing mental gender versus physical gender and the many iterations of expression therein.

The other idea that I just couldn’t shake is how in the Hebrew language, everything is gendered. Not just people or animals, or even plants. Random things. The binary division of thought is so strong, that words like “Good”  טובה/טוב or “Large” גדולה/גדול change based on the gender of words it is linked to. In the language, a house might be male but an apartment is female.

Of course, in Judaism has a G0d that is expressed in female and male terms as a result of this. And the primordial Adam as created in Beresheit was an expression equally of male and female aspects, eventually leading a separation of the two. And like that, the binary was seemingly formed. G0d is One and Its Name is One but we are two. Or so we thought. As Woody Allen once said, “I am two with nature.”

Kabbalistically speaking, the manifestations of gender are merely physical representations of deeper universal constructs. We are not simply men and women. We are layers of masculine and feminine energies in various configurations. And in this world where creation has many interesting iterations, those energies do not always align with the physical reality.

In artistic terms, there is the dot, the line, and the circle. Masculine energies are the line, while feminine energies are the circle. Traditional genitals on men and women are representative of this. The dot is the seminal seed which connects the two in starting life. It is important to emphasize the difference between male and female, masculine and feminine. Do not conflate the two.

Long ago I had been taught that the three biblical patriarchs- Abraham, Isaac and Jacob correspond to the second tier of the Kabbalah’s tree of life. These attributes of Chesed (giving), Gevurah (restriction), and Tiferet (harmony) connect to the core value and narrative themes of their archetype, where Chesed is placed as the masculine side, Gevruah as the feminine side, and Tiferet as the synergy of the two in the center below.

Abraham is introduced in “Lech Lecha”, a phrase that is oft translated as “Go To Yourself”, but his movement inward is only for the sake of the following line, which indicates his need to move outward, away from the land he knows, his birthplace, his father’s home, to another land which he will be shown. Abraham, as Chesed, is a giver. His energy is very masculine and linear, like a phallus.

He travels a lot*, digs many wells, and serves those who visit him. He is always with companionship, whether it is Hagar, Sarah, or Keturah. Above all else, he is the father nations. Although his wife Sarah laughs at the idea of birthing a child, he never wavers.  Their lack of children together is seemingly from an issue with her more than him (which is in direct contrast to their son, see below). He also is the originator of the ritual circumcision, a spiritual uplifting of the primary organ on his body. Only after that does he manifest any feminine, circular qualities, like an open tent.

Isaac is Gevurah. His restrictions are throughout his brief time in the Torah. The birth of Isaac quickly changes narrative to discuss Ishmael and Avimelech and the continuing story of Abraham.  Only 26 verses later is Isaac brought back, and this time to go up and be a bound sacrifice as Abraham’s final test. This binding places Isaac as a submissive, physically restrained as an indicator is his emotional state. All the attributes that made Abraham an archetype of linear energy are lost on Isaac. He is literally wrapped up in himself, wrapping itself being a circular motion.

Isaac is set in his ways. Unlike his father or any Jew in the Torah hence, he never leaves the land of Canaan. He only re-digs wells that his father had already dug. Abraham’s servant Eliezer, not Isaac himself, goes to find Isaac a wife when he is 40 years old. When his wife Rebecca tries to conceive a child with him, they are at odds.

His Gevurah, a feminine energy that the Zohar says he was born with, prevents him from balancing with his wife’s physical female presence. The Torah verse is often translated as “And Isaac prayed to the Lord opposite his wife because she was barren”, but in fact the term “Hie” which translates as “She” is only read aloud that way- the text itself says “Hu”, meaning “He”. It is a pronounced swapping of the gender, pointing out that he was in fact the impotent one. This reversal of direction regarding his wife, to turn towards her in prayer, is his first linear action, and results in the conception of twins.

The twins each represent a completely different approach. Eisav, technically older, is dominant and “manly” in the stereotypical sense. He is hairy, brutish, and a pursuer. He takes wives as he pleases, from whichever families he chooses. He walks into a room and demands dinner like an abusive husband home from busting his hump at work all day. Eisav gains the favor of his father Isaac, essentially becoming the masculine wish fulfillment Isaac never could achieve in life. But his confidence is his downfall, like a man who doesn’t acknowledge the importance of balance in life.

The younger twin, Jacob, is named as such due to clinging to the ankle of his brother. From birth he is reaching towards the masculine, but just needs the time to find his footing*. His younger life is spent closer to his mother. He follows Isaac’s path. If Eisav is the hungry husband waiting at the table with knife and fork in hand, Jacob is the wife slaving over the hot stove all day. Their interaction in this moment as provider/provided is the benchmark of Jacob’s transition. He swaps the roles and bargains the birthright from his brother, dominating him with his feminine energy.

When the time comes to claim this prized blessing, Rebecca assists in helping Jacob “man up” by dressing him like Eisav and giving him voice lessons. The blessing itself is significant, but it is only in the chase that follows that Jacob is thrust into an Abrahamic journey. Eisav’s bloodthirsty pursuit leads to Jacob at rock bottom*, encountering a dream of ladders and angels. Sigmund Freud would surely see this as a manifestation of the phallus and sperm coming to adulthood.

After this dream, Jacob begins to manifest masculine energies in the vein of his grandfather. He is a man on the road. He is looking to secure a mate. At first he is taken advantage of by trickery by his uncle Lavan. This is essentially the last time he allows himself to be constricted by others who would seek to dominate him. But in this situation, he gains not only his love Rachel as a wife, but also Leah, Bilhah, and Zilpah. He makes linear movements towards his goals to become successful and return to his hometown. Whereas Isaac needed to adapt to father children, Jacob had no trouble in that department. As the father of at least thirteen children, his virility was never in question.

He sends gifts and makes canny strategies to return to face his brother on equal footing. He is pushing forward, while also surrounding with alternatives. But right before their encounter, Jacob wrestles a spirit of himself and in the process injures his groin. One could posit that his push into the masculine side of himself went too far, and it was time to rein it in so as to not further clash with Eisav. In this flow back and forth, Jacob is finding the harmony we would call Tiferet.

Jacob manages to find the balance, and is given a new name, Israel. His transition complete, he is literally taking on a new identity, not unlike a spiritual form of gender reassignment surgery. As such, his birth name no longer fits.

But this is not simply moving from one side of the coin to the other. This is a synergized manifestation of self, neither one nor the other and both. And so, in that sense, maybe we should refer to Israel as “Them”.